‘Come From Away’ Is Finally Streaming. Why You Should Watch It

It's a poignant story about human connection. 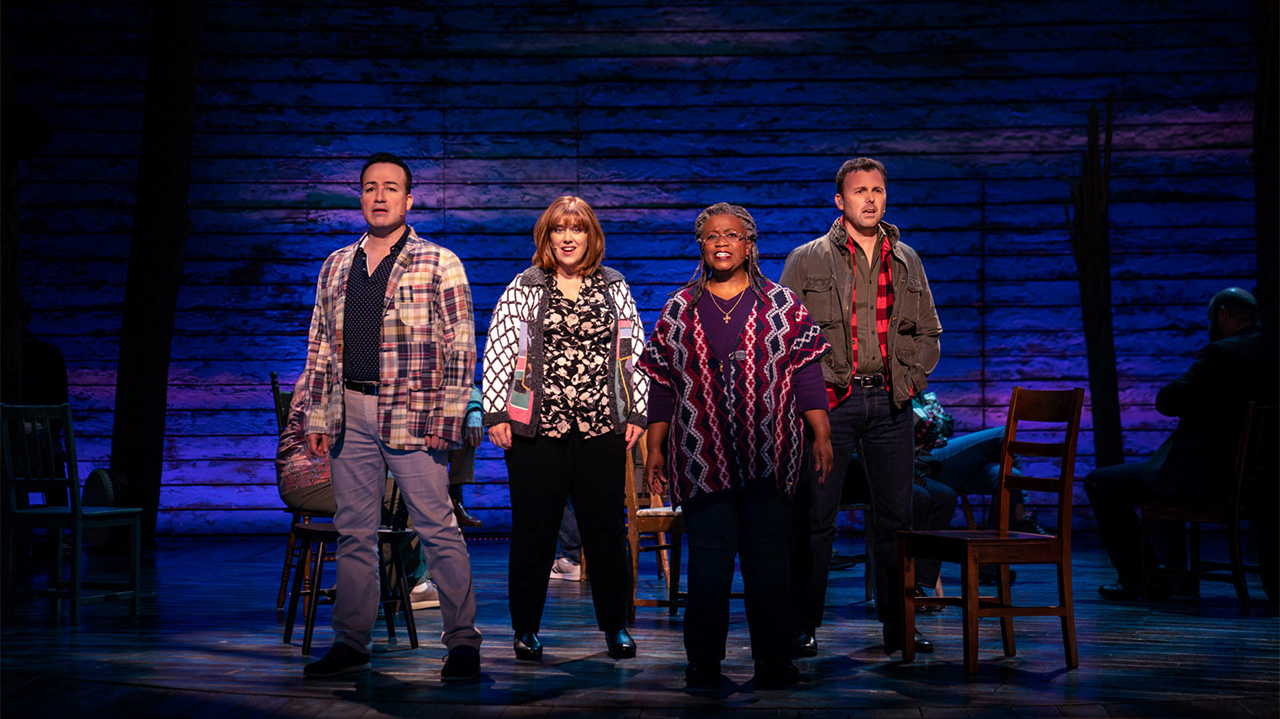 Twenty years ago, more than passengers and crew members were grounded in the tiny town of Gander, Newfoundland (a common refueling location) following the 9/11 attacks. The days that followed saw the community embrace their unexpected visitors during uncertain times, and later became the basis for Come From Away, the celebrated Canadian musical that debuted on Broadway in 2017 and debuted on Apple TV+ last week. The (almost, sort of) live theatre experience is a nice break from months of streaming TV and movies. Here’s why you should definitely check it out.

Before landing on the Great White Way and picking up pretty much every award possible (other than the Best Musical Tony—what a robbery!), Come From Away debuted at Sheridan College in Oakville, Ontario. The writers are both Canadian and of course the story—about the travellers who were grounded (and then stranded) in the tiny town of Gander Newfound following the 9/11 attacks—is complete with Shoppers and Timmy’s references and at least one fish kissing scene (more on that in a sec).

It’s a taste of “live” theatre suitable for COVID times

After eighteen months of non-stop Netflix, the chance to see a live performance is right up there with finally getting a pedicure. Still, with the fourth wave in full force, there are a lot of people who just don’t feel ready to sit in a room full of strangers. Enter this ideal middle ground: A Broadway musical that was filmed last spring in front of a live audience of first responders and frontline workers, overseen by the production’s original director Christopher Ashley (who won a Tony), and starring many of the original cast members. 100 percent chance of tears, 0 percent chance of exposure—plus you can press pause and go to the bathroom whenever you want.

Because COVID makes this story about human connection even more poignant

A story about a community that came together to help strangers amid a tragedy was always going to tug at the heartstrings. But seen through the lens of the last eighteen months, it all becomes even more life affirming: the camaraderie, the breaking down of barriers, the bursting into song (because sometimes life is really sad and you just want to hear a pilot sing a song about her triumph over adversity). Speaking with the Toronto Star about the thematic overlap, Christopher Ashley said, “2001 and 2021 are very different in some ways, but both of them are moments where society is being stressed,” Ashley said, “and the way out of it, I think, is being shown to us by these Canadians who led with kindness, and that feels like as great a story to tell at this moment as it was to discover in 2001.”

Because if you don’t know what a screeching-in ceremony is, you should…and you will

This time-honoured tradition is one way Newfoundlanders welcome outsiders (aka the “come from aways”) and involves doing a shot of screech (rum), reciting a few lines and then kissing a codfish.

Come for the charming Canadian musical, stay for everything else including The Morning Show (S2 starts this week!!!), Ted Lasso (the sports show for the anti-jock), Physical…we could keep going—or you could just get watching.