Why Shining Girls’ Spellbinding Portrayal of Trauma is So Accurate

Like Kirby, I experienced a traumatic incident that altered the course of my life forever. 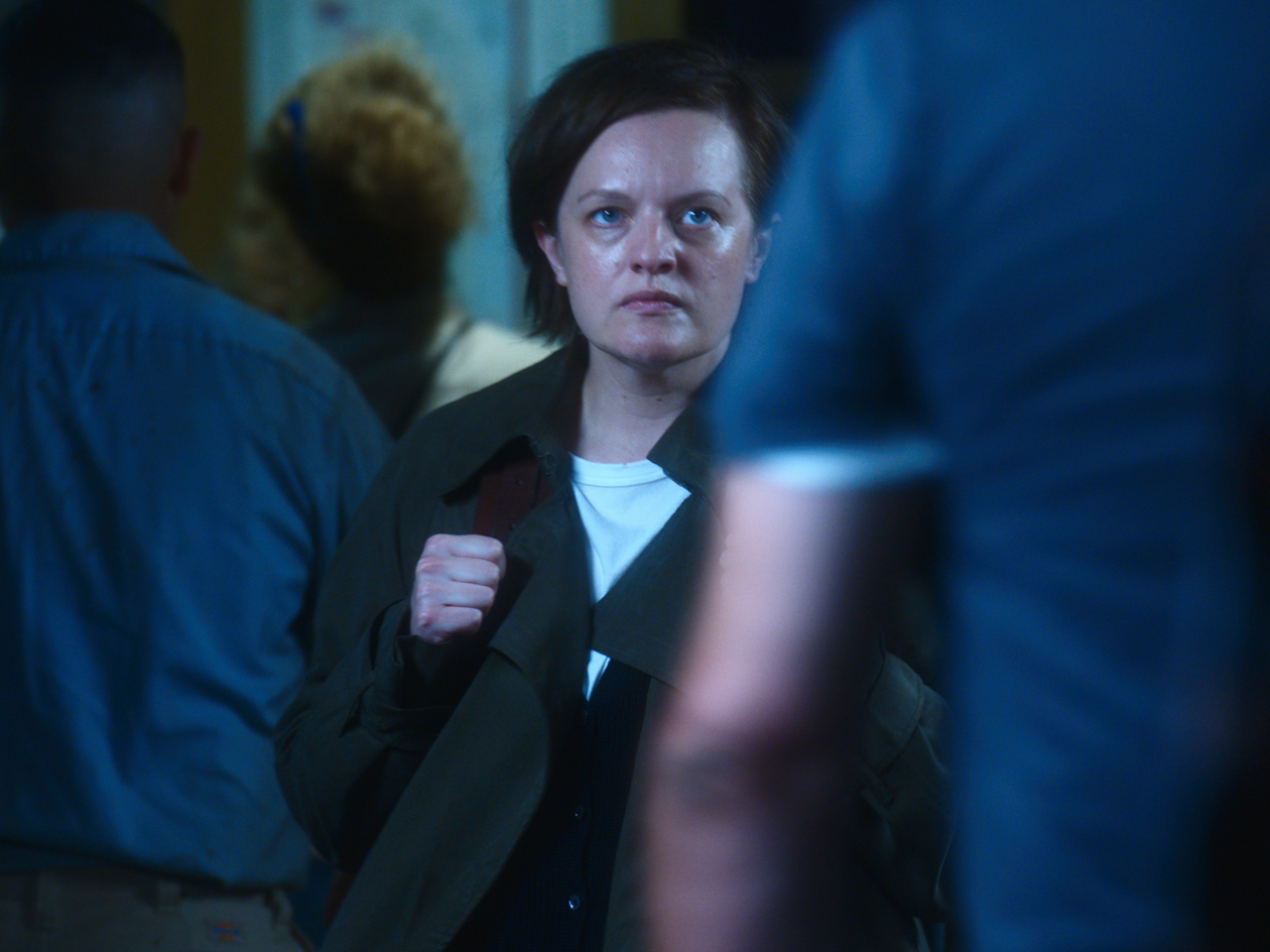 In Apple TV+’s sci-fi thriller Shining Girls, based on the 2013 award-winning novel by Lauren Beukes, the portrayal of trauma hits close to home. While walking her dog in 1986, Kirby Mizrachi (played by Elizabeth Moss), a woman in her 30s, is brutally attacked by a stranger, Harper Curtis (Jamie Bell). He cuts her abdomen open with a knife and leaves a matchbook inside her on the night she finds out she is going to get her first byline. The killer wants to snuff out bright, promising women right before they reach their prime. Kirby survives the attack and changes her name, having no memory of her assailant other than his voice. What Kirby doesn’t realize until later is that she is traveling through alternate realities.

Years later, in 1992, Kirby is an aspiring reporter working as an archivist at The Chicago Sun-Times when a woman’s body is found in a city pipe under shockingly similar circumstances. After learning the details, she shares her story with a colleague Dan Velazquez (Wagner Moura), an alcoholic journalist battling his own personal demons, determined to prove there is a serial killer on the loose. Dan struggles to believe the entirety of Kirby’s circumstances—she is an uncredible witness due to her shifting reality—but ultimately is the first person who doesn’t think she’s crazy. He decides to help her solve the case.

Since the attack, details in Kirby’s life constantly change—her job, pet, hair colour, apartment number and relationship status—and her material world shifts. One day, she comes home from work to find she is married to a colleague, a photographer, she hardly knows. As she stumbles through parallel universes, each of which has its own spin on the truth, she must repeatedly reorient herself. Kirby keeps a notebook filled with these varying specifics, a record to remember who she is.

Like Kirby, I experienced a traumatic incident that altered the course of my life forever: when I was three, I was raped by my babysitter, a 17-year-old girl. Also like Kirby, I am an unreliable narrator. My fragmented memories, resulting from my trauma, can be blurry and inconsistent. As a result, I have faced challenges in trusting myself and my own experiences.

Another thing I have in common with Kirby is that we’re both audacious journalists, using our investigative skills to track down information, piece together our own stories and prove, beyond a reasonable doubt, that they weren’t just horrible dreams. Through police and social worker records, interviews with loved ones and my own memories, I have begun to weave together a cohesive narrative about my life.

Growing up, I knew something terrible had happened to me but I didn’t understand what it was. My memories, ones I couldn’t distinguish from my dreams, played on repeat in the back of my mind. I was the sum of that experience, the one I couldn’t name. It came to me in the way I treated myself—with neglect. I had poor hygiene, bad habits and a tornado of a bedroom.

For years, I struggled to make sense of what I could recall, pieces that didn’t fit together. I could feel the impacts of trauma. As a child, unknowingly, I suffered from depression. There was an implacable pain inside me and as time progressed, I became determined to find its source.

In Shining Girls, Kirby knows this feeling all too well as she struggles to reconcile her past trauma with her present circumstances. As she gathers evidence, she begins to answer the questions that have been taunting her for six years: “What happened to me?,” “Who am I?,” and “How did I get here?” Questions that I often asked myself.

I have always been drawn to facts and figures, a knowledge that grounds me in the present and tethers me to the past. As part of getting to the bottom of my own story, I filed two Freedom of Information requests, one to the province of British Columbia (where I grew up) and another to the RCMP. Months later, I received records with definitive proof of what happened to me. I felt vindicated as I scrolled through a harrowing 72-page-long PDF. At last, I had information surrounding the formative experience that has shaped who I am today.

Previous to this, I had to rely solely on my own memories, one of the earliest of which begins in an empty courtroom. I clung to my mother as we entered the space that felt so massive, it could swallow me whole. She gently placed me in the witness stand, where I sat underneath a huge, looming microphone. I was terrified, not understanding where I was or why. I wanted to crawl deeper inside and hide where an adult plaintiff’s feet would rest. To this day, I don’t know if this ever happened or if it was a nightmare—the experiences my parents have recounted of our visit to the courts are much different.

In the season finale of Shining Girls, a limited series, Kirby discovers the source of time travel, a house that moves through the ages. She also learns who her attacker is. Each time Harper exits the house, he emerges into a new day that can be lived over and over again. Kirby hides inside the home, awaiting the killer. Once he returns, the two have a standoff, which ends in her stabbing him but allowing him to live. Kirby tells Harper that he can go but she can always kill him in another timeline. She becomes the keeper of the house.

While I have not directly confronted my rapist, I have discovered her identity. On many occasions, I have stared at her Facebook page, clicked through her photos and tried to understand why she did what she did. I will likely never reach out nor seek amends but I feel empowered by the ability to finally face her, although in an indirect manner, after decades of not knowing the truth.

Shining Girls offers a rare vision of closure on television—a traumatized woman gets justice and regains agency over her life and story. While my rapist has never been held accountable, knowledge has been power, allowing me to make sense of the disarray of my life and reclaim the autonomy that was stolen from me as a child.