A primary theme of this CBC Gem doc is what constitutes an authentic identity, especially as it pertains to colonized people living in Canada. 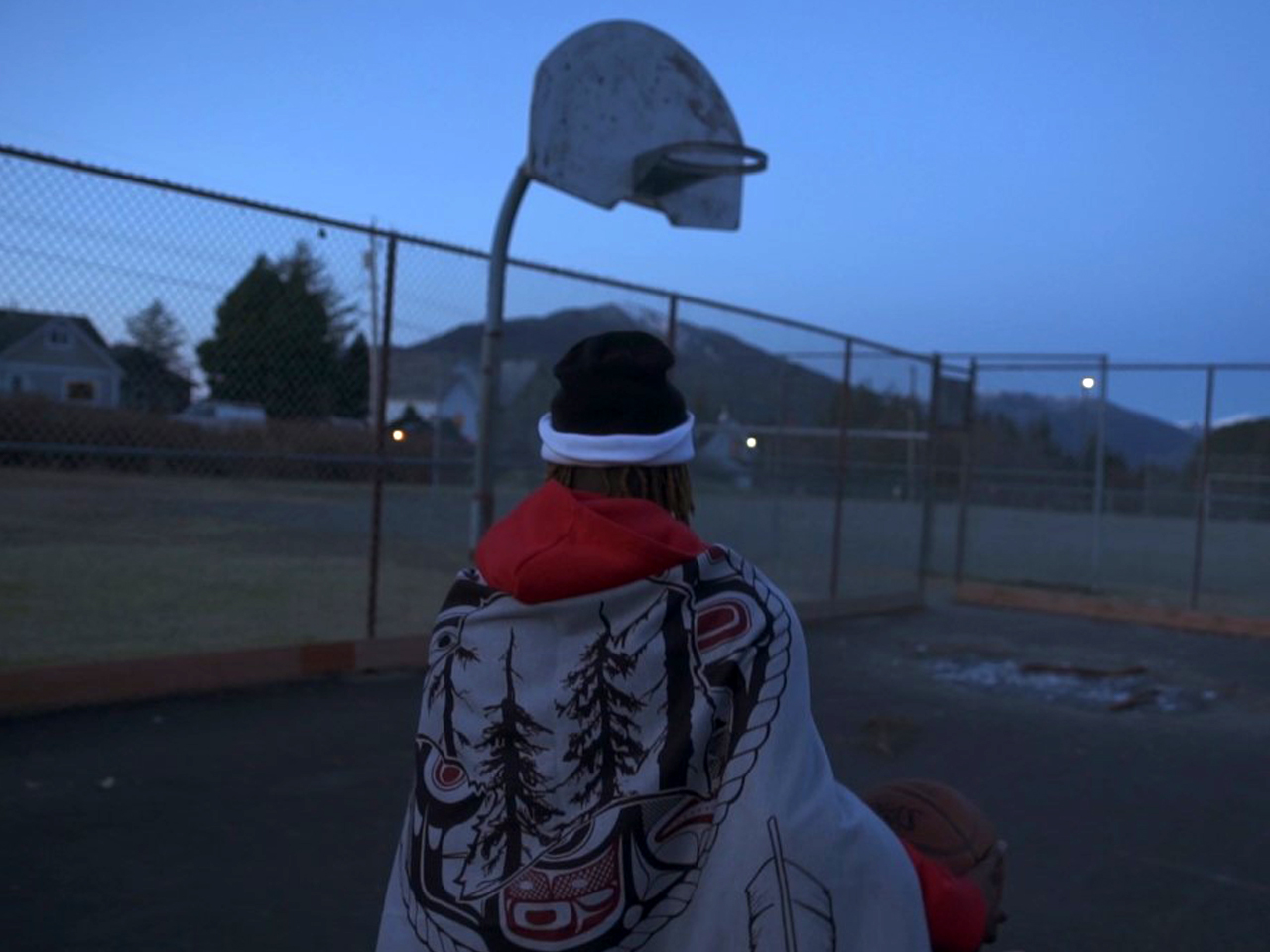 When Josiah Wilson’s parents arrived in Haiti in the 1990s, they hadn’t been planning on adopting children. That changed when they met Josiah and Mariah, two babies adopted from the same hospital. The result of their trip was the formation of a loving, tight-knit Indigenous family: a Heilstuk father, white mother, two of their biological children, and two Haitian children.

Creating a sense of home outside of Haiti for Josiah and Mariah was a major hurdle—one they overcame with the care of a loving community. In One of Ours (2021), a documentary that introduces us to the Wilson family, filmmaker Yasmine Mathurin reveals to us Josiah’s unique story and the ongoing complexities of settler-colonialism. More specifically, One of Ours, which was released on Jan. 23 through CBC Gem and is nominated for three Canadian Screen Awards, ruminates over the moment Josiah stopped feeling welcome in his community.

Josiah’s adolescence was consumed by his struggles of being a Black child adopted into a family that didn’t look like him. To address his confusion about his identities he focused on basketball. As a member of the Heiltsuk Nation, he played competitively in the All Native Basketball Nations Tournament for years for his nation’s team. Josiah participated annually until 2016, when he was disqualified due to a blood quantum policy: As a young Black man, his right to participate in an Indigenous league was revoked, many would say unfairly, because he didn’t have the requisite 1/8th Indigenous blood—despite holding a status card and being embraced by the community.

One of Ours is a gorgeous, yet difficult, documentary that unravels feelings of displacement and our colonial understanding of identity-formation in Canada. Here are four important lessons from the CBC Gem film.

Josiah’s story helps us tackle what constitutes an authentic identity

One of the primary themes in One of Ours sits with what constitutes an authentic identity, especially as it pertains to colonized people living in Canada. Josiah’s story shows us how the blood quantum rule—established by British United Colonies in the 20th century to legally define a racial population—still dictates and impacts Indigenous identity. With the rise of pretendians in recent decades, arguably, blood quantum rules help clarify authentic Indigenous identities. Despite being from Haiti, a country colonized by the French, Josiah’s kinship to a community he grew up in was denied. One of Ours urges us to consider: how do we still run into the customs and structures of colonial rule?

Our definition of ‘home’ is always subjective

In one scene, Josiah is standing by a lake in Bella Bella, an Indian Reserve in British Columbia that is home to the Heiltsuk Nation. He tells us about his annual return to his place of birth, Haiti. As the camera zooms in on the shores, he points out the geographical similarities between Canada and Haiti for him: the water, land and nature draw nostalgia for his many roots and routes here. In this short scene, Josiah is telling us there is no set definition of what makes a place home. It’s where we feel at home. It’s an entirely subjective, emotive and personal definition.

Our understanding of belonging is shaped by colonialism

Throughout many parts of One of Ours, we are reminded of how the idea of belonging and colonialism are deeply intertwined. Josiah is grappling with colonial administrative understandings of Indigenous identity through a basketball league. Although his rejection as a competitor is painful for the young basketball player, we are quickly made aware that blood quantum rules can help preserve and maintain an ‘authentic’ Indigeneity. It reminds us how belonging to a place is shaped by ongoing colonialism.

In the film, we are introduced to a main character of the Wilson family: Josiah’s late paternal grandfather, Papa. We see him in small glimpses through archival photographs of Papa with a young Josiah or laughing with his son decades before children came along. A major figure in Josiah’s journey and process of accepting his new family, Papa played a powerful role model in Josiah’s life before he passed. The loss of this figure, compounded with being disqualified from playing basketball, makes the weight of Josiah’s grief heavy. However, he demonstrates to us that when we confront our grief, we are accessing another terrain of transformation. Josiah’s grief for Papa becomes a primary ingredient in his resistance against the All Native Basketball Nations Tournament. Papa’s love reminds Josiah to love himself unconditionally.

In his process, Josiah teaches us that healing comes differently for each of us, and we all have our own pace and method to arrive at it. But most importantly, Josiah’s story reminds us that embarking on healing is an endeavour that requires a loving and supportive team—and is rarely achieved alone. Throughout One of Ours, one thing remains clear: the Wilson family is tight-knit and willing to do anything they can to lift one another up. Josiah’s continuous nostalgia for Papa is also a reminder that our support systems don’t have to physically be present for us to believe they are fighting with us, too.