What Is A Community Seed Library? What I Learned From Using One For My Garden

Gardeners 'check out' seeds from the library at the start of the growing season; at the end, they harvest seeds and return them to the library. 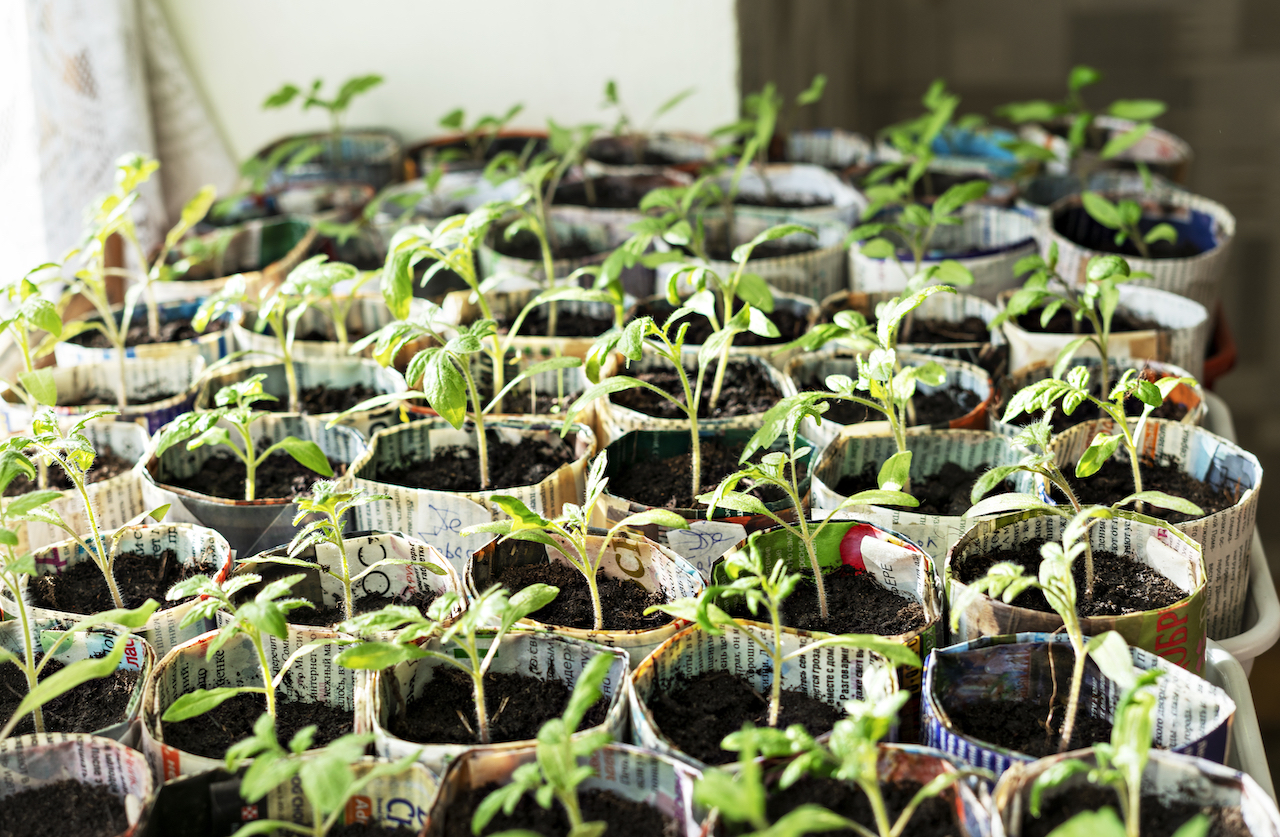 Last summer I became one of those pandemic-inspired gardeners. Stuck close to home and vaguely concerned about supply chains, I filled my sunny patio with pots of planted vegetables and found joy in the heady scent of my (somewhat misshapen) tomatoes. Even so, it was not all success. I’d envisioned an entire rainbow of farmers’-market-worthy produce—pink chard, purple broccoli, five shades of tomatoes—but, as I discovered, the cost of those little heirloom seed packets adds up fast. What’s more, I didn’t know what to plant. I live in a mountain town in southeastern B.C.. Summers are extremely dry, sunny, and short. Were Indigo Rose tomatoes even possible?

What is a seed library?

Saving and sharing seeds is as old as agriculture itself, but with the increasing industrialization of farming, this tradition is disappearing. In the last century, we’ve lost 75 percent of the genetic diversity of agricultural crops and today just four companies control 60 percent of the world’s seed sales.

Seed libraries are bringing back seed saving and sharing practices—and the diversity that brings—through open access to traditional varieties.

Gardeners “check out” seeds from the library at the start of the growing season. Four or five months of planting, weeding, watering and (hopefully) eating later, they harvest seeds from some of their best plants, and return what they borrowed.

This seed saving cycle is possible because the traditional varieties stocked by seed libraries are open-pollinated, meaning pollination happens naturally (by bees, birds, etc.), and that the off-spring produced will be predictably similar to the original plant. Collect and plant seeds from your sweetest open-pollinated tomato, and you’ll get similarly sweet tomatoes, year after year. Highly prized varieties that have been passed down for many generations are called “heirlooms,” and contain all the genetic diversity picked up along all the way.

In contrast, most commercial varieties are hybrids, created by deliberately cross-breeding two distinctly different types. This can produce some very desirable traits —but subsequent generations grown from saved seed (if it can be collected) will be unpredictable, and will not closely resemble the original plant. This means hybrid varieties are not suitable for seed saving. Instead, hybrid seeds must be purchased each year.

By providing access to open-pollinated seeds, seed libraries are putting seeds, and the genetic stories they carry, back into the hands of communities.

Where to find a local seed library

The first seed library in North America opened in 1999, and there are now over 100 in Canada. Most run out of public libraries, often in association with community gardens or non-profit groups, so these are good places to check if you are looking for one in your community.

Many seed libraries also hold outreach events. In my community, every spring the Kimberley Seed Library and Wildsight, a non-profit, co-host a Seedy Saturday event to kick off the growing season, and this year I went along to our public library to check it out.

The event began with a presentation on gardening tips (working with our soils, when to plant what, etc.). There were also gardening books on display, handouts on planting and preserving, instructions on seed saving, grow-your-own bean kits for kids, and more. Through these kinds of outreach programs, seed libraries help build gardening knowledge in communities.

And, of course, there were seeds: Marketmore cucumbers, Grand Rapids lettuce, Hot Portugal peppers, marigolds, mustard greens, dill and many others. Seed saving skills take time to develop in communities, and some seed libraries, like the one in Kimberley, supplement collected seed with purchases or donations of open-pollinated heirloom seeds (particularly as the pandemic has disrupted outreach events over the past few years). All the seeds available to borrow were open-pollinated and suitable for my region. I carefully shook a half dozen of different types into makeshift paper envelopes and went home ready to grow my rainbow of produce. Pandemic permitting, I’ll come back for their seed saving workshop in the fall, so I can add my own seeds to the library’s collection.

The Richmond Community Seed Library, in British Columbia has been running for 10 years, and is one of Canada’s oldest. It is managed by Urban Bounty in collaboration with the Richmond Public Library, and serves the 500 people who use the city’s community gardens, as well as backyard growers.

Grace Augustinowicz, who manages the seed library, says interest in growing food locally has soared—and she’d like to see that interest extended to seeds.

“People are very excited about growing their own food—because of food prices and disruption to supply chains, because of environmental impact, because they like the flavour,” says Grace. “So if you think those things about food, why not apply that to seeds as well?”

Commercial seed is often grown far away from where it will be planted, under very different conditions. Seed libraries can get people thinking about the link between locally grown, locally adapted seed and self-sufficiency.

“Organizing our food systems around this global trade just isn’t sustainable. When people get seeds from the library it puts these things on the radar,” she says.

Seed saving requires some knowledge—for example, each tomato variety must be grown a minimum distance from others so they don’t cross-pollinate, lettuce seeds require careful cleaning and drying—so many seed libraries run workshops to support gardeners who want to learn the trade. Peas and beans are amongst the easiest to work with, so I’ll try my hand at those this year, making sure to note the variety, year harvested, original seed source, and if other varieties of the same plant type were grown nearby.

“When people return their seed to us and we see how much care they have taken to record everything, it’s so rewarding. We never get tired of that.”

Why libraries promote diversity and resilience

Traditionally, farmers collected seed from their best plants to sow the following season, leading to regional variations that developed over generations. This changed with modern industrial and commercial agriculture, which favours uniformity over local adaptation or specialized tastes.

“A hundred and fifty years ago, anybody that grew food grew seed,” says David Catzel, Seed Security Manager at FarmFolk CityFolk, a non-profit organization working for sustainable agriculture in B.C. “And you also traded seeds and that’s why we had such a huge diversity of different varieties.”

Community seed libraries can help bring back diversity and resilience in two ways; by increasing access to a greater number of varieties, and the number of places those varieties are grown. In other words, by helping people grow more kinds of food in more different places.

“If you’re in eastern B.C. and I’m in western B.C., and we both grow the same variety [of a vegetable] for a number of years, in the end those two are going to differ a little bit,” he explains. “You’re building some resilience within the variety.”

That gives us options.

“It might be that in 10 years from now, our weather will be drier, and the seed saving you’ve done over the last 10 years in your drier climate might benefit me more,” he says. “Seed libraries engage people in seed saving for their local community, but if we can connect that to the broader seed network, then it’s actually helping maintain seed security across B.C. and even Canada.”

That feeds back into supporting local food systems.