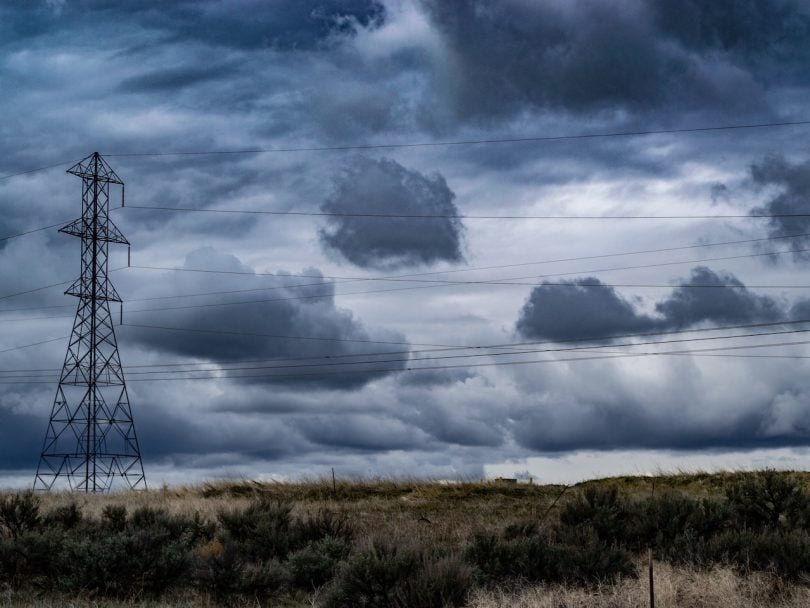 Climate change can seem like a far-off distant problem. The reality, though, is that climate change is affecting us today. It’s doing this by taking many of the risks we already face naturally—floods and storms, heat and drought—and supersizing or exacerbating them. And the more carbon we produce, the more dangerous the effects will be over the coming decades. Many continue to believe in some misleading myths. Here are the six I hear most frequently.

It’s been warmer before, so it can’t be humans now

It’s true that the world has been warmer before—but that was a long time ago, before this planet was home to more than seven and a half billion people. In the past, when climate changed it was due to natural reasons: changes in energy from the sun; predictable cycles in the earth’s orbit that drive the ice ages and the warm periods in between; and massive, sustained volcanic eruptions that cooled the earth.

Today, scientists have examined each of these “natural suspects,” and they each have an alibi. According to the sun, and natural cycles, and even volcanoes, the earth should be cooling right now, not warming. But by digging up and burning coal, gas, and oil, we’re producing massive amounts of heat-trapping gases. These gases are building up in the atmosphere, wrapping an extra blanket around the planet. That blanket is trapping more and more of the earth’s heat that would otherwise escape to space. And that’s why the planet is running a fever.

Scientists still aren’t sure about this whole thing.

First coffee’s good for you, then it’s bad: it often seems like scientists are always changing their minds. But when it comes to climate change, that’s not the case. The basic science that explains climate change has been well understood since the 1850s. It’s been more than 50 years since U.S. scientists first formally warned a U.S. president of the dangers of climate change: and that president was Lyndon B. Johnson. Today, eight scientific organizations in Canada, including the Canadian Geophysical Union and the Royal Society of Canada, have issued official statements on climate change.

So why do we see people in the news downplaying these facts and calling into question more than a hundred years of science? These are deliberate attempts to muddy the waters in order to delay and prevent climate action.

Canada’s not big enough to make a difference.

It’s true that Canada is responsible for about two percent of global emissions today. But historically, if you count up all the carbon we as a nation have released since 1850, we’re ranked tenth of the world’s biggest emitters. And if we consider our emissions per person, it’s even worse. We represent less than 0.5 percent of global population yet, according to calculations I made using 2014 numbers, one Canadian emits the same amount of heat-trapping gasses as two and a half people living in the U.K., 10 people living in Zimbabwe, and more than 20 Yemenis.


Climate change is a tragedy of the commons. It means that we all contribute to it, so we all have to be part of the solution.

Climate change is a good thing for Canada

Sure, climate change matters to polar bears, and maybe people who live on low-lying islands in the South Pacific. But Canada’s a cold country. What’s the big deal?

Today, the planet is warming at a rate far faster than anything we’ve experienced in the entire history of civilization. Sea level is rising, threatening two-thirds of the world’s largest cities that lie within a metre of sea level. As heavy rainfall and heat becomes more frequent, it’s leading to costly impacts on the trillions of dollars’ worth of infrastructure we’ve built to withstand the conditions of the past, not the future. Stronger and longer droughts exacerbate the demand for water resources in many parts of the world where it’s already over-allocated. And climate change will lead to food scarcity and exacerbate poverty, making life for the poorest on this planet even more difficult.

The bottom line is that climate change is a threat multiplier that touches everything, from our health to our economy to our coasts to our infrastructure. And it’s no longer a distant issue in space or time: it’s affecting us, today, in the places where we live.

One cold day makes us feel chilly—but it doesn’t negate the fact that the entire planet is warming over decades. Think of it this way: weather is like your mood, and climate is like your personality. Weather is what occurs in a certain place at a certain time. Climate is the long-term average of weather over decades. The fact it was cold and snowy this winter is weather. Global warming or not, we’re still a northern country which means it still gets cold and it still snows in the winter (and sometimes the spring and fall as well!). Since 2000, we’re seeing far more high temperature records than cold ones. Guy Walton, a meteorologist from Atlanta, Ga., calculates that since 2010, we’ve broken more than 14,000 cold temperature records at weather stations across Canada. But over the same time period, we’ve exceeded more than 35,000 hot temperature records.

Helping the environment will kill the economy.

By 2025, clean tech could be one of the Canada’s top five export industries, totalling an estimated $20 billion annually, according to Canadian government forecasts and there are other jobs that skilled energy workers can do, from drilling for something other than oil and gas to re-training for new jobs.

The reality is that the world is changing. We’ve been blessed with abundant natural resources that have served us well in the past: lumber, minerals, fossil fuels. But in the new clean energy economy, we need to do things differently and smarter. And the fact that we do have abundant wind and water, enough solar to get things done and the technical know-how means that we have the opportunity to lead. We just have to do it.

Katharine Hayhoe is a Canadian atmospheric scientist. She’s a professor of political science at Texas Tech University, where she is director of the Climate Science Center.