Journalist and story gatherer Christine Genier is a Woman of the Year for speaking her truth at all costs. Here, she shares her own highlight from this highly eventful year. 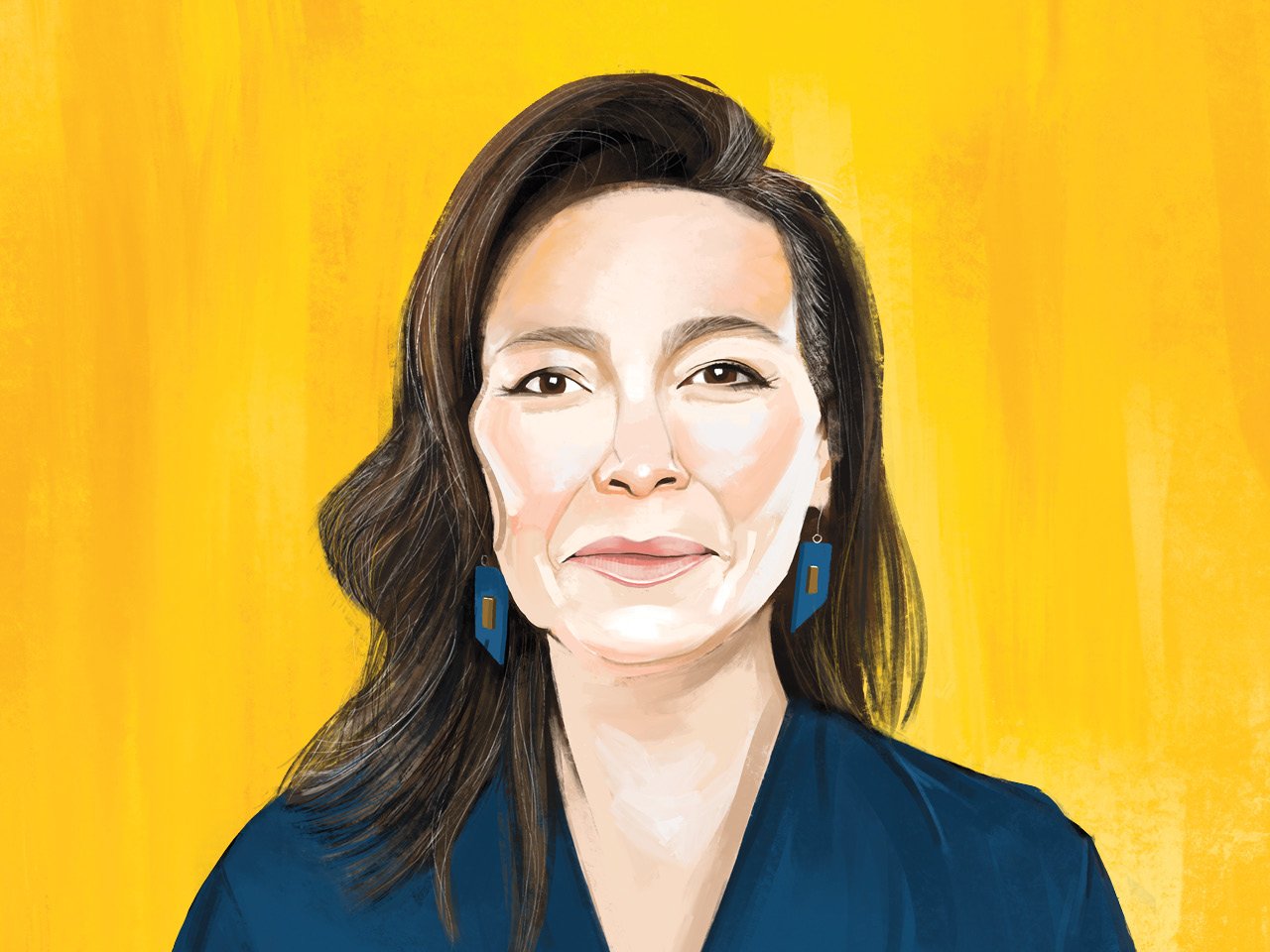 “Everything needs to change now. We are out of time.” That’s part of what Christine Genier, former host of CBC’s Yukon Morning show, said haltingly—on air and off script—before resigning from her position last June. She was speaking out about the public broadcaster, while on the broadcaster’s airwaves, lamenting the suppression of Black and Indigenous voices at the CBC. Born and raised in the Yukon, she is a citizen of the Táän Kwách’än Council and a woman of the Wolf Clan descended from the Tagish Chän, coastal Tlingit, and European people.

“It was June 8, and I was nearing the end of my on-air shift. The song ‘Courage’ by Alejandra Ribera was playing, and all I could hear was her beautiful, strong voice. And I thought: It’s now or never. I spoke for about four minutes, saying that it was hard to speak the truth as an Indigenous woman under the journalistic standards and practices of the CBC.

I spoke out because when Indigenous people leave quietly, it comes down on us—that we can’t do the job. I know so many of us who can do this job, if only we didn’t have to do the other job of fixing racism. I am a big believer in educating people. But I need the other party to be open to receiving that education. Otherwise, it doesn’t work.

This is where we hear the word reconciliation being used. As a buzzword, it looks great. But we skip over the truth part—it’s truth and reconciliation. And the truth is quite painful: There’s a lot of change that a lot of people have to do.

Since I left the CBC, I’ve been working on a language revitalization project. I’ve been spending time with my family and recording everything they’ve been saying. Maybe it will just be for my children, my grandchildren, my great-grandchildren. My fear is that we are losing some of what we’re trying to capture in making it palatable to a mainstream audience.

Speaking out, even though it probably cost me any opportunity to do that job again, has made me a better journalist. A big part of my life has been about decolonizing, but also recognizing that that starts with me. There’s a lot of decolonization that I have to do in my mind and in my heart.”