Many companies offer services that supposedly take carbon out of the atmosphere to counteract your emissions. But is it the best way to help the environment? 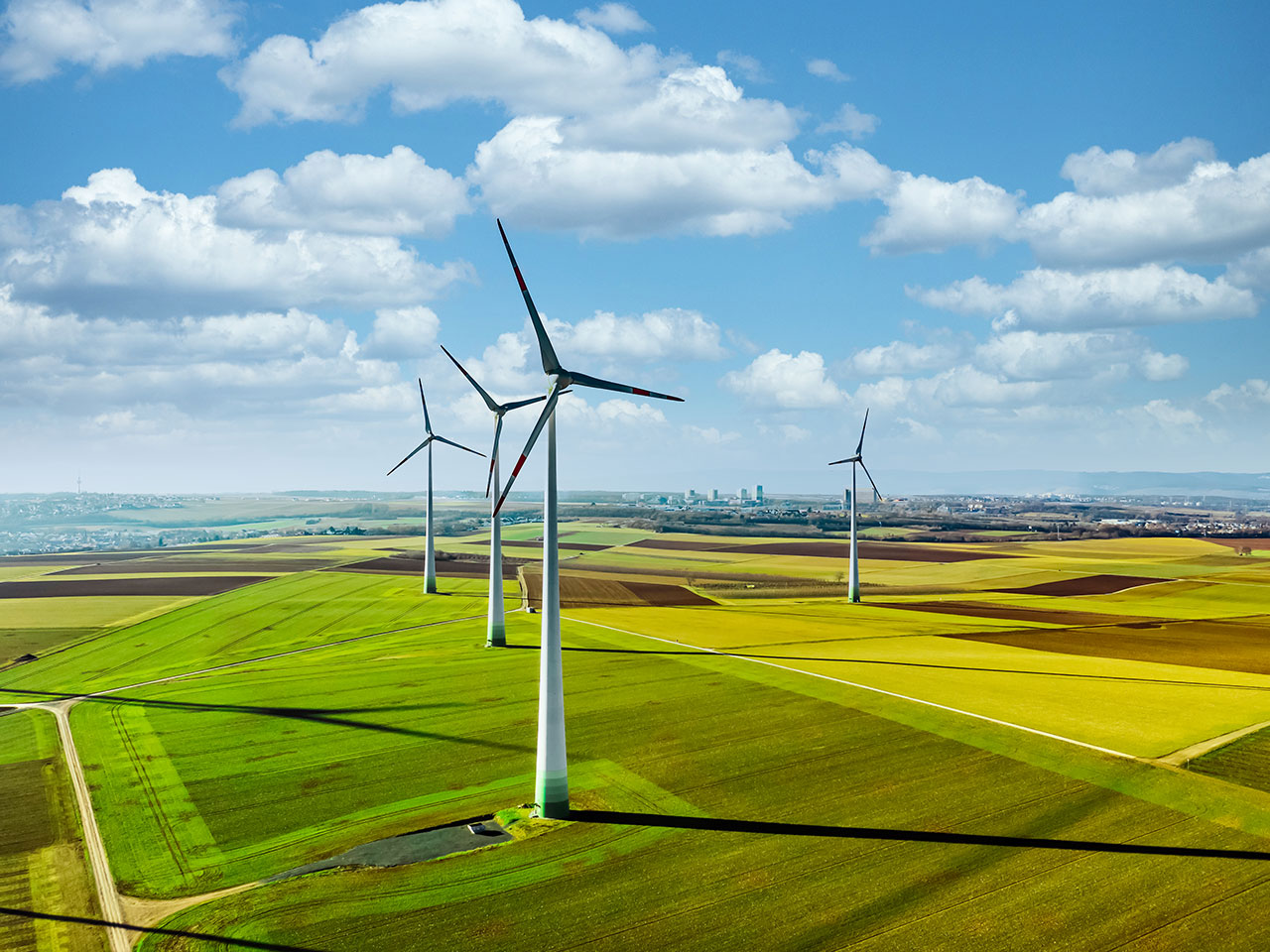 With dire climate change reports piling up, many Canadians are looking for a way to mitigate their individual carbon emissions. You may have come across companies like Wren or Terrapass offering to offset your carbon footprint from heating, cooking, travel and shopping—essentially taking your CO2 and other greenhouse gas emissions (often referred to collectively as carbon emissions) out of the atmosphere—for as low as $8 a month. So do these services actually help the environment, or are they just a way for us to feel better about our emitting ways?

Chatelaine spoke with three experts about carbon offsets and what you can do to help mitigate carbon emissions and climate change.

What is a carbon offset?

Lots of our everyday actions cause CO2 and other greenhouse gases to be emitted into the atmosphere—from online shopping to taking a vacation or even eating a steak. Carbon offsetting means taking steps to reduce the amount of CO2 in the atmosphere in order to make up for carbon emitted elsewhere.

Sara Hastings-Simon, an assistant professor and researcher of climate policy at the University of Calgary, says carbon offsets measure a reduction in emissions that wouldn’t have happened if you hadn’t paid for the offset. This complicates the calculations involved in offsets: How can you ensure that the project you’re funding to reduce carbon levels isn’t actually emitting carbon itself? Or whether the carbon reduction would have happened regardless of your payment?

Some projects may not have immediate effects on the atmosphere’s carbon levels. Christine Leclerc, a student researcher at Simon Fraser University’s Climate Research Lab, points out that planted trees may take 20 to 30 years to start absorbing large amounts of carbon. A lot of projects are “not guaranteed in a very short turnaround time,” they say.

In addition, offsetting the damage we do to our environment is not as desirable as preventing the damage in the first place. Suzanne Chew, a doctoral researcher in environmental decision-making at the University of Calgary, describes offsets as “harm reduction mechanisms—which are better than doing more harm, obviously.” But she and Leclerc warn against depending solely on carbon offsets to mitigate climate change. “We would run the risk of thinking that there’s no harm associated with our emissions because we’re able to offset them,” Leclerc says.

What kinds of offsets are available?

Carbon offsets were originally designed in the early 2000s to provide companies with a way to mitigate their emissions. Today, governments and companies like airlines can use offsets as part of their move toward carbon neutrality. Individuals who are interested in purchasing offsets generally have two options available to them: action-specific offsets, and general personal offsets.

Action-specific offsets are bought to mitigate the effect of one thing that an individual does. For example, you can purchase an offset for a flight that you take, to make up for the carbon emitted during your flight.

General personal offsets aim to mitigate your entire carbon footprint, not just for any one action. You can use a carbon footprint calculator to figure out how much carbon your actions emit per month, and purchase a one-time offset or opt into a monthly subscription.

Should you consider buying an offset?

Even if carbon offsets aren’t the ideal way to support climate action, they can still be a good starting point, Hastings-Simon says: “It’s certainly better than not doing that, or spending that money on something that’s going to create more emissions.”

Although decarbonizing industries is the more climate-friendly option, Leclerc says certain industries may have more difficulty eliminating emissions than others. It’s difficult to eliminate all agricultural emissions, for example. And although the aviation industry is responsible for 2.5 percent of global CO2 emissions, people still want to take flights—for instance, to see family members who live far away. If you’re taking a flight, then, you might want to consider buying an offset.

What should you look for in an offset?

Wren and Terrapass are just two of the many companies that offer individual offsets, which means there’s a wealth of projects to choose from. How do you know which one you should support?

Chew recommends finding a project that resonates with you, which can help you feel connected to the climate action movement. “It creates that relationship that you wouldn’t otherwise have, so it hopefully makes it a little bit closer to home for you,” she says. She suggests taking it as an opportunity to become more aware of the impacts of the climate crisis on different ecosystems and communities, as well as using it to start conversations with your friends and neighbours about what they can do to help climate action. “It’s a great tool for connecting you with the global implications of climate change,” she says.

Leclerc suggests digging into the details of any project you want to support to make sure you fully understand what they’re doing. For example, Terrapass offers a project that captures methane emissions and pipes it to local residents to burn as fuel—which puts more carbon dioxide into the atmosphere as a different form of emissions. “You’re trapping one, which is good, but then you’re releasing another,” they say. “They’re not necessarily removing the carbon dioxide from the atmosphere, or they’re not necessarily removing it quickly.”

How else can you support climate action?

Here are three simple ways you can contribute to climate action.

Take small actions to raise awareness: Even one person’s actions can inspire others to become more environmentally conscious. Research shows that installing solar panels on your roof, for instance, makes your neighbours more likely to do the same.

Hastings-Simon says that individual actions like cycling to work can also be contagious: “The more people that are riding bikes, the more that demand gets created for bike lanes, which can enable even more people to ride bikes,” she says. “There are things that you can do locally that really help to multiply that impact.” She suggests looking for actions that both reduce your emissions and improve your life in some way; for her, that means walking or biking to work. And you don’t have to make huge investments either—active transportation can start with one trip a week, or eating greener can start with meatless Mondays.

Contribute politically: Hastings-Simon points out that the idea of the individual carbon footprint was popularized by British Petroleum in the early 2000s in order to shift blame for climate change off corporations and onto individuals. “Of course, taking individual action is a good thing,” she says. But it’s difficult to cycle to work if your city doesn’t have bike lanes, and electric cars require convenient charging ports. “We are very limited as individuals by the society in which we live,” she says, which means that one of the best ways to help climate action is to push for greater societal change. Her biggest suggestion is to vote for and contribute to political parties who have climate action commitments. Donating to a campaign isn’t much more work than buying an offset, which makes it an easy step to take. “Voting and working in the political system to create the conditions so that people can take these actions is key,” she says.

Build community: Chew says one of the biggest challenges in climate action is that people just don’t talk about the climate crisis. “And if we can’t even have conversations about climate change, it’s gonna be hard to take action on it,” she says. With that in mind, she says one way to contribute is to build a community around climate activism. It’s easy to burn out if you try to tackle it on your own, she says. “It’s about learning, building awareness—but mostly building community, making sure that you have that support structure so that you actually can go on to engage in climate advocacy.” Some ways to do this include starting a book club to get people thinking about environmental issues, or joining your local climate action chapter or group.

Purchasing individual carbon offsets can be a good way to get started with climate action, and they can also act as a conversation starter to get your friends and neighbours thinking about climate change, too. In terms of activism, though, there are better ways to help—like using your money to donate to political campaigns that make climate change commitments, or raising awareness by cycling to work, or even talking about climate change with other people. Because the problem is so big, it’s tempting to think that there’s nothing we can do. So Hastings-Simon says that any starting point is a good starting point: “Whatever people feel passionate about, they should really start there.”

Correction: This story has been updated to clarify that planted trees may take decades to absorb large amounts of carbon.