Ginella Massa Gets Her Own Show, And Makes History—Again

The groundbreaking Muslim journalist makes her move from local to national coverage with her new primetime show on CBC News. 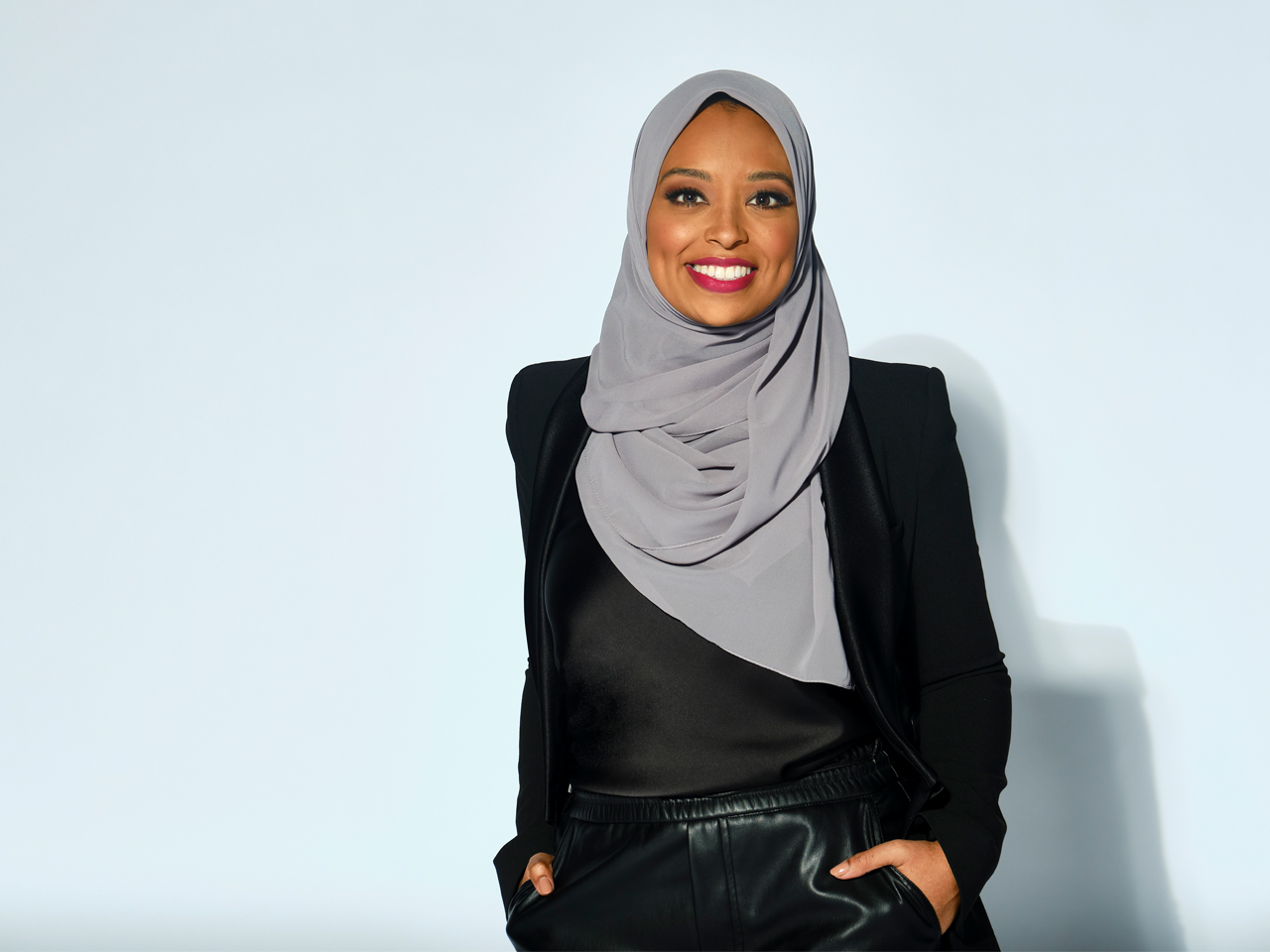 Ginella Massa was a chatty kid. Yet halfway through a speech competition at her Toronto school when she was nine years old, she blanked—despite it not being a requirement, she’d memorized her speech. She found herself standing in silence, without cue cards like everyone else, for what felt like an eternity. But the words eventually came to her, and with them, a win.

“It was the first time I felt like I could put all that talking to good use,” says Massa, a television journalist based in Toronto. It’s a skill that has served her well, especially as she prepares for her new national primetime show on CBC News Network, Canada Tonight with Ginella Massa, which is launching January 11.

In 2015, Massa established herself internationally as a trailblazer when she joined Toronto’s CityNews as the network’s first hijabi television reporter. The next year, she became one of its news anchors, the first hijabi to hold that position on any network in the country.

That's a wrap! Tonight wasn't just important for me. I don't think a woman in hijab has ever anchored a newscast in Canada. Thx @CityNews ❤️ pic.twitter.com/Uue2VVD41z

Being the first of anything comes with its own set of pressures. “It’s kind of a double-edged sword,” says Massa. “Sometimes I have to remind myself that I can’t be everything for everyone.” There’s often no room for failure, no room to be mediocre, and Massa has spoken publicly about the negative attention she’s gotten, including nasty tweets and messages.

In a 2017 interview with MuslimLink, an online news hub for Muslim Canadians, she said that criticism about her work as a journalist is fair, “but if it’s just a criticism about how I have chosen to dress that is really not my problem, that’s theirs.”

Being first can also be a little bit lonely. In 2018, CBC reported that Black, Indigenous and other racialized people comprised less than 15 per cent of its staff, and research suggests that other newsrooms aren’t much better. “I never wanted to be the first and the only. I wanted to see more people who look like me across different news mediums in Canada,” Massa says.

Since her small-screen debut, Canada’s media landscape has changed incrementally, with a couple more women in hijab on screen—including Fariha Naqvi-Mohamed, a video journalist at CityNews’s Montreal affiliate, and Zarqa Nawaz, who anchored CBC Saskatchewan’s six o’clock news in 2019.

The pressures she faces have also pushed her to be excellent, and she’s certainly inspired others. This past October, a young Muslim girl dressed up as her for Halloween. “That just really warmed my heart,” says Massa, who has been open about both her journey in journalism and her personal life. “It made me think ‘that’s exactly why I’m doing this.’ I think that when we don’t see ourselves in these positions, we often don’t even imagine them, or allow ourselves to dream that we could be there. And we feel like those spaces aren’t meant for us. I certainly felt that way for some time [and] that was something I had to overcome.”

And now her talents go national. Although Massa was raised in Toronto and lives in the city with her husband, she’s making a concerted effort to reflect different communities and experiences across the country with Canada Tonight. She’s been involved in building the show from the ground up, including gathering a team that isn’t entirely from the city.

The show will be interview based, using conversations with Canadians as a way to address news and current affairs. Along with delving further into the big headlines of the day, she hopes to talk about stories that are a little more offbeat.

“We want to hear from people who we don’t always hear in mainstream media,” she says. “When we talk to doctors, researchers, professors, I’d love to see more diversity in those spaces because often people of colour are only asked to speak on issues of race or racism, when they, in fact, are members of our communities in many other ways.”

As Massa gets set to make history again, she says her own hero is her mom, who immigrated to Canada from Panama when Massa was just one year old. “You could call her crazy or you could call her brave, but she was always somebody who created opportunities for herself. She didn’t wait to be asked, and that’s something that I learned from her.”