Will You Get A Work-From-Home Tax Break Next Year? What You Need To Know

Plus, what to prepare now. 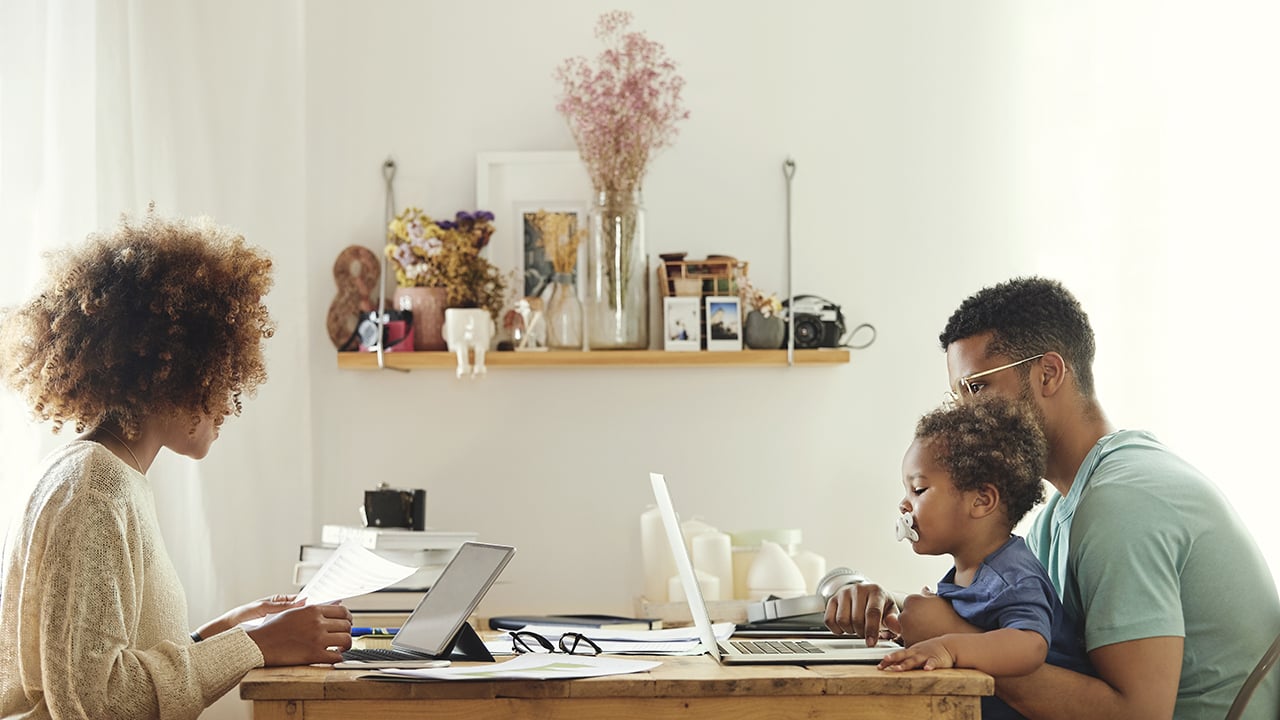 Ask Kaitlin Kirk, a chartered professional accountant in Ottawa, Ont., how busy she expects to be come tax time next spring, and she’s got one word for you. “Very.”

And no wonder. As the COVID-19 pandemic lockdowns pushed many Canadians to work remotely since March—forcing them to create makeshift office spaces at kitchen tables, on sofas or in guest rooms—many salaried employees may eventually be eligible for work-space-in-the-home tax deductions, similar to those now written off by freelancers and commissioned salespeople. And with that, would come a lot of paperwork—not just for accountants like Kirk, but for workers and employers too.

Approximately four in 10 Canadian workers are in jobs that can be done remotely, and 39.1 percent of them were doing just that in the last full week of March, according to Statistics Canada, so hundreds of thousands, if not millions, could be eligible for formerly out-of-reach tax breaks. That is, if the CRA clarifies or even loosens up some current requirements and thresholds.

“Everyone’s dusting off the rules again,” says Vivian Leung, senior principal, taxation for the Chartered Professional Accountants of Canada in Toronto. “This is definitely one of those areas where we’ve been getting a lot of questions, even from accountants asking how to advise clients.”

The issue likely won’t be going away either. According to an Angus Reid survey, two thirds of Canadians who work from home expect to continue to do so after the crisis. Only 36 percent said they expected to head back to the office full-time. Most assumed they’d split their time between home and work.

While there are still months to go before the next CRA tax filing deadline in April 2021, here’s what we know so far about potential deductions for salaried employees, including tips to stay organized along the way.

Just how much money could I save?

Writing off expenses directly reduces the income you pay tax on, and could even land you in a lower, less pricey tax bracket. To put it (very) simply, say you earn $1,000 in income and your marginal tax rate is 10 per cent. If you wrote off $50 on working from home expenses, you would pay 10 per cent tax on the $950, not $1,000—a savings of five bucks. And who doesn’t want five bucks?

So, what are the CRA rules right now?

Under current rules, salaried employees can’t write off much when it comes to work-from-home expenses, although supplies like printer paper, ink cartridges, pens, stamps and staples may get the green light. To be able to receive other deductions like headsets, printers or desks though, the rules will have to change. Fortunately, many organizations are asking the CRA for clarifications and revisions to make them less restrictive.

Until that happens, you need to have an employment contract stating that your employer requires you to use your home, car or other personal effects in order to do your job.

“But of the people [for whom] COVID changed their work dramatically and forced them to go home, I think zero percent will have had that in their contract,” says Kirk.

“So we have asked the CRA for some clarification of how they will interpret that,” says Leung.

What else do I need from my employer?

Under current rules, there’s one more requirement: a T-2200 form. The CRA requires that an employer fills one out for every employee who works from home as part of the terms of their employment. Kirk suspects that because most Canadian employees didn’t have formal work-from-home expectations included in their employment contracts before COVID, the T-2200 form, which is downloadable from the CRA website, may be enough for the CRA in response to these trying times.

“I would bet there’s going to be a ton of those requested next year,” says Kirk.

Leung agrees, explaining that, particularly for large corporations with thousands of employees working from home, if every worker requires a T-2200, “this is going to be extremely burdensome not only for the employer, but also for the CRA to process,” she says, saying she hopes CRA comes up with a more streamlined approach for everyone’s sake.

Either way, it would make sense to alert your employer and put the issue on their radar now, to avoid a potential paper crush next year.

What else should I do now?

We don’t know which way the CRA will land on the issue of home office expenses yet, so start keeping track of your business receipts, if you haven’t already. Even if you don’t end up meeting the 50 percent threshold, you can still write off many office supplies. Unfortunately, internet is considered a “fixed” cost–an overhead expense that doesn’t change from month to month regardless of how much revenue you bring in–so it isn’t deductible.

How about Zoom fees? Please tell me Zoom fees are included

“That’s a tricky one because it could be considered a fixed cost too,” says Kirk, although she hopes the CRA relaxes rules around fixed costs this year.

It would also make sense to gather all other receipts, in case you end up meeting the 50 percent work-from-home threshold and wind up with a signed T-2200 next year for 2020. In that case, you might be able to write off car fuel costs in relation to business (although, who was using their car much this year?) as well as maintenance, repairs, leasing cost, insurance, license and registration fees. Just remember to track your kilometres driven for business as well as total distance so you know what percentage to write off.

What other costs should I track? Cell phone?

The same goes for cell phone costs, if you track your minutes and data used to earn income. (So you’d have to track any time and data used on your cell that went towards heping you earn income.) But just track a couple of months and use that information to ballpark the rest, explains Kirk. “It’s not worth going through every single month because it’s probably going to be a couple of bucks one way or the other.”

And don’t forget housing costs: utilities like heat, electricity, water, maintenance, repairs and even rent and mortgage interest payments, property taxes and home insurance. If your office space makes up, say, 10 percent of your home, and you meet the 50 percent threshold, you could potentially write off 10 percent of those expenses. (Which could result in a significant saving.)

So has COVID had any impact on tax deduction rules so far this year?

Yes, actually. One change. If your employer reimburses you for up to $500 for computer supplies needed for work, CRA won’t consider that a taxable benefit like it normally would. At any other time, that $500 would be considered income—and could potentially push you into a higher, more expensive tax bracket too. Yikes. Thank goodness for this one break.

It is, but you’ll want to start stuffing an envelope full of receipts and creating a digital file to store bills and receipts now if you want to get the money back later. Come tax time, you’ll need to fill out a T777 form that lists your expenses, so it’s a good idea to get a jump on sorting and filing early. Kirk also recommends keeping track with an itemized Excel spreadsheet, so your accountant doesn’t have to total everything herself. Not only will it save time later, but it will save you money in accounting fees.

This article has been updated to emphasize that it’s mortgage interest payments that are deductible.
FILED UNDER: Editor's Choice personal finance