The sales guy was clearly preying on my fear. It was August, and I was back at our local appliance dealer replacing our second major appliance in the space of two months. 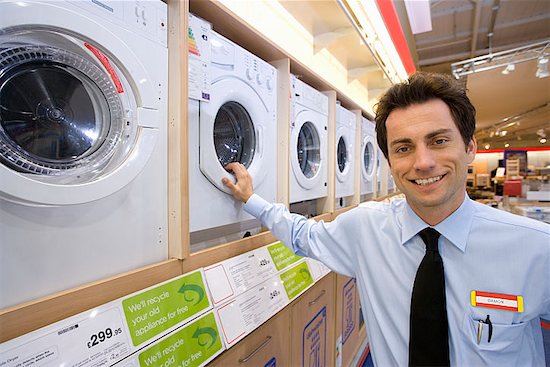 The sales guy was clearly preying on my fear. It was August, and I was back at our local appliance dealer replacing our second major appliance in the space of two months. It was our dishwasher this time – the month before it had been our washing machine – two essentials in our house, and both unplanned expenses on an already tight budget. We’d already poured money into repairing both on several occasions (probably our first mistake!). “Do you want the extended warranty? It’s a very good deal,” he said, as I was handing over my credit card. He made it sound like a great deal: “We’ll pay all repair costs!”, “We’ll replace it if it breaks more than three times in three years!” “Now that’s a guarantee – no lemons!”

I sucked it up and declined – after all, we’d bought a machine at the top of our budget and the extra hundred bucks for the extended warranty was taking us over what we wanted to spend. The sales guy looked at me with pity as if I’d passed on the opportunity of a lifetime.

Well, it turns out I did the right thing.

This holiday season, consumers across Canada will be given the same story as they buy appliances, laptops, and other gadgets for their friends and families. According to Consumer Reports, the kind of deal I was offered is probably already part of the manufacturer’s warranty – in fact, most appliances don’t even require repair in the first few years anyway. And if they do, the repairs often cost as much or less than the cost of the extended warranty ($100 plus!).

Of course, whether or not you buy an extended warranty depends on the manufacturer. For example, Apple only offers a measly 90-day warranty on its computers. You have to buy Apple Care for around $250 if you want your repairs covered – and as a long-time Mac user, I don’t want to be paying for repairs (whenever something goes wrong on my Mac, it usually requires a new and very expensive part – I’ve had new screens, new keyboards, new just about everything over the years!).

Bottom line – unless the manufacturer doesn’t offer good enough coverage, then say no to extended warranties this season and save yourself some money.