Break up without going broke

It's the dark side of the white wedding: About 40 percent of Canadian marriages end in divorce. We want you to beat the odds, but we also want to make sure you can pack your bags without landing in the poorhouse. Here's how 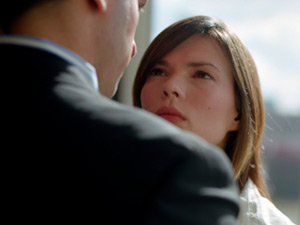 She knew it wouldn’t be easy. But when Sonia Hughes* decided to leave her common-law partner of a decade, she had no idea it would take three lawyers, five years of bitter court battles and more than $40,000 in legal fees to reach a separation agreement. The Vancouver-based mother of two now admits she underestimated her partner’s anger. Still, she never dreamed he would leave her and their children penniless.
The contentious issue in Hughes’s case was child support. The stay-at-home mom had no income, assets or money of her own, and her partner, despite a six-figure salary, refused to pay up without a fight. And because he worked for himself, when it came to financial disclosure, he was in a position to be less than forthright. The result? Hughes had to pay big bucks to have lawyers track down the money. At first, legal aid picked up the tab, and Hughes’s father pitched in to help her pay the rent. However, once she began receiving some funds from her ex, the legal aid stopped while the case dragged on. In the end, she was more than $15,000 out of pocket in legal fees alone.
According to Robert McQueen, a family-law lawyer based in Brampton, Ont., one common mistake women make is not knowing the details of their partner’s financial affairs. “From the get-go, and throughout the marriage, you have to know the source of your spouse’s income, how much it is, where it goes, how it is invested and spent,” advises McQueen. “If you don’t know what he’s doing with his money, you’re going to spend a lot of money finding out.”

Be practical and prepared
After you arm yourself with the knowledge of your partner’s finances, make sure you’re aware, in the event of a separation, what you’ll owe, too. There are a few basic rules you should know: With only a few exceptions, each spouse is entitled to half of the assets accumulated during a marriage, and that entitlement doesn’t change if it was you who ended the marriage or had an affair. The more children you have, the more child support will be paid, and spousal support (or what Americans call alimony) can be awarded if there is a discrepancy between lifestyles or incomes. And yes, women can and will pay spousal support if they are the primary breadwinner.
If you do find yourself talking about a separation, McQueen suggests you try to negotiate with your spouse before either of you contacts a lawyer. If there is a dispute, be reasonable. Keep in mind that if your case goes to a divorce court, your legal bills will end up going through the roof. “If you go in expecting to walk out with everything, it will cost you a fortune,” McQueen cautions. “The best separation agreements are where both parties give, sometimes until it hurts.”
Alma Sotelo, 50, had to give up what mattered most: sole custody of her child. When her husband moved out two years ago, she felt an instant shock. Once she recovered, she realized that after living in Canada for two decades, she longed to leave Toronto for her homeland of Mexico. Of course she wanted to bring her then-12-year-old son with her. But Sotelo’s family lawyer, Deborah Graham, insisted it was a fight she was unlikely to win. “It was difficult, but I had to accept that,” Sotelo recalls.

Graham’s advice was to enter into mediation, a form of dispute resolution that is less antagonistic than traditional litigation, primarily because both parties pledge to settle out of court. A child-development specialist was brought in to determine what Sotelo’s son wanted. In the end, he decided to spend the school year in Canada with his father and summers in Mexico with his mom. “I have bought a place in Puerto Vallarta so he has the sun and the beach, and girls in bikinis,” Sotelo says with a laugh.
The total fees, including three lawyers and the social worker, were approximately $11,000, which Sotelo and her ex split equally. She doesn’t pay child support, even though her son is with his father most of the time, but she isn’t receiving spousal support. Sotelo is happy with the cost of the settlement, and she has come to terms with the custody agreement. “Hopefully, we will provide our son with the best of two worlds,” she says. “We’re no longer a couple, but we will always be his parents.”

Keep calm and carry on
Putting your children first should be the golden rule of divorce. The silver one is leaving your emotions at the door. That’s the best advice Donlea McCombs, 56, could give, after ending a decade-long relationship in 1998.
“I didn’t start talking seriously with my partner about leaving until I had my feelings under control,” says McCombs, a massage therapist from Enderby, B.C. “If you go into divorce in an emotional state, it’s going to cost you.” She also spent several months crunching numbers so she could plan for herself and her two young daughters: How much would they need to live on now, and how much when the girls reached high school? Since her business was home-based, should she fight for the house in exchange for less support?
For those unfamiliar with money matters, certified divorce financial analysts (CDFAs) can help you determine the long-term consequences of your potential settlement. “Lawyers know the law but they aren’t financial experts,” says Debbie Hartzman, a CDFA based in Kingston, Ont. “A settlement might seem like a good deal today, but what about in the future? Using software, we can forecast a person’s net worth five, 10 and 15 years down the road.”
Today, Hughes has put the messy ordeal behind her. She knows she made mistakes, and she would like to have been better prepared, but she no longer beats herself up about it. “You go into that kind of situation and you don’t know what’s right or what’s allowed. The emotional aspect is awfully difficult, and so is all the time and money you spend.” That said, she is adamant that the headache was worth it in the end. “The kids are 100-percent better off.”