The Unlikely Pilgrimage of Harold Fry by Rachel Joyce is our next Book Club pick!

The Unlikely Pilgrimage of Harold Fry is our next Book Club pick. Here's our review to get things started. 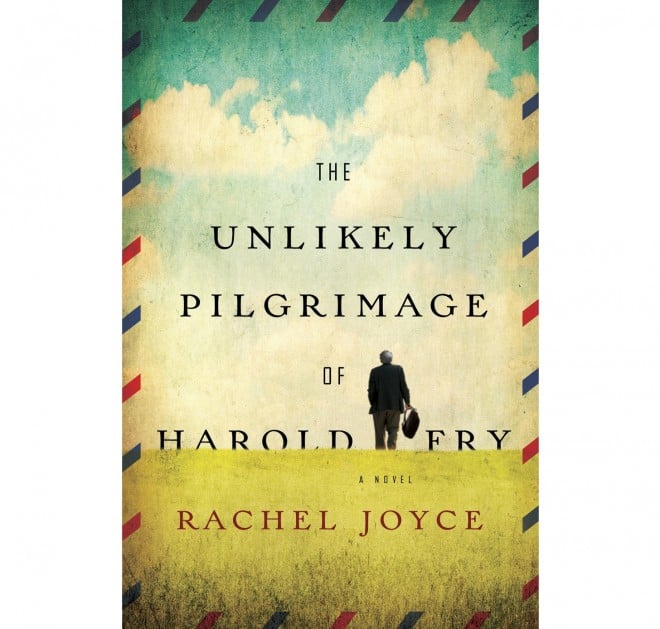 The Plot: One morning, retired brewery worker Harold Fry receives a letter from a colleague he hasn’t seen in years. Queenie has terminal cancer. Devastated by the news, Harold steps out to mail a response. That innocuous action — and a brief conversation about faith with a shy girl at a nearby gas station — propels him on the journey of a lifetime. Once he starts walking, he can’t stop, and before he knows it, he’s on his way to the hospice where Queenie lies dying — some 600 miles across England.

The Inspiration: Harold’s story began as a radio play for the BBC when Rachel Joyce’s father was diagnosed with cancer. “I had wanted to write a novel for a long time but never had the courage,” she says. “Nearly two years ago when I finally made up my mind to shove everything to one side and do it, Harold’s was the story I wanted to tell. It’s about doing something against the odds . . . an act of faith with no guarantee of success or completion.” Joyce’s father didn’t survive to read it, but she feels he would have enjoyed it. “I like to think that the book would have made him laugh. He was very witty.”
Tackling a male perspective was relatively new for Joyce, but she feels Harold has somewhat of a feminine side. “Writing is an imaginative leap,” she says. “You start with what you know and begin to weld it into something new.”

Why We Loved It: Harold is an endearing, lovable man who has lost his way. “He is ordinary,” Joyce says, “yet he is also a man with a unique story. That is true of us all, I think.”
As he walks, this empathetic soul unwittingly attracts followers and attention, hilariously becoming “a hero for the 21st century.” As a sort of father-confessor for the people he meets along the way, and vice versa, he rediscovers joy, beauty and happiness and what it means to be alive. “I see the painful things in life, and I feel them, too,” says Joyce, “but I also see small, ordinary things that make me laugh. That is why I wanted to write a book that celebrates them.”