New Book Club pick! A funny memoir about being Muslim in Canada

The creator of one of Canada’s most entertaining comedies mines her culture and religion for more laughs. 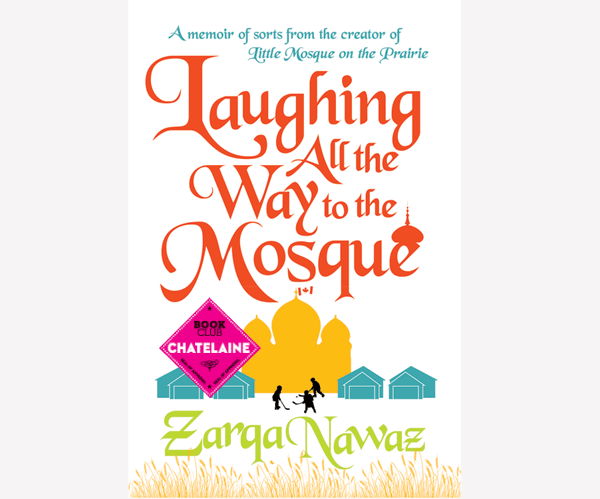 What it’s about: Beginning with her childhood, Zarqa Nawaz, creator of the TV show Little Mosque on the Prairie, struggles with awkward situations related to being Muslim in Canada. At school, she’s stuck eating stinky curry-chicken drumsticks, while everyone else’s lunches “smell like vanilla.” At home, she sneaks about trying to shave when it’s considered “forbidden to change God’s creation.” After Zarqa is rejected by medical school, her mother decides she must marry — “One eye, two eyes, what does it matter, as long as he has a good job?” she says. Zarqa has other ideas. She parlays a knack for writing into a career in television and film, and auditions a man she’s had her eye on for the role of husband.

Why we love it: Zarqa’s knack of finding the funny in serious situations will have you laughing out loud. Things often end up going sideways, as she says. “I have an incredible talent for bungling everything I do,” she says. “But I do believe humour helps people connect better because they don’t feel they’re being lectured to; they feel they’re being entertained, so they’re willing to listen.” Her wit sharpened by a journalism background, Zarqa tackles important issues, like the gender divide in mosques, with flair — and facts.

1. Why toilets in Muslim households need to be near the sink.

2. What hajj is, why it’s so important and why it’s better done in youth.

3. Why her mother refused to let Zarqa be photographed with a white man.

The inspiration: Zarqa was due to speak at an event that degenerated into a shouting match. She defused the situation with a joke. “I was wearing a wraparound shirt that came loose, so I made a crack that if I accidentally exposed myself, it wasn’t a new form of Islamic terrorism. Everyone relaxed. I felt bullying one another wasn’t the answer when it came to dealing with differences. At that moment, I decided to write a book that would help create understanding among all of us.”

What she says to critics: “When Muslims get mad at me I tell them, ‘If you stop doing dumb things, I’ll stop exposing them.’ ”

Why she wears a hijab: “When I was young, I believed the hijab was a black-and-white issue: Hair has to be covered, end of story. As you get older, you start seeing the shades of grey. I wear it today as a statement of identity more than a declaration of modesty.”

The most serious challenges facing the world: “Jeggings and climate change.”

What’s next: “One of the writers for Little Mosque told me I was the biggest pervert in the room. I couldn’t use some of my story ideas because they were too racy. So I’d love to do a romantic comedy.”

Laughing All the Way to the Mosque, Zarqa Nawaz, $30.