The Most Suspenseful Thrillers Of Summer 2019

Read these 10 new books at your own peril. 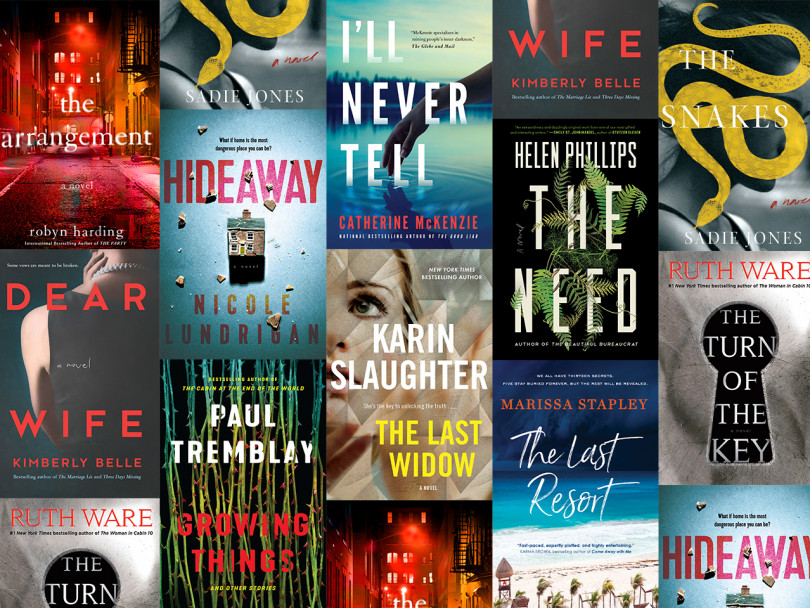 A decent thriller requires a missing person, hidden motivations and a big surprise twist. But a truly great thriller has characters you end up caring about, maybe even a bit too much, and a twisting story that keeps you on the seat of your pants right until the final words. Here are our picks of the newest crop of tension-packed page-turners about murderous siblings, abducted moms, duplicitous nannies and more. 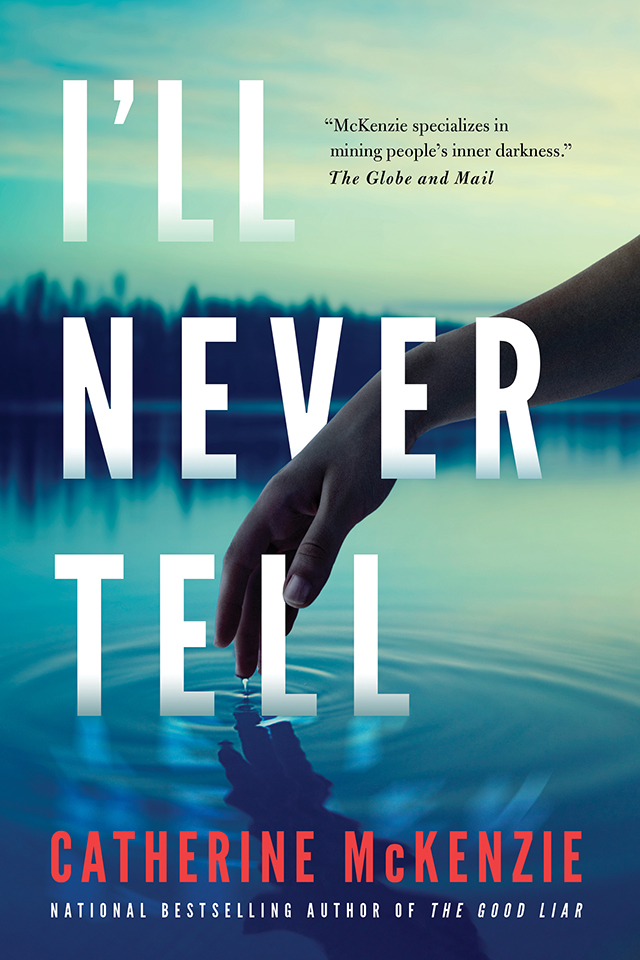 Burning question: Who’s the biggest liar in the family?

Five siblings reunite at the summer camp their family owns for the reading of their parents’ will. Each would rather forget the day 20 years ago when oldest sister Margaux’s best friend, Amanda, was found dead at the camp’s “Secret Beach.” But the will insists they revisit it, because in order to collect their inheritance, the four sisters must decide whether their older brother, Ryan, is Amanda’s killer. A Montreal lawyer, McKenzie does a brilliant job of gradually reconstructing the last day of Amanda’s life, mapping each sibling’s whereabouts on the campgrounds while also revealing their own potential culpability in the crime. June 1, $22. 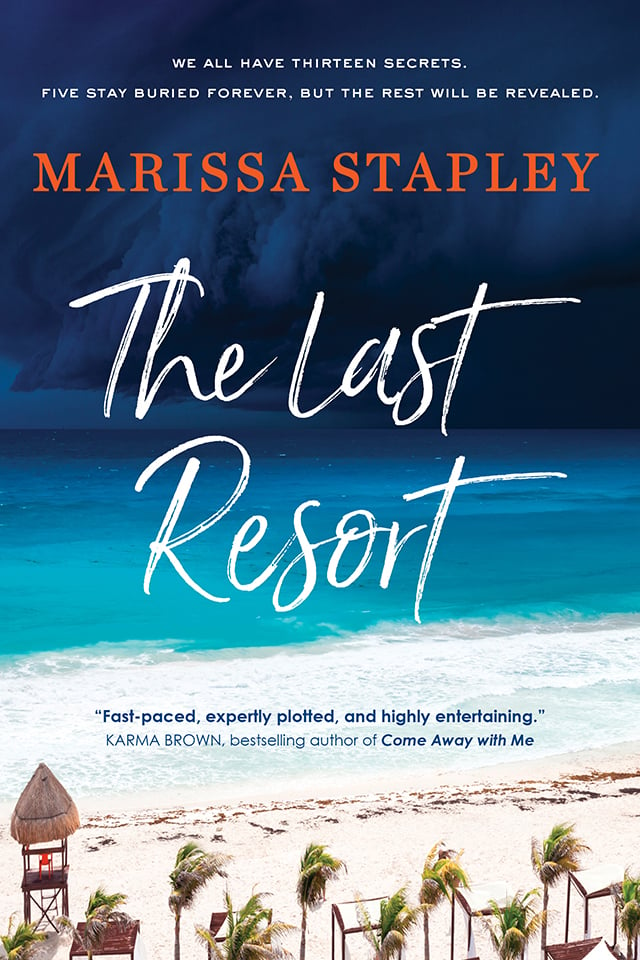 The Last Resort
by Marissa Stapley

What do you do when your marriage has all but fallen apart? Check into Harmony, a couples’ therapy retreat on the Mayan Riviera. That’s what Ben, a young district attorney, convinces Johanna to do after she tells him she wants a divorce. Middle-aged Colin and Shell, who can barely stand to look at each other, also seem to be hoping for a miracle. But Harmony’s hosts, Miles and Grace Markell, are hardly a model couple. The fun of this book is in guessing what each character is hiding, and, of course, who’s responsible when one of them goes missing. June 18, $22. 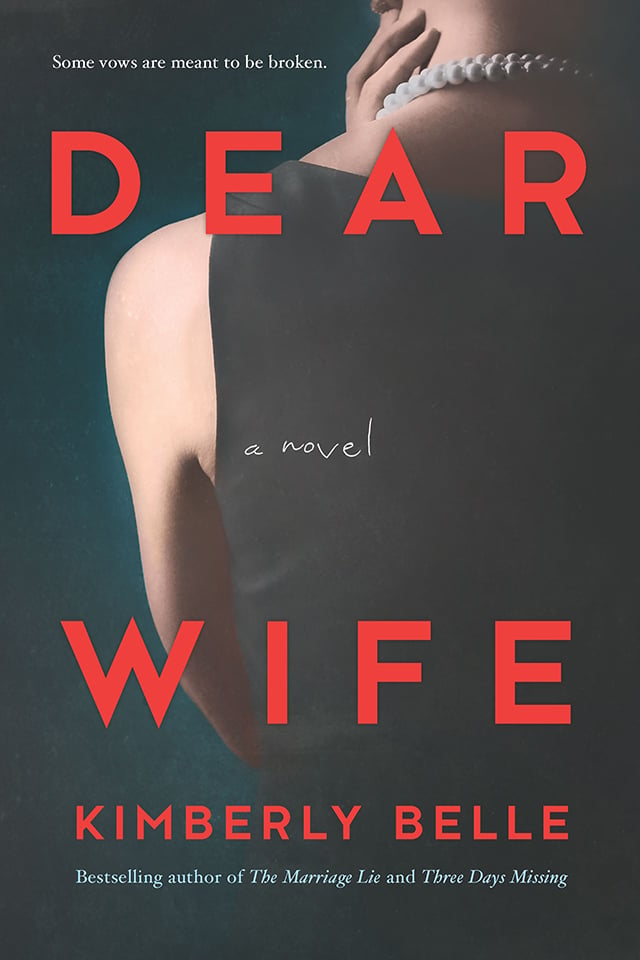 Burning question: Are Beth and Sabine really the same woman?

The thing about books that remind you of Gone Girl is… they remind you of Gone Girl, with its irresistibly suspenseful and twisty plot. What feels similar here is the alternating and disagreeing points of view on what seems to be the same story: Beth’s, who has plotted her escape from her abusive husband for months, and Jeffrey’s, who comes home to find his wife, Sabine, missing. But is it the same story? What I’ll say is this: The narratives’ overlapping details are not mere coincidence. More than that, dear reader, would spoil your dessert. June 25, $20 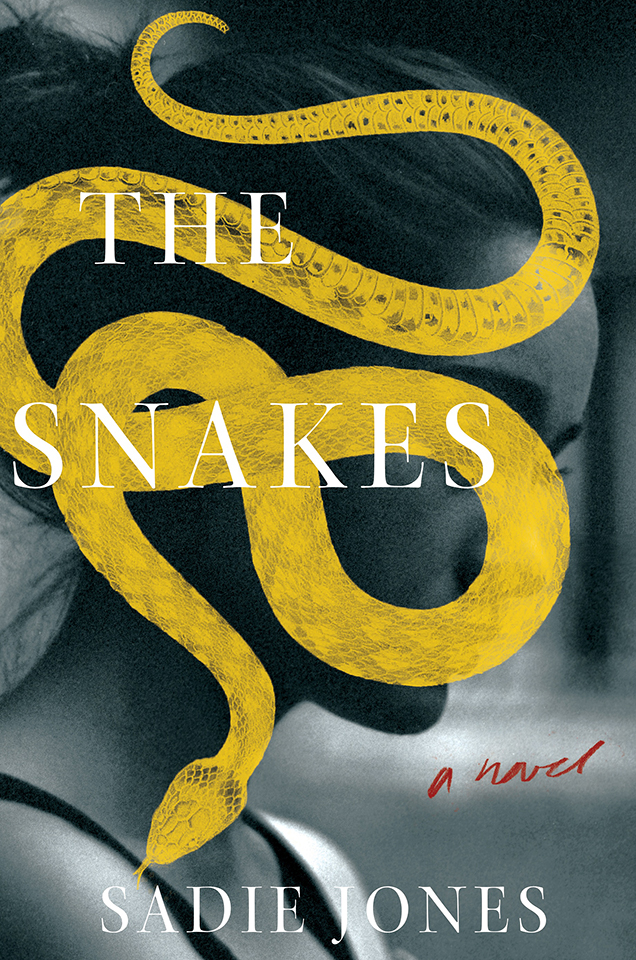 Burning question: What could be worse than snakes in the attic?

The Snakes
by Sadie Jones

The fifth novel of Orange Prize (now the Women’s Prize in Fiction) finalist Jones is a slow-but-steady burn. Bea and Dan are a loving but quarrelling couple who decide to take a break from the London grind and take a three-month hiatus in France. They don’t get further than Bea’s brother’s hotel, where her family’s secrets begin to catch up with her. Dan is the more temperamental in the relationship, but is Bea as innocent as everyone thinks? Jones does a fine job building tension between believable characters. June 25, $27

Here is horror, told in perhaps the most literary of forms: the short story. Tremblay nimbly blends genres in these 19 creepy and accomplished tales. The titular entry walks the line between reality-based family tragedy and apocalyptic fantasy. A gritty story about a drug-addicted grocery store cashier desperate to get her daughter back has sea monsters lurking in the background. A straightforward magazine Q & A between a horror-lit fan and one of his favourite authors morphs into a creepy re-enactment of the author’s famous story. This flitting between styles of story-telling is an ample part of the book’s suspense—and suspension of disbelief. July 2, $32 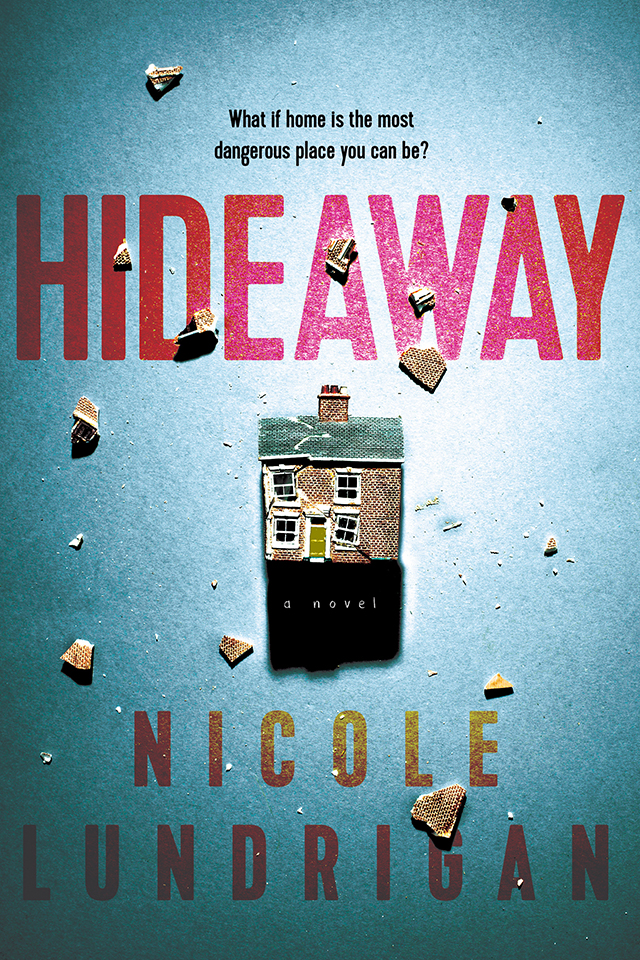 Burning question: What’s the bigger threat, the stranger in the woods or the parents?

Lundrigan’s sixth novel may not, at first blush, seem like a thriller. Told alternately by 13-year-old Rowan and his seven-year-old sister, Maisy, it’s the story of two children coping with a cruel and unpredictable mother and an absent father. But by the book’s second, single-word paragraph, you will be hooked by the richness and authenticity of the narrative voices. And don’t worry—there’s suspense in spades. It doesn’t hit you over the head so much as seep in. This is the kind of story you’re impatient to return to, with characters you forget aren’t real. July 9, $25 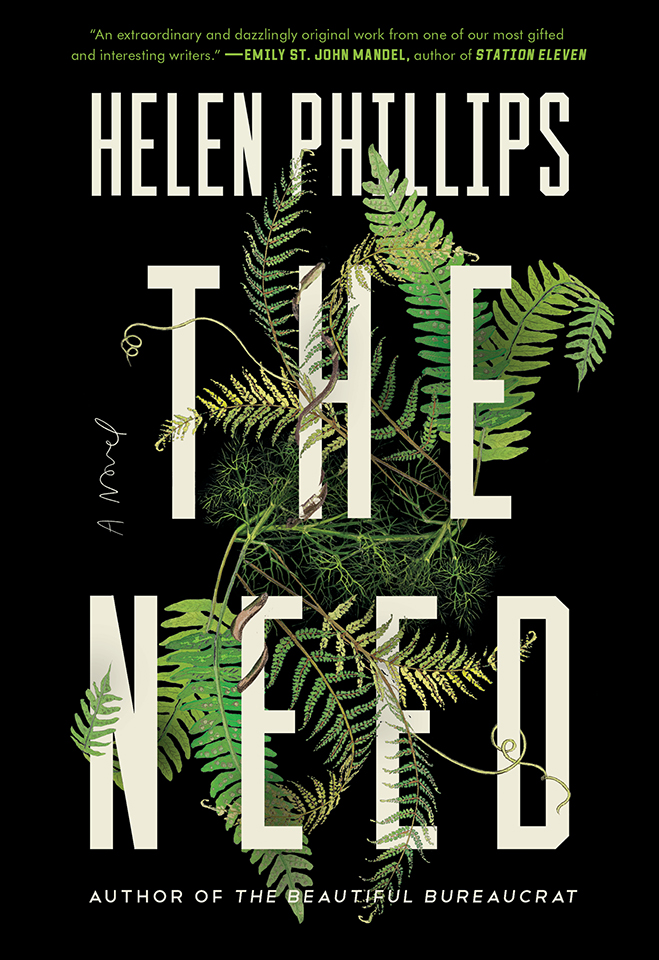 Burning question: Is this what they mean by ‘your own worst enemy’?

The Need
by Helen Phillips

Prepare for terror, because from page one you will be seized with it. Molly is home alone with baby Ben and four-year-old Viv when she discovers an intruder, disguised in a deer mask Molly’s husband made for her birthday. The intruder leaves the house but not before making it clear that he knows everything about Molly—and neither is he finished with her. Though the plot takes an unexpected detour into the fantastic, the terror does not abate. Molly’s worst fear—any mother’s worst fear—seems always on the verge of coming true. July 9, $35 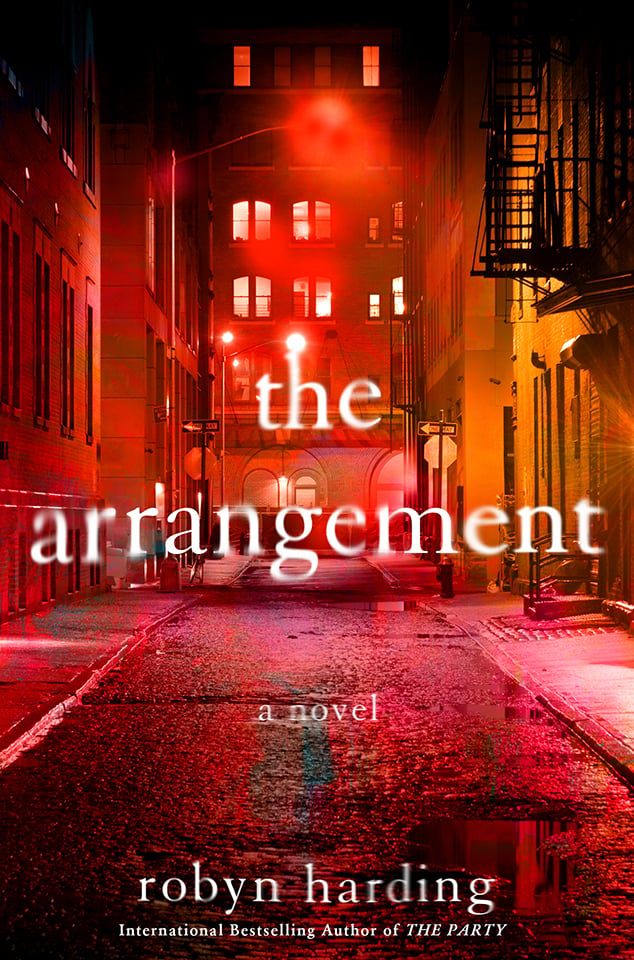 Burning question: How does a young, curious woman avoid a nasty fate?

The Arrangement
by Robyn Harding

There’s no mystery as to who the killer is in Harding’s latest (the Vancouver author and screenwriter also wrote 2018’s Her Pretty Face and the 2015 feature film The Steps, starring James Brolin). That is revealed in the first three pages. Instead, what will keep you reading is the story of how Natalie, a young art student in New York, met Gabe, who became her sugar daddy, and what went wrong between them. To research the novel, Harding set up her own account on a sugar dating site, and interviewed women she met there. July 30, $22. 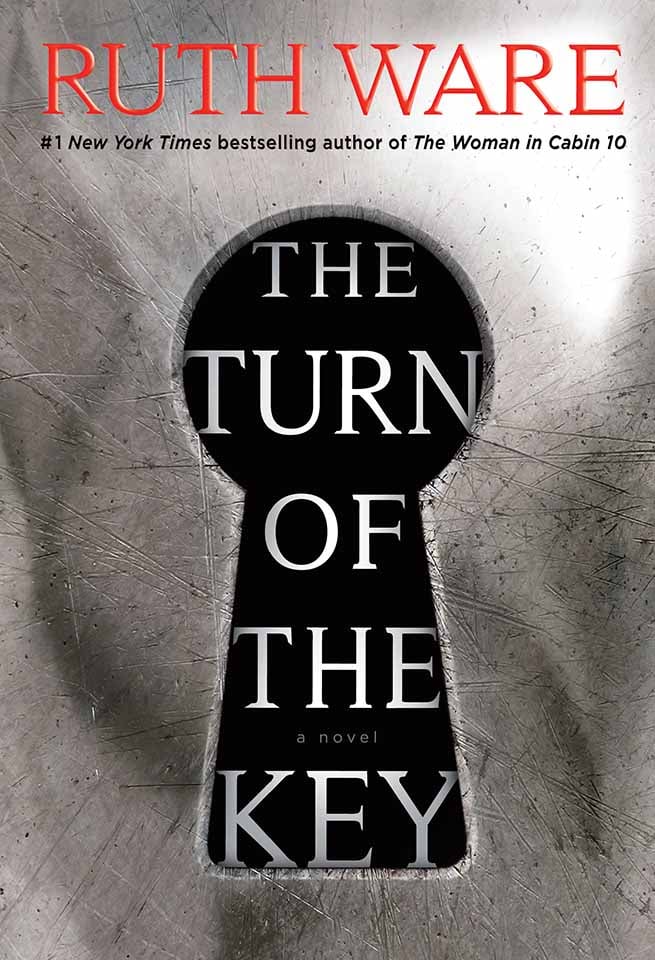 Burning question: Can we believe anything an accused murderer says?

The Turn of the Key
by Ruth Ware

Oh, the unreliable narrator. Why do we love her so? Rowan admits that she lied to land a plum nanny job for a rich family living in the Scottish Highlands. She hints at a secret agenda that led her to the job posting in the first place. And she acknowledges not being as attentive or patient with her charges as she might have. But she also does a convincing job describing the negligence of the children’s mother, the lecherousness of their father and the sinister quality of the home’s high-tech design. And then there’s the fact that four previous nannies walked out after less than a year. When Rowan insists she didn’t kill “that child,” what’s a reader to think? August 6, $25 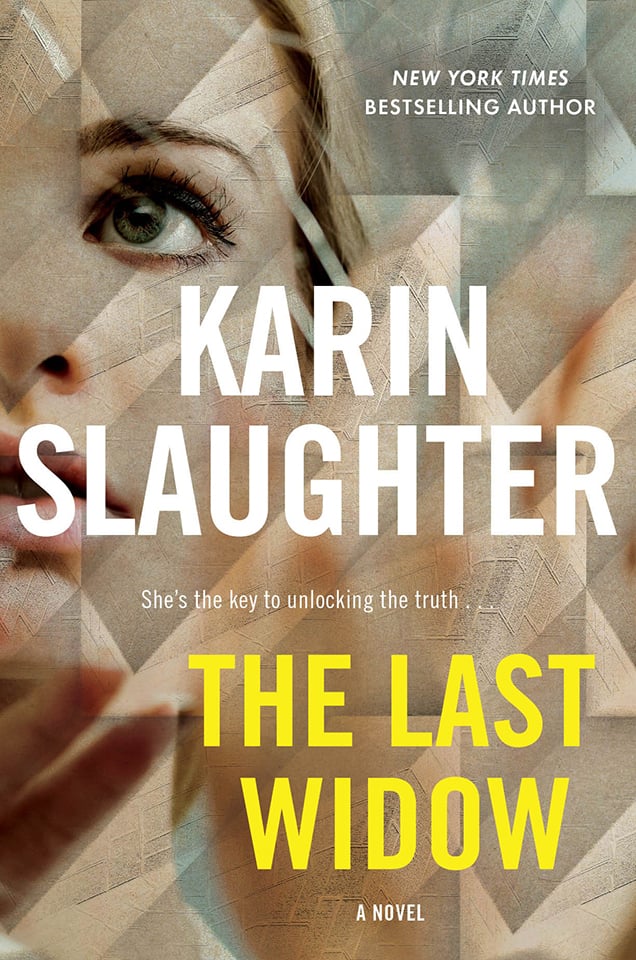 The Last Widow
by Karin Slaughter

The newest instalment in Slaughter’s popular Will Trent series, set in Atlanta, is high-octane from the get-go, with the abduction of a middle-aged mom in the parking lot of a shopping centre, terrorist bombings, and a murder scene made to look like a road accident, into which FBI detective Will and his physician girlfriend, Sara, get unwittingly sucked. This is all in the first 50 pages. You don’t need to have read any of the previous books to get sucked in yourself. August 20, $35