In this interview, Book Club author Donna Tartt shares her inspiration for The Goldfinch and why it's a fallacy that culture, inevitably, is civilizing. 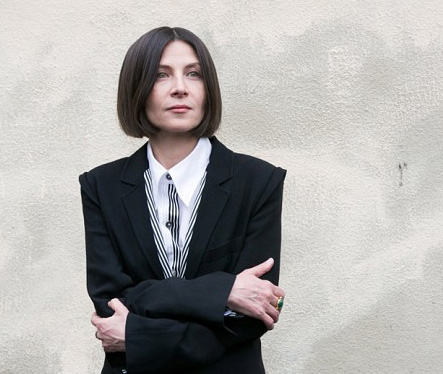 Q: What was the inspiration/influence for The Goldfinch?

A: It’s impossible to say in any concise manner – there were many different inspirations coming together over quite a long period of time. I’d known I wanted to write about Amsterdam for 20 years, and many of the ideas which became The Goldfinch were in my mind before I even began to write my second novel, The Little Friend.

Q: Where did the idea of forming the novel around Carel Fabritius and his painting The Goldfinch come from? Is it because of what the painting represents for you?

A: I actually considered several other paintings – but not very seriously. It’s a tiny painting, it’s a painting that appeals to a child, and it has a fascinating history that plays into the plot of the novel. Its painter – Carel Fabritius, who was the pupil of Rembrandt and the teacher of Vermeer – died very young in an accident that destroyed most of his paintings. So although, like Rembrandt, Fabritius was very famous in his own day, we don’t know much of Fabritius’s work. The Goldfinch – which is very uncharacteristic for the time it was painted – is one of the few of his works that survive.

Q: This story has a much broader geographic canvas than your other two novels. Was that something you planned right from the start? Did you travel to places where your book is set; for example, Amsterdam?

A: I’ve lived in New York; and I’ve spent a good deal of time in Amsterdam over the years because my first book, The Secret History, did very well there. It’s a city I love. And a chance trip to Las Vegas was oddly the link that connected the two.

Q: Do you still believe “it’s the narrator’s business to betray”?

A: Did I say that? I don’t remember. It strikes me as true, however. Even though the narrator of a novel, most often, is really only betraying himself.

Q: There is a notion in The Secret History of character becoming fixed at a certain point in time. One could argue that in The Goldfinch, Theo’s character has already become fixed before the explosion at the museum, given his experimentation with criminal activity. What are your thoughts on that?

A: I think it’s complicated – character is both fixed, and fluid. And I think we all know that, instinctively. We all inherit certain traits, certain tendencies, but it’s really up to us what we decide to do with those traits, whether good traits or bad. Everything is choice. We can’t choose what we want or don’t want. Our likes and dislikes and loves and hates are fixed, I think, early on – in childhood, for some of us. But if we can’t choose our own temperaments and natures, we can, however, choose our actions – we can choose what we do. The novel (not just my novel, but the novel as an art form) is really kind of a long morality problem: a sort of playing field or ritual space, in which character reveals itself and evolves over time, just as in life, by the choices it makes or doesn’t make. A great novel by Dickens will add extensively to one’s knowledge of human nature….in films, we are voyeurs, but in novels, we have the experience of being someone else:  knowing another person’s soul from the inside. No other art form does that. And this is why sometimes, when we put down a book, we find ourselves slightly altered as human beings. Novels change us from within. Anyway, we all have predispositions towards various kinds of behavior, and I think those predispositions do get fixed pretty early. But we’re always free to choose.

Q: It seems Theo is going through life in a perpetually concussed state after the explosion. Could that be an excuse for his behaviour?

A: There are all kinds of excuses for his behaviour! There’s never any shortness of excuses, for anyone.

Q: What fascinates you about the blend of the criminal and the cultural?

A: I always love a variety of registers and textures in fiction – the contrast between polish and roughness, sweeps from high to low, art dealers and drug dealers. On the one hand: the art world is full of criminals. And on the other, it’s a real fallacy to think that culture, inevitably, is civilizing – that we are somehow better people because we appreciate a certain symphony or painting. That’s just not true.

Q: The novel is also a love story, including the love between Boris and Theo, but also the enduring love Theo has for Pippa. Are those real love, would you say, or just damaged souls clinging to one another in the absence of anything else?

A: I think the second option also falls under the rubric of “real love.” Love is love, no matter how it starts.

Q: And is Theo’s obsession with The Goldfinch love of a kind?

Q: Back to Boris. Tell us about Boris.

A: A charming bad boy! Pilferer and teenage drunk. Stormy and passionate and hot-tempered, and unexpectedly gallant at times, and great fun to write, beginning to end.

Q: Children get shuffled and shunted around by adults and circumstances in the book, rather like the painting The Goldfinch, like objects. Was that always something you foresaw including?

A: I actually never thought of this until you pointed it out, right now. But it’s there.

Q: Why the fascination with technique in writing?

What else is there? Technique is mainly what I care about – it’s what keeps me entertained and engaged with my work on a day to day basis. I think any artist will tell you that – and probably most athletes as well. To be good at anything, whether dance or painting or Olympic diving, you have to be really, really attentive to detail. And you also have to be able to forget about technique in the heat of the moment – you have to know your technique so well that it’s second nature. But you never stop trying to refine it.

Q: What is the thing you try hardest to achieve with your writing?

A: What Nabokov calls the tingle at the back of the neck.

Q: What was the first thing you ever really wrote? Did you let anyone know about it?

A: I was writing almost as soon as I could read – and I don’t remember a time when I wasn’t able to read. My first books were written and illustrated on stapled construction paper. Oddly, my compositional technique as a six-year-old was to cut pictures from National Geographic (most often pictures of animals, or children in different countries) and then write my story about the pictures. One of my first books actually featured, as its heroine, the famous infanta of Velazquez – which I didn’t realize was a famous image until I was much older. I’d cut her out from some feature in a children’s magazine, pasted her on construction paper, and written a story around her. So I think it’s funny that with The Goldfinch, in some ways, I’m going back to those earliest construction-paper books and the childhood technique of choosing a picture and writing a story around it.

Q: What are you working on next?

A: I’ve got an idea I’m excited about, but I can’t talk about it – I’m superstitious.

Get the full review of The Goldfinch, by Donna Tartt. 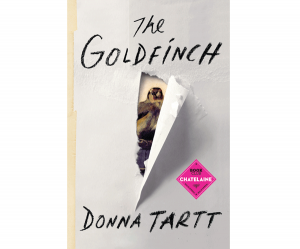