What You Need To Know About E.L. James’s New Book, The Mister

The 50 Shades of Grey author ditches the kink that made her famous and embraces a sweeter love story. But don’t worry: there’s still lots of sex. 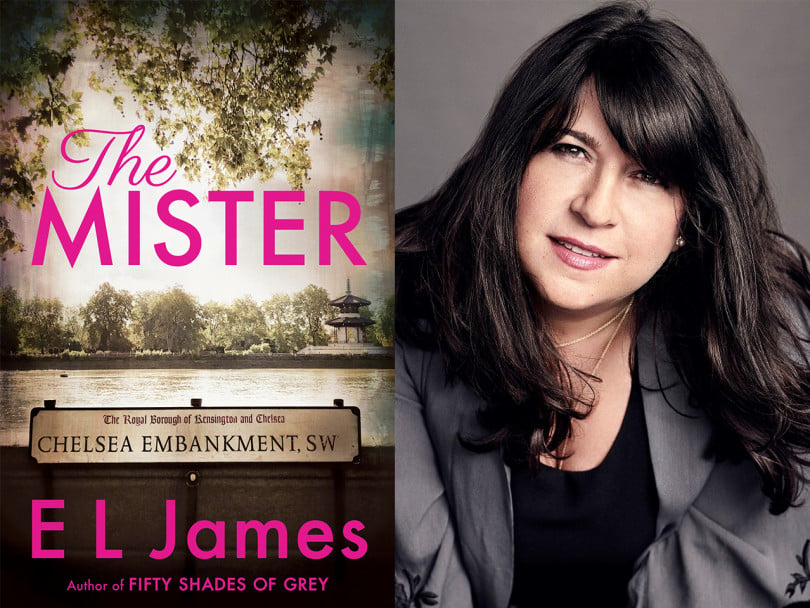 It’s easy to forget that E.L. James is only famous because of Twilight—yes, the book about sparkly vampires. James originally wrote her 50 Shades of Grey trilogy as fan fiction about Edward and Bella, and, after changing all the characters’ names (that’s how Christian Grey was born), sold the books to a small Australian publisher in 2011. The trilogy went on to sell over 150 million copies, was turned into three feature films grossing over $1 billion at the box office, and ignited a 50 Shades-themed sex industry. James has even helped design nipple clamps.

And while her fans want more steamy tales of Christian and Ana, that wasn’t a part of James’s plan. “There are other stories I want to tell. I’ve been with these two for so long,” she told The Independent, explaining the gestation of her new book.

So how does The Mister measure up? Here’s everything you need to know.

Maxim Trevelyan, much like Christian Grey, is an attractive, rich bachelor in his late 20s. When we meet him, he has lost his older brother, the Earl of Trevethick (a title invented by James). Maxim, part-time DJ, photographer, model and full-time philanderer, has inherited his brother’s earldom, national businesses, and plush properties in London, Cornwall, Oxfordshire, Northumberland and Mayfair.

Enter Alessia, the sweet daily (that’s the English term for cleaner). Alessia has recently escaped from Albania, where her father tried to marry her off to an abusive man. She arrives in London, narrowly escapes being forced into the sex trade, becomes a cleaner and meets Maxim, who is drawn to her innocence. Since this is a romance novel, you’ll guess what happens next—but not the over-the-top ending.

Is it any good?

Of course not. There are already lots of reviews talking about the “awfulness” of it, how even the sex is bad and that it will make you laugh but not in a good way. And while the writing is undeniably terrible, and the book is, at just over 500 pages, far too long, I think the reviews miss the point. No one is expecting quality literature. All I wanted was an enjoyable, quick read to keep me company on a rainy weekend and The Mister delivered on that. And it was, in its own way, sexier than 50 Shades. There’s no Red Room, no chains and no getting off on a woman’s pain, but the sex (and there is a lot of it), is more alert to women’s pleasure.

Will it make my book club blush?

The sex in this book is very vanilla, as Mr. Grey would say, but there’s still plenty of steamy moments. My favourite? The pink underwear incident. You know how women, in certain movies or books, have a habit of showing up at a man’s office wearing a trench coat with only lingerie underneath? In The Mister, when Alessia arrives Maxim’s apartment and she’s soaked from rain (it’s always raining in London), she removes her wet jeans and cleans in a knee-length housecoat. What she doesn’t realize is that her underwear is fully visible through the thin coat. Maxim definitely notices. “I’m distracted by her underwear,” he thinks. “They cover her backside and come up to her waist. They are possibly the largest knickers I’ve seen on a woman. And my body stirs like I’m a 13-year-old boy.” I love that this scene turns the typical seduction moment on its head and broadens the definition of sexy. Yes, lingerie is sexy, but not all women own a matching bra and panty set. Comfortable underwear can be hot too—it’s about damn time we acknowledged that.

Wait a sec—do we still read this kind of thing in the #MeToo era?

James, clearly aware that times have changed, makes a point of emphasizing the importance of consent. When Maxim and Alessia finally have sex (it takes half the book to get to this point), he first tells her, “If there’s anything you don’t like. Or you don’t want to do. Tell me. Yes?” And then when they start getting down to business he says, “Talk to me. Do you want to stop?” When Alessia only nods her head, Maxim asks again. “Tell me, Alessia. I need to hear you say it.” Alessia’s response is a breathy “yes.” Later, when their sex leaves her feeling overwhelmed, she tells him to stop and he immediately does. They then switch to a new position which she feels more comfortable in. A sex scene that establishes boundaries right from the start of an intimate relationship counts as progress.

There are real perks to bedding an Earl. For example, after you’ve coupled for the first time he draws you a bath with Jo Malone bath gel, pours you pink champagne and gives you a freaking foot massage. This might be the sexiest scene I’ve ever read and there was no actual sex in it. Now how do I get a man to do this for me?