‘You Call This Chinese Food?’ My Introduction To Canadian Chop Suey

As a kid I was shocked at my school’s Chinese New Year celebration. I barely recognized anything on the plate. 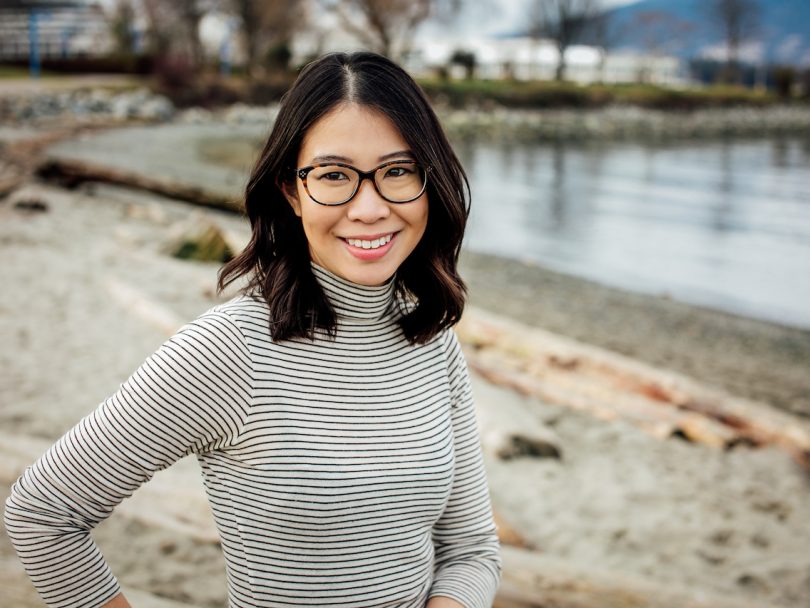 Until the year I turned nine, my family lived in the house across the street from our school. On one side of Franklin Street was the beige building where we attended classes. And on the other side was the white stucco house where we grew up.

When the bell rang at noon each day, while everyone else ran off to the cafeteria or playground, my sisters and I went home for lunch. The three of us would walk across the street to find mom cooking, usually fried noodles or fried rice. We’d walk in to see her cracking eggs and mixing them up with a pair of chopsticks.

I was jealous of my friends who got to stay at school for lunch. I was jealous of the neat sandwiches tucked into brightly coloured lunch boxes covered with cartoons and Disney princesses. If they ate quickly, they could call dibs on the best swings and slides and have plenty of time on the playground. At home, Mom kept a stern eye on us as we ate. No one was allowed out the door until she could see the bottoms of our bowls.


Pansy and Amber, my older sisters, were less picky. Most days, they would gobble their lunches up and run out the door before I was even halfway through. (Other times, Amber, who is two years older and more shrewd, would stuff little grains of rice wherever she could think to, most often the porous edge of the table. Every so often, Mom would watch, bewildered, as the dried grains fell from the table’s edge, hitting the floor like raindrops).

That would leave me by myself, drawing shapes and circles on the bottom of my bowl with the tips of my chopsticks. I’d gaze longingly towards the school playground, watching my sisters and my friends running around.

Whining never helped. I knew from experience what would happen if I complained, the look Mom would give me, the flash of anger in her eyes and the words that would soon follow: “Lup lup gay sun foo.”

Each and every single grain, from hardship comes.

Still, there was one day of the year when we were allowed to stay at school for lunch: Chinese New Year. Our school cafeteria didn’t have a daily meal program but once a month, students could order a special item that was delivered straight to the cafeteria. There was Pizza Day, Hamburger Day and Taco Day. And every year, around January or February, there was Chinese Day, to celebrate Chinese New Year.

On that day and only that day, Mom made an exception and allowed us to stay at school. “The school is honouring our culture,” she said.

That afternoon, when the bell rang for lunch, I rushed to the cafeteria, my heart beating with anticipation. For once, my food was the kind the kids were getting excited about. For that one day, at least, my lunch would be normal. As I stood in line at the cafeteria, I imagined the meal they’d have waiting for us. There would be fish, surely–every Chinese New Year dinner had fish. I would explain to my friends what Mom had told us, how the word for “fish” in Cantonese was a homophone for “excess” or “wealth.” It was lucky.

There would be chicken too, probably with the head still on. A whole chicken for Chinese New Year represented wholeness–a good beginning and end for the entire year.

The line trudged on until finally it was my turn. The cafeteria worker passed me my plate, and I looked down. There was no fish, or chicken–none of the Chinese New Year dishes I knew.

I barely recognized anything on the plate. There were noodles stained dark with soy sauce, limp-looking and glistening with oil. There was nothing mixed in with them except a few pallid bean sprouts. Next to the noodles was some kind of meat, deep-fried with a crunchy exterior and slicked in a fire truck-red sauce. I dipped my finger into the sauce and licked it. It tasted like the red Sugus candies Po Po kept in a tin above the refrigerator.

None of these foods looked like anything we ate at home. As I ate in the cafeteria–my friends buzzing around, laughing and shrieking–I could only sit there, baffled. The banner in the cafeteria called this “Chinese” lunch. The school had called it “Chinese” too. So why had I never seen it before? Whose “Chinese” food was this?

So years later, I embarked on a cross-country trek, eating at classic Canadian-Chinese restaurants, on a search for authenticity and taste. And in the process I discovered so much about my own family, traditions and new beginnings. 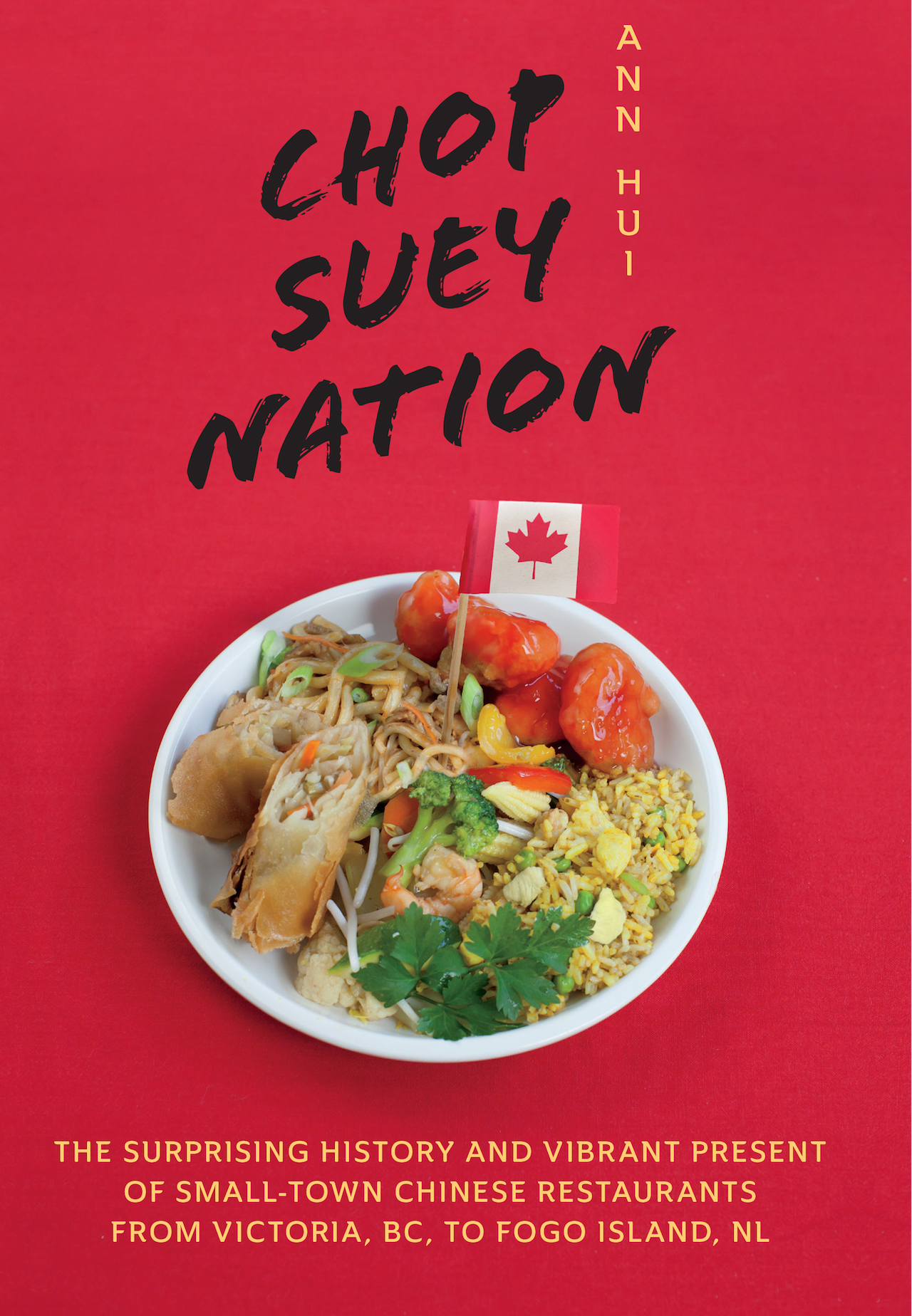 Adapted from Chop Suey Nation: The Legion Cafe and Other Stories from Canada’s Chinese Restaurants, by Ann Hui © 2019. Published by Douglas & McIntyre. Reprinted with permission of the publisher.