Five psychological thrillers that will keep you up at night 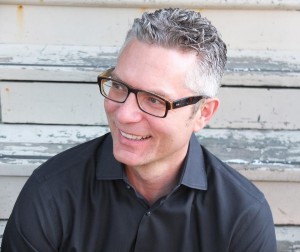 Why do we love things that go bump in the night? What’s the appeal of books or movies that scare us to death as we follow the adventures of some poor soul who’s sure to encounter mayhem — and, maybe, oh, the odd axe murderer?

Some psychologists say thrillers actually give people the sensation of pleasure. Impossible, you might say. It’s true, though: Frightening reads and horror flicks supply satisfaction in the form of stimulation then release. That may sound risqué, but it all adds up to fun, ultimately.

In that spirit of enjoyment, we asked author Andrew Pyper to share his top haunting reads with us. Pyper, who is known for such psychological horrors as Lost Girls, The Killing Circle and his latest novel, The Demonologist, was more than game. Here’s what he picked and why, including the story that has most influenced his own writing.

“Ah, the undergraduate life! Leafy quads, love affairs, intellectual engagement with the classics – and the toxic moral side effects of covering up a murder. Donna Tartt’s deservedly hyped first novel from 1992 is a slow-burn ‘whydunnit’ that turns on character more than physical clues. It somehow also makes you nostalgic for your college days at the same time as it reveals the potential horrors of life’s first passions.”

“This slim book – a novella, really – is an initially comic look at a young, urban woman’s anxieties about work and impending marriage that silkily morphs into a convincing account of demonic possession. Is the narrator having a nervous breakdown? Is she indulging in dark fantasies? Is the demon inside her real? The psychological complexities are intriguing, the horror at once surprising and earned.”

3. The Turn of the Screw, Henry James.

“Another novella, this one well over 100 years old, is possibly the most sophisticated and psychologically puzzling ghost story ever written. James might be better known for his jumbo, snail’s-paced novels of manners (The Golden Bowl, Portrait of a Lady), but he was also a master of the spooky tale, and on a personal note, this one is probably the most influential when it comes to my own writing. And I know I’m not alone on that.”

“You’ve seen the movie. Now read the book. It’s astonishing how King’s novel is distinct from Kubrick’s (equally brilliant) cinematic take, how these two masterpieces speak to each other but from a wide conceptual distance. The Shining is a horror novel about family, a thriller about creative anxiety, a ghost story where the phantoms are corrupted versions of ourselves.”

5. The Silence of the Lambs, Thomas Harris.

“Dr. Hannibal Lecter first appeared in Red Dragon, but The Silence of the Lambs, its sequel, is a superior novel, largely because there’s so much more Lecter – one of the truly great villains of the last century – haunting its pages. Harris offers a master class in pacing, especially admirable given his deft characterizations, the thrumming personal tensions running through and informing the shape of its terrifying events. Special note must be made of Harris’s gift for chapter endings: You simply won’t be able to prevent yourself from reading on to the next.”