One of this week’s most memorable headlines has to be also one of its grisliest: “50 Foot Woman Star Found ‘Mummified’ in Home.” Firstly, it’s not that often that the words “50 Foot Woman” and “Mummified” are used together in a sentence. Secondly, the tale it tells is pretty grim. 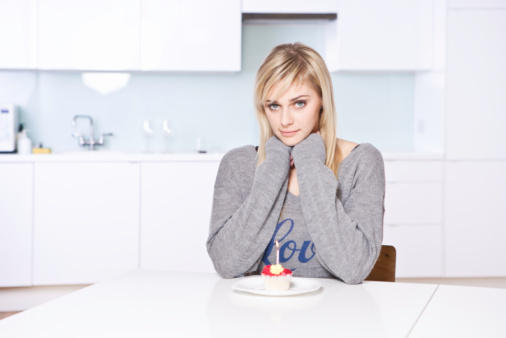 One of this week’s most memorable headlines has to be also one of its grisliest: “50 Foot Woman Star Found ‘Mummified’ in Home.” Firstly, it’s not that often that the words “50 Foot Woman” and “Mummified” are used together in a sentence. Secondly, the tale it tells is pretty grim.

On Monday, the Los Angeles Times’ blog reported that a neighbour discovered the body of actress Yvette Vickers, the former star of cult hit The 50 Foot Woman, in her home in Benedict Canyon. The neighbour, apparently concerned when she noticed that Vickers’ mail was yellowing, broke into Vickers house to see if she was OK.

Unfortunately, all was not well. The neighbour discovered the aged actress was not only dead, she was seriously dead, her body wizened and dehydrated, giving her the appearance of a mummy. It’s not clear how Vickers died, but what is pretty obvious is that she had been dead for quite a while—some speculate at least a year—and no one noticed.

Reaction to the story fell into two categories, generally. Many were saddened, while others were outraged that an elderly woman—Vickers was in her 80s—could die alone without anyone around to grieve her loss.

Mixed in with the sympathy and the outrage on the website jezebel.com were a few comments from single women for whom the story struck a chord. One or two jokingly confessed that Vickers death represented their “worst nightmare,” and represented an even worse fate than the old ‘spinster gets eaten by cats’ joke that makes the rounds whenever single women get together and bemoan their bachelorette-hood.

What is it about being single that makes women mentally leapfrog into the future and see themselves not just alone but mummified and alone? It may have something to do with the fact that being single after the age of 25 is often represented as a kind of death sentence all its own.

Hit 33 like me (lie: I’m 34!) and your friends start sending you email links to stories titled: “Why You Should Settle for That Dolt at Work” and “50 Foot Woman Found Mummified.”

I’m going to go out on a limb and speak for my fellow singletons and say that most of us don’t literally fear the possibility of being eaten by cats or mummified as much as we subconsciously fear being marginalized for daring to be minus a plus-one long after the first Bonne Bell-infused blush of youth has passed.

While there’s little chance of an epidemic of single-women-mummification in the future, the dread of being invisible after a certain age is real for most women. Every once in a while and often during a peculiar news week that fear flashes out. Rest in peace is undoubtedly the more appropriate response to Vickers’ death than “that’s my worst nightmare.” But I’m sure Vickers would understand.