Fab in her 30s: The former Miss World Canada and wife of Canada's minister of national defence has a a long list of titles, including human-rights activist 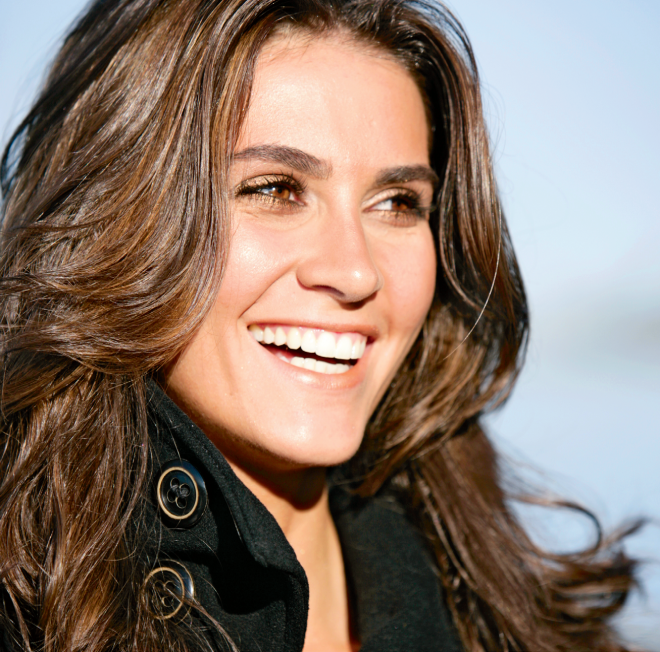 Nazanin Afshin-Jam holds a long list of impressive titles, not all of which hang easily together. “One-time singer and model” dovetails logically with “former Miss World Canada,” but where do “human rights activist,” “author” and now “high-profile political wife” fit in?

If Nazanin, 32, is a mess of contradictions, then a gorgeous mess she is. Fittingly, her backstory is as dramatic as her adult incarnation is glamorous. Born in Tehran in 1979 at the height of the Islamic revolution, she was still a baby when her family fled their homeland (settling in Vancouver) after her father was tortured by the fundamentalist regime.

Growing up on the West Coast she discovered an early passion for community service, first through volunteering with her local Sunday school and later as a Royal Canadian Air Cadet, through which she eventually earned her pilot’s licence and the top rank of warrant officer first class.

Despite her military stripes, Nazanin admits that when it comes to any contest between her heart and her mind, it’s the former that gets top rank. “When I see someone in trouble my mind has to come into play strategically, of course,” she says. “But it’s my heart and my gut that tell me that I should pursue a certain course — that’s the part that guides me.” It was her heart that told her, just this past January, to marry Peter MacKay, Canada’s minister of national defence, after a whirlwind engagement (he had proposed to Nazanin the previous fall).

But perhaps more surprising was her decision, back in 2006, to temporarily abandon a burgeoning singing career to pursue the case of Nazanin Fatehi, a 17-year-old Iranian woman sentenced to hang for stabbing one of three men who’d attempted to rape her. After reading about the case online, Nazanin started a campaign to save Fatehi’s life.

That extraordinary journey, which eventually resulted in a stay of execution, a new trial and exoneration for Fatehi in 2007, also changed Nazanin’s life for the better. She was commended for her human rights work at the United Nations, and in 2007 she was invited to speak on international human rights in the House of Commons. The following year, Prime Minister Stephen Harper appointed her a director on the board of the Canadian Race Relations Foundation.

Afterwards Nazanin had a meeting with MacKay, then minister of foreign affairs. By this point she had founded the charity Stop Child Executions, which works to save children around the world from the death penalty. “I told him about the urgent cases of children on death row,” she recalls matter-of-factly. “And he gave me his card and said I should call him if any future cases came up. Then they did and I remember thinking, ‘Oh, politicians all say that.’ But I contacted him and he really came through. So I respected him from the beginning.”

For several years she and MacKay kept in touch professionally. It wasn’t until she moved to Ottawa permanently that they met again in person and a romantic connection was forged.

Even as a new bride, Nazanin seems utterly at ease in the role of political wife. “Peter and I respect and admire each other. We agree on a lot of things, but we also have our differences.” Maybe so, but when asked about her husband’s much-speculated-on leadership ambitions, she doesn’t miss a beat. “I don’t think there could be a better prime minister,” she says, “but then again, if he wanted to become a blueberry farmer I’d support him in that, too.”

The Tale of Two Nazanins, by Nazanin Afshin-Jam and Susan McClelland, will be published by HarperCollins in May 2012.