Anti-Black Racism Was Already A Pandemic

COVID-19 has stopped the world in its tracks for months. But anti-Black racism has ravaged the planet for centuries. 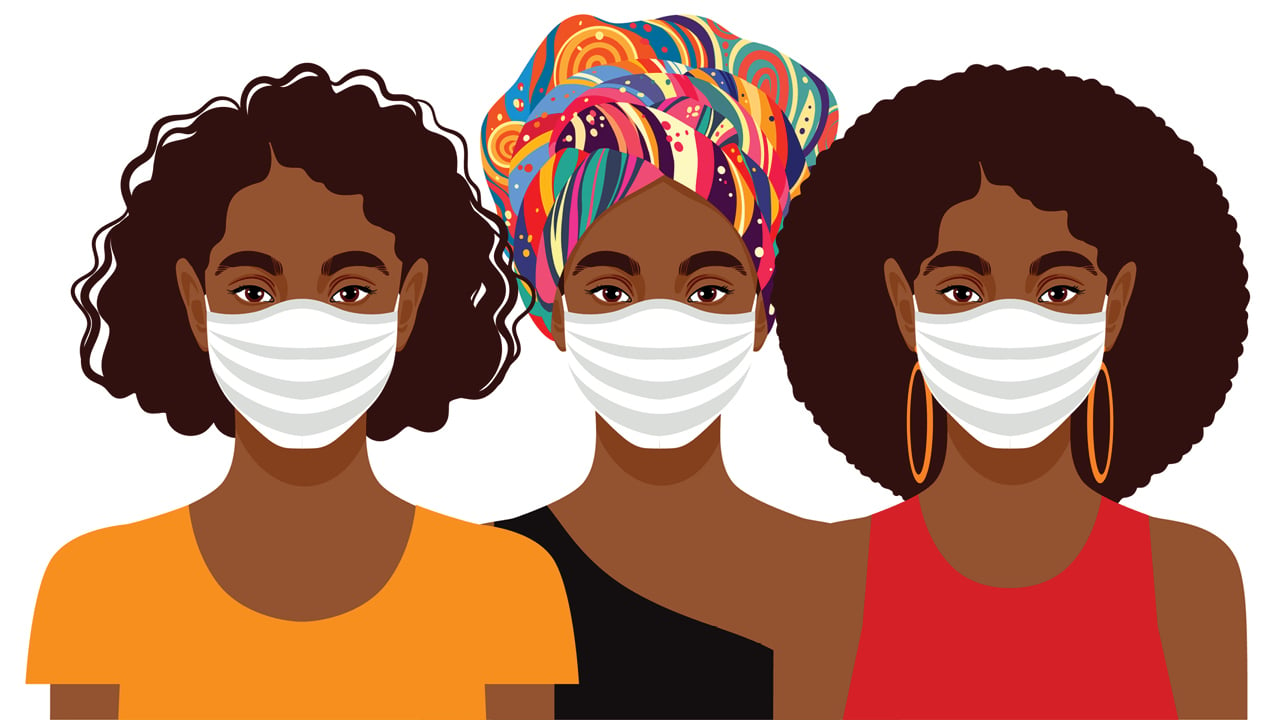 Racism is a systemic issue, interwoven into the very fabric of the society we all live in. As conversations about anti-Black racism take centre stage across Canada and the world, I have been especially encouraged by how often that truth has been reiterated. Anti-Black racism doesn’t merely consist of individual traumatic incidents, like being called a slur or being followed by clerks inside a store. It’s built into the foundation of institutions, including Canadian healthcare systems. That’s why COVID-19 isn’t the only public health problem to be concerned with. Racism—the cause of so much illness, anxiety and death—is the pandemic that Black people live under all of our lives.

Finally, there’s been some acknowledgement of that. Earlier this week, the Toronto Board of Health announced that anti-Black racism will now be recognized as a public health crisis in the city. The board’s memo states that “anti-Black racism is a historic, pervasive, and systemic issue,” and briefly summarizes the ways in which it manifests in areas of life. Those include housing, income distribution  and health services which, not coincidentally, are three of the 14 “social determinants of health” recognized by the Canadian Public Health Association (CPHA). As well, over 1,000 American public health experts just signed a letter in support of the protests currently taking place across the country, noting that they were “vital to the national public health and to the threatened health specifically of Black people in the United States.” As we move through life with COVID-19, healthcare as a whole needs race-based analysis and dismantling.

How does anti-Black racism function as a public health crisis? Social determinants shape the story. As defined by the CPHA, these are social and economic factors that can influence one’s health, either positively or negatively. As has been recognized by the Toronto Board of Health, anti-Black racism has snaked itself around the social determinants of health like a malignancy, choking out possibilities of good health for Black people from the time we are children.

Take education: Black children are disproportionately represented in suspension and expulsion rates, and are more likely to be streamed into applied courses in high school instead of academic courses. That’s related to income distribution: the Toronto Board of Health’s announcement stated that Black women in Ontario earn 57 cents for every dollar that a white man makes. Black children living with food insecurity may lack the proper brain-fuelling foods for school, which can affect their behaviour and education. What is really a poverty issue is misread as lack of academic aptitude, or a racially-biased behavioural problem: Black boys may be seen as aggressive, and Black girls may experience “adultification,” or being seen and treated as older than they are, often leading to harsh disciplinary action.

A Black child seen to be acting out might be experiencing food insecurity in the first place because of the way employment bias has limited their parents’ own opportunities. Black people face “name bias” if the name on our resume sounds “too ethnic,” and we navigate constant microaggressions in the workplace. Maybe that child’s mother lost her job after not being viewed as a “good cultural fit” at an all-white company, and is struggling to find a new job quickly, all while stress elevates her cortisol levels—making her, like many Black folk, more susceptible to health conditions like diabetes and cardiovascular disease. Or maybe she’s a frontline healthcare worker: considered essential but not paid a salary that reflects the importance of her job as she faces a higher risk of COVID-19 infection.

Maybe the family is in need of adequate housing. Toronto Public Health also shared that “Black Toronto residents are more than twice as likely to be living in low-income households than residents who are not a visible minority, and 44 percent of Black children live in poverty, compared to 15 percent of non-racialized children.” These interconnected risk factors show how the social determinants of health are impacted by discrimination. Your health is affected by everything in your life, and for Black folks, everything in life is affected by racism.

Research has repeatedly shown that stress negatively impacts the immune system. Now, think about the fact that race-based data from the U.S. shows that African-Americans are disproportionately reflected in COVID-19 infection rates. Further to that, consider the inherent anti-Blackness in Canada, where despite the troubling trends in our neighbour to the south, governments are still dragging their feet on collecting race-based data here to help us understand how this disease impacts different demographics. The refusal to collect rigorous race-based health data is anti-Blackness in action. It allows governments and gatekeepers the ability to dismiss anecdotal evidence raised by the community, and it allows them to be slow to act.

Action is what health leaders are pushing for. Responding to the Toronto Board of Health announcement, Liben Gebremikael, executive director of the TAIBU Community Health Centre in northeast Toronto, wrote a letter to the board asking for a “10-year strategy and plan to address Anti-Black racism in our public health systems.” Anti-Black racism “is a systemic, deep-seated and long established injustice,” Gebremikael wrote, which won’t be solved by “a few resolutions and actions.”

Such a plan requires a full-scope approach to understanding and unrooting the ways anti-Black racism impacts health. And it’s not to be underestimated. It begins with scientific racism embedded in medical school training, and creates problems ranging from struggles finding a dermatologist trained to understand darker skin to dismal maternal mortality rates for Black mothers. It looks like inherent biases that say Black people can tolerate pain better than white people or are more likely to be addicts or drug dealers, which makes it hard for us to get pain management interventions. Ten years ago, I was in a Toronto emergency room with a severe migraine. Rather than offering pain medication, the attending physician tried to trick me into undergoing a painful spinal tap. I offered him my back to do the procedure, and I can still hear the surprise in his voice as he said, out loud, “Oh, she isn’t pretending.” His assumption was that I was seeking a quick high.

Recognizing anti-Black racism as a public health crisis is an important first step, but there’s a long journey ahead of unlearning, relearning, listening and accountability. It means working hard to retain Black doctors, nurses, medical students and other healthcare staff. I personally left my own previous career in healthcare and social services after working for an incredibly racist company led to a panic attack so severe that I actually believed it was a heart attack.

I often wonder what is happening inside my mind and body as I cope with the traumas of experiencing overt racism while deciphering the intricacies of covert racism, not to mention absorbing a news cycle full of Black death and injustice. This is not healthy.

The COVID-19 pandemic has stopped the world in its tracks over the past few months, forcing us to reckon with the inequities of our previous world, and figure out how to create a “new normal” going forward. The pandemic of anti-Black racism has ravaged this country and the entire world for centuries—this is our time to eradicate it, to create a “new normal” that is healthy for us all.