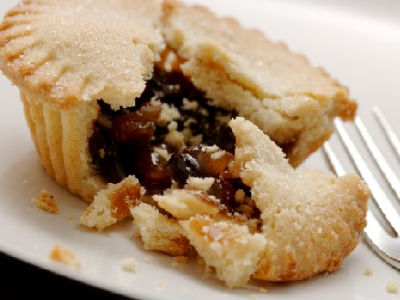 Foodies have been prognosticating about the year to come, and apparently cupcakes are out and pie is coolest new dessert trend. According to NPR resident foodie Bonny Wolf, pies will be the hot new craze for 2011, with pie happy hours already popping up in Texas and New York, and couples opting for celebratory pies instead of wedding cakes. Wolf also highlights a few other trends she predicts will be big in the coming year, including vegetables as main dishes, stylized junk food in fancy restaurants (think foie gras wrapped in cotton candy), and pop up restaurants.

Apparently a lot of us think we’re a whole lot healthier than we actually are. A poll released yesterday by the CBC found that only about 44 percent of us think we are overweight, and only 7 percent admit to being obese. These numbers differ significantly from the Statistics Canada figures on weight, which found that two thirds of Canadians are overweight and around 20 percent of us are obese. Those of us who did admit to our unhealthy ways cited lack of time as the main reason for not being in better shape.

Taylor Swift has won the dubious honour of being 2010’s least profitable magazine cover girl. The website Wwd.com has tallied the sales numbers for this year’s big titles, and apparently magazines with Lady Gaga on the cover did fabulously across the board, while Swift covers actually caused magazine circulation numbers to dip.  Lesson: Lady Gaga always wins. Always.

Yesterday we reported on the bizarre deaths of some 5000 birds near the Arkansas town of Beebe. Now, there are reports that more than 100,000 dead drum fish have been washing ashore in the Arkansas River, some 125 miles away. Both the fish and bird deaths have yet to be adequately explained. Until then, it’s best avoid Arkansas, be ye the fish of the sea or the fowl of the air.

British character actor Pete Postlethwaite died Monday after a long battle with cancer. Though he’s not a household name here in Canada, you’d likely recognize the actor’s distinctive face and piercing eyes. He’s had memorable roles in The Usual Suspects, In the Name of the Father, and, more recently, in Inception. Steven Spielberg once famously referred to Postlethwaite as “the best actor in the world.”