2016 sucked — but here are 10 moments worth remembering

Before slamming the door on a long, tough year, let's raise a glass to these feminist highlights. 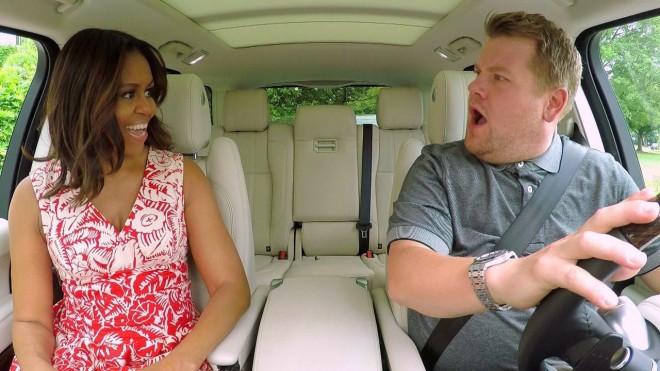 Brexit and Zika. The destruction of Syria and Yemen, and the terror attacks in Orlando, Baghdad, Brussels, Berlin, Quetta, Istanbul and Nice. Police violence and global warming. The loss of Carrie Fisher, David Bowie, Prince, George Michael, Annie Pootoogook, Alan Rickman and Leonard Cohen. Suicides in Attawapiskat and wildfires in Fort McMurray. It may have not been the absolute worst 12-month stretch in human history, but 2016 was a turbulent, violent and scary year.

To cap it off, the November election of Donald Trump as U.S. president. For vulnerable people in America, like undocumented immigrants who fear deportation and Muslims who might be put on a registry, his elevation portends frightening times to come. And for many women, there are serious fears about a setback in their rights and safety — Trump has bragged about grabbing women “by the pussy,” was accused by a dozen women of committing sexual assault and has suggested that women who have abortions be punished — and grief over Hillary Clinton’s loss (despite her resounding win of the popular vote).

Related: Why Carrier Fisher was my kind of hero

All of that said, there were also great, inspiring, hopeful moments for women and girls in 2016. So as we slam the door on the year that was (maybe it’s not a bad idea to deadbolt it, too), here are a few feminist highlights to remind us that it wasn’t all bad:

Since the U.S. election, more than 260,000 donations have been made to the organization, which provides healthcare for one in five American women, including more than 270,000 Pap tests and 360,000 breast exams every year. Close to 72,000 donations were made in the name of Vice President-elect Mike Pence, a vocal opponent of reproductive choice and LGBT rights. For every gift sent in his name, he will receive a thank-you note from PP — a brilliantly apt burn.

The federal commission, led by Marion Buller, British Columbia’s first female First Nations judge, was launched in August and its work will begin in earnest next year. “The spirits of the missing and murdered indigenous women and girls will be close in our hearts and in our minds as we do our work,” Buller said. “The families’ and the survivors’ losses, pain, strength and courage will inspire our work.” 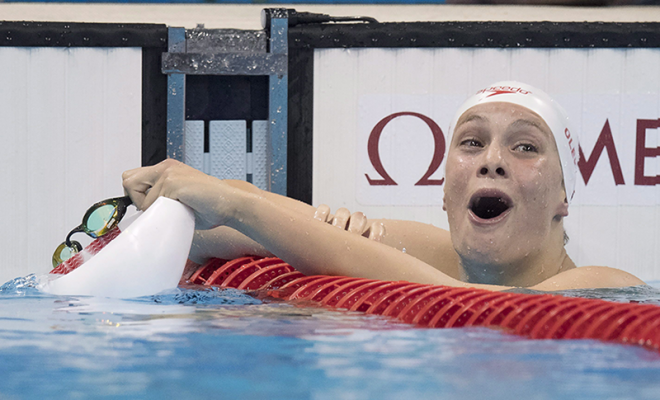 Where to start? America’s Simone Biles and her Final Five teammates didn’t just defy gravity, they destroyed it. In the pool, their record-smashing teammate Katie Ledecky proved to be one of the most dominant athletes of any gender at the Games, while Simone Manuel became the first African-American woman to win an individual medal in the sport. Sharing that medal with Manuel in a tie was Canada’s water wonder girl 16-year-old Penny Oleksiak, who won four medals in total and set one Olympic record. In fact, all Canadian medallists in the first week of competition were women, who stepped onto the podium for their achievements in cycling, rowing, wrestling, swimming, rugby, diving and soccer.

Other barrier-breaking standouts at the Games included South African runner Caster Semenya, long persecuted with questions about her gender, who won gold in the 800-metre; fencer Ibtihaj Muhammad, the first U.S. woman in hijab to win medal (a bronze); and Tunisian bronze medal fencer Ines Boubakri, who made this statement after her win: “I hope that this will be a message for all Tunisians, especially our youth, all Tunisian women, the Arab women. A message which says you must believe that women exist and that they have their place in society.”

In August, Unicode announced that its update for emojis would give every human symbol both male and female versions (with a large ranges of skin colours, too). Now there are female versions of scientists and pilots, and — since equity goes both ways — a male version of those two little dancers in bunny ears.

Riveting, stunning, layered and thrilling: this visual album was the year’s most powerful and political work of art. A celebration of black female excellence and history, a personal story of love and betrayal, a call to end violence against African-Americans, the songs and accompanying film were a gorgeous and moving expression of Beyoncé’s vast artistic ambitions and deeply felt political values. Plus, she showcased a diverse range of women and people of colour as directors and collaborators. All hail Queen Bey!

The reboot of Ghostbusters showed off the exquisite timing and chemistry of Leslie Jones, Melissa McCarthy, Kristen Wiig and Kate McKinnon, proving once and for all that women can carry a big popcorn franchise. Ali Wong’s stand-up special Baby Cobra was wickedly funny and profane, as well as startlingly candid about miscarriage and pregnancy. And with her must-see showFull Frontal, Samantha Bee has become an essential, overtly feminist (and hilarious) voice of righteous outrage just when we needed it the most.

For women who have experienced some kind of sexual violence – and according to statistics, that’s almost all of us — rarely do we have the opportunity to confront our assailant, or to tell our story for ourselves. In a wrenching and eloquent victim’s impact statement, a woman who was raped while unconscious outside a fraternity party at Stanford University, did just that. She was fearless and frank about the ugliness of what was done to her: “My damage was internal, unseen, I carry it with me. You took away my worth, my privacy, my energy, my time, my safety, my intimacy, my confidence, my own voice, until today.”

In a year that saw an upturn in hate crimes against queer and trans people, pop duo Tegan and Sara announced a new initiative to empower lesbian, bisexual, queer and trans women and girls. The Calgary-born sisters are openly gay themselves and launched the Tegan and Sara Foundation in order to “fight against regressive homophobic, transphobic, and misogynistic legislation. We will fight for economic, racial and gender justice.” No wonder we love them to death. 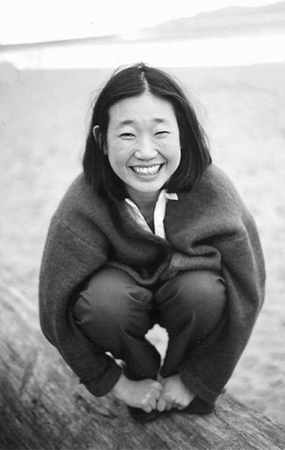 The future of fiction is female

Canada is world renowned for its literary talent — particularly that of women like Margaret Atwood and Alice Munro. This year’s Scotiabank Giller Prize shortlist for the country’s most prestigious fiction prize was dominated by women: the nominees were Mona Awad, Gary Barwin, Emma Donoghue, Catherine Leroux, Madeleine Thien and Zoe Whittal. Thien took home the top prize for her beautiful novel Do Not Say We Have Nothing.

Right up until the end of her stay at the White House, everyone’s fantasy bestie Michelle Obama distinguished herself with her unerring composure, charm, generosity, decency and smarts. From her advocacy work on food security, children’s health and support for military families, to her remarkable speech about Trump’s sexism, to her enviable carpool karaoke chops, Obama carried the historical weight and meaning of her role as America’s first black first lady, with grace and joy. If things get rough in 2017, we can always turn to her advice: When they go low, we go high.

More:
5 celebration-worthy sparkling wines — made in Canada
Prosecco gummy bears and 14 other cute party supplies to ring in the New Year
Newsmakers: 18 Canadian women who blew our minds in 2016