The best months to get deals on furniture and home items

Max Levitt of Cheapism.com has compiled a calendar based on his research to show you the best times to buy different items. For example, the best time to buy a piece of furniture is generally just before new models are released (this generally happens twice a year). 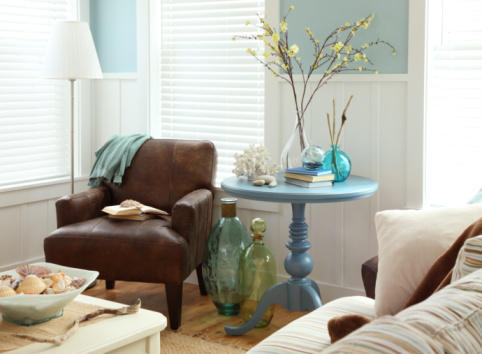 In keeping with your decorating goals for the new year and the idea of spending money on investment pieces,
knowing the best time to make a big purchase, whether it be a television or a new sofa, can go a long way toward saving you money.

Max Levitt of Cheapism.com has compiled a calendar based on his research to show you the best times to buy different items. For example, the best time to buy a piece of furniture is generally just before new models are released (this generally happens twice a year). Season’s end is also an excellent time to take advantage of sales — think of buying your new lawn mover at the end of summer, or a new snow blower in the spring. Going against the current of buying patterns can help you score a great deal on a big-ticket item.

January
Linens and towels: Look for the white sales in department stores to stock up on staples.
Furniture: New furniture collections generally arrive twice a year, the first time being in February. Take advantage of lingering Boxing Week deals or floor models sales.
Holiday items: It can be difficult to get your head around the notion of shopping for holiday decor in January, but the dramatic savings will give you a little extra holiday spending money come December.

March
Televisions: New models begin to arrive in stores now, making this the best time to get a great deal on last year’s model.

April
Winter gear and snow blowers: As temperatures rise, unsurprisingly this is a great time to take advantage of end-of-season clear outs on anything winter related.

And look for Spring sales to take advantage of a tax refund cheque!

May
Mattresses, refrigerators, vacuums. Take advantage of this opportunity to kick-start your spring cleaning and score deep discounts on these basics.

June
Tools: Often on promotion over Father’s Day and just in time to take care of any summer home improvement projects you may have planned for the summer.

Gym memberships and workout gear: As New Year’s resolution fervour fades and the dedicated few tend to take their workouts outdoors, gyms and retailers will offer incentives for you to keep that fitness buzz going.

July
Furniture: Look for end-of-season sales and floor models right before the semi-annual release of new furniture models in August.

October
It’s not the greatest month for savings, but look for even further mark-downs on summer items and older model appliances as new models hit the shelves before the holiday season.

November
Electronics: Canadian retailers are now starting to pick up on the US tradition of Black Friday sales, meaning you can score huge deals on televisions, computers and other electronics. Often the deals during this period can be even greater than the Boxing Day sales.

December
Look for deals on tools, small appliances and electronics as retailers entice you to buy, buy, buy during the holiday shopping season. Just be sure to save some of this spending until after Boxing Day when discounts are often increased dramatically.