It’s that time of year again, when new holiday movies are rolling out left and right. 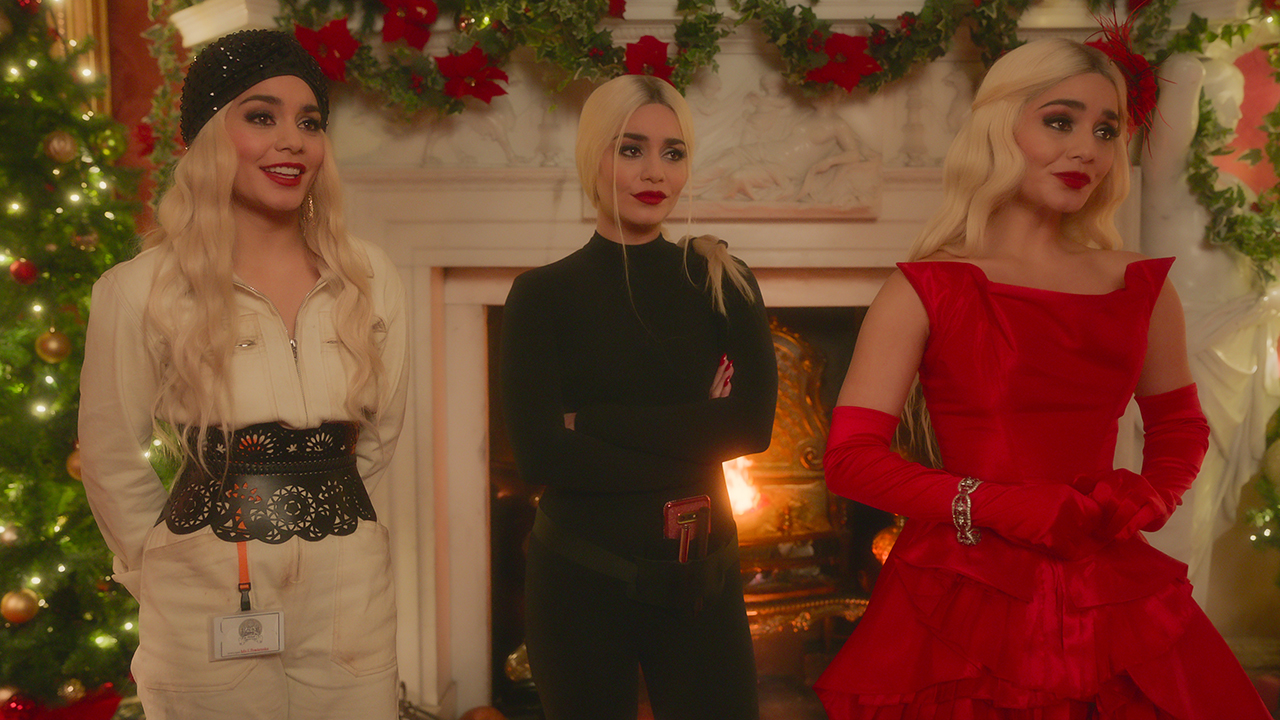 It’s that time of year again, when new holiday movies are rolling out left and right. While we’ll always have a soft spot for classics like The Holiday or Love Actually, there are a ton of new films and specials to get cozy with in 2021. From the so-bad-it’s-good Princess Switch 3, to the charming and quirky Love Hard, there’s a new holiday flick for just about everyone.

Who knew catfishing could be so romantic? In this charming, if entirely predictable romcom, Natalie, a journalist who is unlucky in love, has just about given up on dating apps when she matches with the perfect guy. The only problem? It was his friend pretending to be him all along. Hijinks ensue as Natalie determinedly tries to make a new, real-life match in time for Christmas, assisted by none other than her catfisher.

The Princess Switch 3: Romancing The Star (Netflix, out now)

Vanessa Hudgens, Vanessa Hudgens and Vanessa Hudgens are back in the third installment of this delightfully cheesy Netflix original film series. This time around, evil cousin Fiona is on the same team as her two identical counterparts. The three tap into Fiona’s criminal mastermind in order to locate a stolen treasure. Think Ocean’s Twelve heist vibes, but as a Christmas romcom.

Father Christmas Is Back (Netflix, out now)

Holidays with your family can be stressful, which is the most relatable part of this outlandish comedy. In this flick, four sisters who are constantly at each other’s throats have to reunite when their absent father returns to their lavish English mansion at Christmas. Elizabeth Hurley and Kelsey Grammer bring the laughs.

Single All The Way (Netflix, December 2)

This hilarious film puts a new spin on the fake-to-real-lovers trope, and is also Netflix’s first LGBTQ+ Christmas movie. When perpetually single Peter doesn’t want to show up solo again for his family Christmas, he convinces his best friend Nick to pose as his boyfriend. The problem? Peter’s mother is on a mission to set him up. Keep an eye out for Jennifer Coolidge, who is bound to be a scene-stealer, as always.

A Castle for Christmas (Netflix, November 26)

Brooke Shields falls in love with Cary Elwes (The Princess Bride) and his dramatic Scottish accent in this Netflix romcom. Shields plays an author who is trying to buy a castle from Elwes’ surly character, who isn’t convinced he should sell to a foreigner. They don’t agree on anything at first, but as time goes on they grow close. Prepare to be charmed.

Warming up the sleigh and prepping the reindeer for our holiday extravaganza together! Arriving to your screens December 3rd on @AppleTV! 🎄✨☃️ #TheMagicContinues pic.twitter.com/Niu6g41XJR

It’s not Christmas until Mariah Carey sings. The queen of Christmas is back with another musical special, and this year she’s teaming up with Khalid and Kirk Franklin to perform a new festive track titled “Fall In Love at Christmas.” There’s no word on which guests may be popping up, but if it’s anything like her special from last year, which featured everyone from Snoop Dogg to Ariana Grande, then we can’t wait.

You Make it Feel Like Christmas (Lifetime, November 20 at 8/7 c)

Mary Antonini plays a hardworking designer without much time for holiday cheer. But when her ex-boyfriend returns home, he’s determined to get her in the Christmas spirit by reminding her what celebrating with family during the holidays is all about.

This family-friendly film is all about how Santa got his name. The plot follows a young boy named Nikolas, who embarks on a mission to restore some magic to his village while also searching for his father, who disappeared while on a quest to find Elfhelm, the home of the elves. Along the way, he is helped by his pet mouse, a reindeer and an energetic pixie.

The clock is ticking for three brothers who are searching for suitable wives they can bring home for Christmas to impress their strict mother. While they scramble to fall in love, their mom is on a mission to put together an over-the-top holiday bash.

The Santa Stakeout (Hallmark, out now)

Tamera Mowery-Housley stars as a detective who is tasked with solving a series of holiday heists at parties all over her town. She’s not pleased when she’s paired up with Ryan, a grumpy, fellow police detective who she must go undercover with to find the culprit. The two are forced to pretend to be a newlywed couple to crack the case, and lines between faux and real romance soon become a little blurry.