What we can learn about happiness from the slums of India

We've been told that money actually can buy some happiness: especially if you make up to $75,000 a year (and can take care of all of your basic needs), and if you spend that money on helping others. But how do the poorest people in the world experience happiness? Here, I talk to Katherine Boo, author of Behind the Beautiful Forevers, a new non-fiction book about the men and women who live in a Mumbai slum called Annawadi. 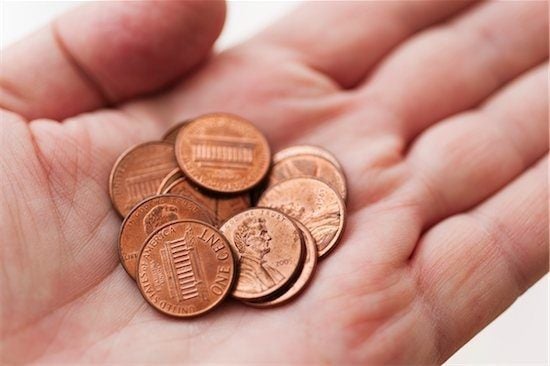 We’ve been told that money actually can buy some happiness: especially if you make up to $75,000 a year (and can take care of all of your basic needs), and if you spend that money on helping others. But how do the poorest people in the world experience happiness? Here, I talk to Katherine Boo, author of Behind the Beautiful Forevers, a new non-fiction book about the men and women who live in a Mumbai slum called Annawadi.

Q: Is there any difference between how the people of Annawadi define happiness versus those in the more privileged West?

Q: We tend to get pretty existential about what happiness really means. Did you find that was true of the people in Annawadi?

A: People in low-income communities — whether it’s in Mumbai or south Texas — don’t spend the same kind of time that other people do asking themselves whether or not they’re happy. Very few people sat around in Annawadi and asked, am I happy? And that’s partly because they know that their lives are not, objectively speaking, beautiful lives. But there was also an immense capacity for joy, in part, because the economic situation is so dire. One of the things that was really striking to me was the delight people had in their children. And it wasn’t framed as a challenge, and “some day, she’ll be X.” It was just a daily joy. There was also a real appreciation for the things in their lives that aren’t hard, the things that are funny.

Q: Despite the fact that we have so much they don’t have, did you get the sense that they have something we don’t have?

A: I hesitate because there’s a tendency to sentimentalize or romanticize the happiness of the poor. Lots of journalists and tourists go into these environments and their response is, “Look how happy these people are.” But they forget that their presence might be the distraction that makes things bearable for an hour. But I do think, when you talk to more affluent people, they say “My husband does this” and “My child does this,” and it’s a more instrumental way of looking at things. What is true of the people is Annawadi is that there’s a more immediate appreciation for what a human being has to offer.

Q: I agree that it’s not just a question about whether or not impoverished people have the capacity to laugh. Quality of life is much more complicated.

A: That’s right. There are so many factors involved. When you live near open sewage and you get malaria all the time, you find ways to get through the day. But when so much of life is difficult, and you do have these moments of pleasure, you enjoy them to the fullest. I tell a story in the book about a monsoon, and everyone’s worried about the monsoon, about flooding and damage to what little they have. But then there’s this break in the rain, and no one is at school or work, and there was this collective understanding that the moment was precious and all you can do is play and treasure the fact that the sun is shining. In the book, I really didn’t want to portray the slum as a monochromatically miserable place; I really wanted to show the friendships and relationships and periods of joy.

Q: One of things that comes up over and over in studies about the preconditions for happiness is the necessity of strong relationships. Did you find that extreme poverty had any particular impact on family ties or friendships?

A: It’s difficult to generalize. But I would say that work everywhere — whether it’s Canada or India — is becoming less secure. Because so much of our economic life is uncertain, friendships and family become the stability you have. At the same time, the volatility of economic life can have a strain on those relationships, especially when you don’t know where you’re going to be in a year. In a place like Annawadi, where jobs are so scarce, it’s easy to look at a neighbour who has work and assume that he’s the reason you don’t have work.

Q: What do you think the people of Annawadi would think of our western obsession with happiness and fulfillment?

A: It would be so foreign to them. Many of the people that I wrote about had never spoken about their lives as a dream: what they wanted, what their hopes were. They were just working all of the time. One of the things that was striking to me was that they were living in a very unequal society, and they weren’t looking at the people who had a lot with resentment. They were just focused on how they might also be able to get that for themselves.

Q: When you left Mumbai, were you optimistic for the people you chronicled?

A: I am incredibly optimistic. I find that as I get older, what I really admire in people is not talent. It’s being able to face the drudgery in the world and find a way for it to be the beginning of the story and not the end. And not just once, but over and over again. They have the ability to envision a better life and then work to get there. That capacity is incredibly moving.