The battle over the “cure” for autism

Culture writes on illness. That’s evident in the battle around a French documentary about autism entitled “Le Mur” or “The Wall.” Today, a court in the northern city Lille will decide whether the film, released online last year, should be censored at the request of psychoanalysts in the country, since it essentially charges that their approach to the disorder ignores decades of scientific progress. 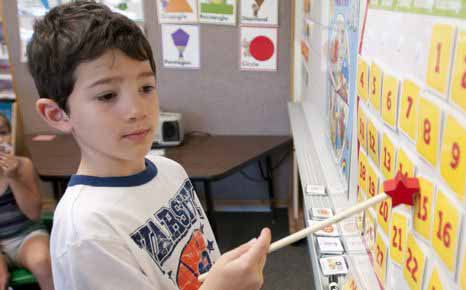 “For more than 30 years, the international scientific community has acknowledged that autism is a neurologic disorder… In France, psychiatry, being very largely dominated by psychoanalysis, ignores these discoveries.” The Wall documentary.

Culture writes on illness. That’s evident in the battle around a French documentary about autism entitled “Le Mur” or “The Wall.” Today, a court in the northern city Lille will decide whether the film, released online last year, should be censored at the request of psychoanalysts in the country, since it essentially charges that their approach to the disorder ignores decades of scientific progress.

In France, the prevailing notion among analysts is that autism is caused by a mother’s poor relationship with her baby and so it can be treated with the “talking cure.” This is one of many cultural interpretations of the affliction, popularized in North America by the 1988 film, Rain Man. Navajo families believe autism is caused by “spiritual disharmony;” some Haredi ultra-Orthodox Jews see autistic children as former sinners who are reincarnated; and, for South Koreans, a diagnosis made public causes a family’s home to depreciate in value, according to American anthropologist Roy Richard Grinker, who wrote about autism in his book Unstrange Minds.

Science, however, tells us that autism is a disorder with a neurological basis and a strong genetic contribution. And, sadly, there is no cure let alone a “talking cure.”

Yet, even in Canada, this hasn’t stopped quacks from pushing a range of miraculous fixes. Health professionals who deal with autistic children and their parents told Science-ish they’ve seen everything from hyperbaric oxygen chambers installed in the home, to the use of acupuncture, vitamin B12 shots, and stem-cell therapies. Special diets are popular, too. Playboy model Jenny McCarthy claimed that the gluten-free, casein-free diet cured her son’s autism. “As the weeks went on,” she said in 2007, “I noticed my kid coming out of this cloud.”

The evidence, like her claims that autism is caused by the MMR vaccine, just doesn’t bear out. In a 2009 Cochrane Review about gluten- and casein-free diets for autism spectrum disorder (ASD), investigators found that the evidence was “poor,” and there is “a lack of research on potential harms and disbenefits of such diets.” These restrictive diets did not improve behaviour or cognitive and social functioning in people with autism.

Similarly, a systematic view of the research around intravenous secretin, the widely used gastrointestinal hormone for ASD, found that “there is no evidence that single or multiple dose intravenous secretin is effective and as such it should not currently be recommended or administered as a treatment for autism.”

Ditto for the overall inefficacy of acupuncture for autism.

Supplements are a fashionable treatment, especially omega-3 fatty acids, which are thought to respond to a supposed deficit that contributes to autism. Here too, little promise. Stephen James, of the Arizona State University School of Social Work, was the lead author on the systematic review on this topic, and he told Science-ish that he found no evidence that these pills had any effect on symptoms associated with autism. But, this was telling of the evidence as a whole, he added: “Many interventions for ASD lack a rigorous and robust evidence base, and studies frequently focus on a small number of individuals whose presentations and manifestations may not generalize to the broader population.”

There are some things that may help, though. James, as well as psychiatrists Science-ish spoke to, said early detection for autism is key and research suggests there are improved outcomes with the use of applied behavioural analysis interventions—or behaviour modification. Indeed, a systematic review of these behavioural interventions for ASD, published in the journal Pediatrics last year, found that they resulted in “some improvements in cognitive performance, language skills, and adaptive behaviour skills in some young children with ASDs, although the literature is limited by methodologic concerns.”

So what are those living with autism to do? James suggested parents research and critically evaluate the proof for a treatment they are thinking of using before investing time and money in it. “Given the heterogeneous nature of ASD, anecdotal evidence may support the effectiveness of a treatment among a select group of individuals, but may cause harm in the majority of others,” he wrote in an email.

Dr. Peter Szatmari, professor of psychiatry at McMaster University and a leading researcher on autism, agrees. While he also said the evidence for applied behavioural analysis is promising, he noted there are gaps in the literature, such as no studies that compare the effectiveness of applied behavioural analysis treatments. “There’s a lot of heterogeneity with kids with ASD, so we need to match the intervention to the clinical characteristics of the child. Right now, we’re taking a scatter shot approach: sometimes a treatment is effective, sometimes it’s not.”

In his years of research on autism, Dr. Szatmari has watched a bunch of popular treatments rise and fall. “First it was facilitated communication, then secretin, then the overselling of the Lovaas model, then the vaccination scandal. Now there’s stem-cell therapy and antibiotics… There are a lot of interventions that may make kids better, but nobody would ever say those interventions are ‘cures.’”

That leaves parents in a vulnerable spot—and perhaps particularly susceptible to the try-anything approach. “I would do anything on earth, if I had a kid, to make my kid better,” said Dr. Szatmari, “and some parents turn under a variety of pressures—family, friends, the internet, social media.” So like culture, our desires and emotions write on illness and cures, too. He added: “There’s also a lack of trust in the institution of science.”