Eating a burger may cure your PMS

A new study finds that what you eat before your period can affect how strong your PMS is. 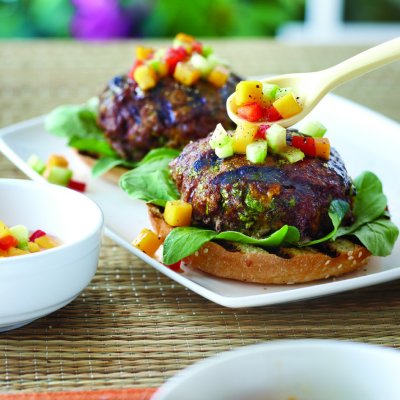 The days leading up to the (often inconvenient) moment when a woman gets her period can be characterized by a few telltale occurrences — a flameout on the bus home after a long day at work, a tendency to snap at one’s mother or amour, and a preference for 100 percent cotton and elastic waistbands over the snug shaping constriction of skinny jeans.

Personally, I always have a hankering for a Mars bar and some extended sofa time.

Not every woman suffers from PMS, but for those who do there may be ways to mitigate the side effects of glorious womanhood. And one of those ways may be to alter one’s diet.

The New York Times’ health blog, Well, cites a recent research paper by epidemiologists at the University of Massachusetts that suggests that a woman’s diet can make her more or less susceptible to PMS.

The study, which was published in the American Journal of Epidemiology, used questionnaires to establish the nutritional makeup of the diets of more than 3,000 women over a 10-year period.

Potassium, which is necessary to maintain overall health in many ways, including aiding in proper nerve and muscle function, is found in many fruits and vegetables such as swiss chard, potatoes, papaya and lentils.

Iron, which is also essential to proper nutrition, helps oxygenate the blood and maintain energy levels. It’s found in green leafy vegetables such as spinach as well as lentils and some beans.

While the research may prove helpful in future interventions for preventing or alleviating PMS, the study’s authors caution women against either reducing their potassium intake or elevating their iron intake without consulting a doctor.

Get the recipe for our curried burgers with peach salsa (shown above).