How your daily cup of coffee is doing more than keeping you awake. 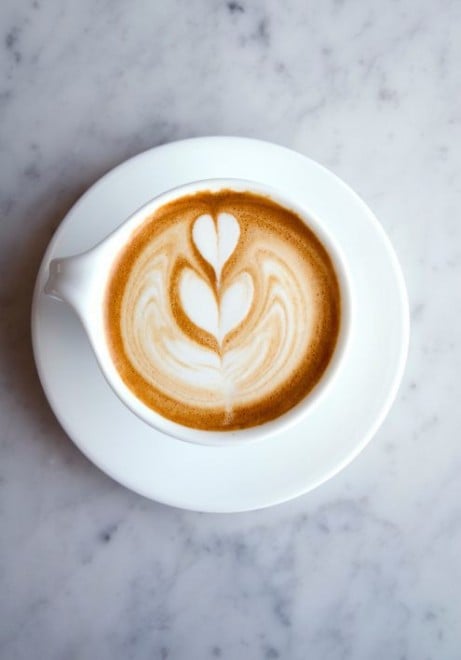 For some people a cup of coffee is a double-edged sword — it can boost their energy levels but also rev up their anxiety. For others, it has many positive benefits from controlling blood sugar to enhancing fat loss. So if you’re someone who can tolerate coffee on the regular, here are a few of the most important health benefits found in each cup:

1. It can lower your risk of diabetes
Your morning coffee may not only get you up and going, but studies reveal that it can protect against type 2 diabetes. Coffee consumption increases plasma levels of sex hormone-binding globulin (SHBG) a protein that regulates the activity of testosterone and estrogen, both of which have been thought to play a role in the development of type 2 diabetes.

Bottom line: One study found that women who drank four cups of coffee each day had significantly higher levels of SHBG and were 56 percent less likely to develop diabetes than non-drinkers. It’s also thought that coffee may improve the body’s tolerance to glucose by increasing metabolism or improving sensitivity to insulin. While four cups may have you bouncing off the walls, it’s certainly a good argument for keeping up your caffeine fix.

Read more: 12 ways to pair your food with coffee

2. Drink coffee to burn more fat
Having a caffeinated drink pre-workout, providing it’s not too late in the day, can increase your endurance and boost your fat-burning potential according to various studies. Caffeine is thought to delay the onset of muscle fatigue by helping your body use its own fat reserves as energy, sparing your stored up energy (or glycogen). The longer your stored energy lasts, the longer you can push it at the gym.

Bottom line: A recent study has found caffeine has the same effect on the body’s cells as muscle contractions caused through exercise. And though they don’t recommend anyone opt for coffee over fitness, they are currently looking at more ways caffeine positively influences DNA. As an added bonus, caffeine has been shown to reduce pain during exercise which may help you get through that last set of lunges.

3. It can lower your risk of death
It’s true. Researchers from the National Cancer Institute (NCI) tracked the health and coffee consumption of more than 400,000 adults over the age of 50 for nearly 14 years and found that java drinkers had a lower risk of death (during the study) than their anti-coffee counterparts.

Bottom line: Men and women who averaged four or five cups of coffee per day had the lowest risk of death. Keep in mind however, if coffee is the cause of your anxiousness, headaches and digestive disturbances, it’s best to opt for an alternative such as green tea.

Read more: How well is your digestive system working?

4. Coffee protects against cancer
Long-term coffee consumption may reduce your risk of endometrial cancer by as much as 25 percent. Another study showed that drinking coffee reduces the risk of estrogen-receptor negative breast cancer (a tumour not driven by estrogen). Participants used Scandinavian boiled coffee, which chemically resembles French press and Turkish/Greek coffee (so unfortunately, the local coffee shop coffee may not render the same benefits).

Bottom line: Be sure you’re opting for boiled coffee versus filtered because it has up to 80 times as many coffee-specific fatty acids. These fatty acids have previously been shown in animal experiments to inhibit the growth of cancer. Opt for an organic, fair-trade coffee and be sure to brew it with non-chlorinated filters. While some of the benefits apply to the decaffeinated version as well, the extensive chemical process used to remove the caffeine makes it a less ‘natural’ option.

Lastly, you should keep your coffee consumption to morning hours only as too much caffeine can disrupt your sleep.

Read more: 3 indulgences you don’t have to cut from your diet