An iPod for the brain? Nine gadgets that make the future of medicine brighter 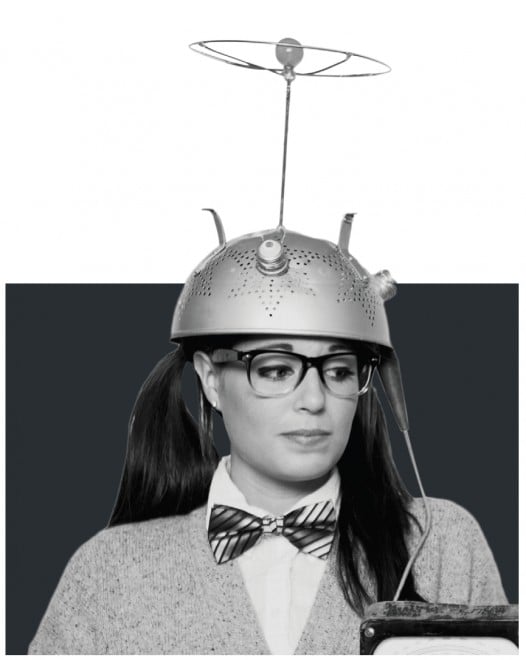 1. Thinking cap, coming in the next decade
A seemingly innocuous toque (but for the fact it’s lined with electrodes) may boost brainpower by modulating neurochemicals to increase attention span and help you process new info faster. “I wouldn’t be surprised if within five or 10 years, we’re plugging a gadget into an iPod-like device to stimulate the brain to improve our ability to play piano or learn French,” says Dr. Roi Cohen Kadosh from the University of Oxford.

2. Ouch-free bandages, in development
Making the phrase “rip off the Band-Aid” obsolete, a new temperature-sensitive adhesive will make removal less painful. Just apply a cold compress, and the stickiness disappears.

3. Pregnancy-planning patch, coming in 2013
A new stick-on fertility gadget takes the guesswork out of baby making, predicting (with 99 percent accuracy) when you’re most likely to become pregnant. The loonie-sized sensor is worn under the arm and records body temperature, then indicates to the wearer when it’s best to hit the bedroom. There’s even a money-back guarantee!

4. Mosquito birth control, in research
The Pill for pests? Almost. Yale researchers have found a way to disrupt the mating process so that female malaria-carrying mosquitoes can no longer conceive. (And yes, that means no more bouncing baby biters!) Ideally the sterilization would be administered to males before mating. Ultimately the technique could put an end to malaria with minimal environmental impact. Then, there’s the latest innovation in the vaccine world: A booster shot, while still in the preliminary stages of testing, has already shown a 47 percent lower risk of malaria infection.

5. Movies of the mind, coming in a decade
Neuro-cowboys are closing in on the untamed frontier of unconscious thought. University of California, Berkeley professor of psychology and neuroscience Jack Gallant and his team recorded the brain activity of people as they watched movie trailers. They then fed the brain activity into a computer program that converted what the viewers saw into slightly hazy, but still recognizable, video clips. One day we may be able to upload our dreams or favourite memories onto YouTube or read the minds of coma patients.

6. Blindness busters, coming in a decade
In just 10 years, blindness may be a thing of the past. Australian researchers are currently developing a microchip to implant in the brains of blind people that, with the help of some high-tech glasses, will restore their sight. The futuristic glasses come equipped with a digital camera, eye-movement sensors, a processor and a wireless transmitter to convey real-time images to the brain. “Because we bypass the retina and optic nerve, our device will hopefully work for over 80 percent of clinically blind people,” says lead researcher Arthur Lowery. The future is looking brighter!

8. Life-saving skivvies, in development
Giving a whole new meaning to debriefing, the University of California is researching undies that can identify injured or fatigued soldiers. The smarty-pants’ waistbands are lined with sensors that monitor lactic acid, glucose and electrolytes.

9. Smart mouth guards, available now
When someone gets slammed into the boards, it doesn’t matter whether it’s the NHL or a kids’ community league — serious (often invisible) damage can be done. Since concussions caused by contact sports lead to almost 4 million brain injuries a year, scientists have developed a device that lets them see inside your head. It may look like an ordinary mouthguard, but it uses Bluetooth technology to gauge the seriousness of the impact. It also tracks the user’s injury history for doctors, helping them assess the risk of more serious damage.

What gadget would you love to see invented?