One study suggests soy is good for you; another says maybe not. Ditto for a low-fat diet, calcium supplements and a promising breast cancer drug. We uncover the truth behind each alarming headline 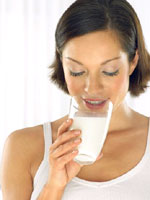 Iris Merritt takes her calcium supplements diligently – but now she’s chasing them with a dose of bitter skepticism. Thanks to news reports earlier this year that cast the bone-strengthening benefits of calcium into doubt, the Whitehorse resident and self-described news junkie is thinking about ditching the pills her doctor recommended.

“I’m choking these things down,” she says. “I’m at the point where when they run out, I don’t know if I’m going to continue.” Considering Merritt shattered her ankle last year after being diagnosed with low bone density, going cold turkey on her calcium supplements may not be a good idea.

Merritt isn’t alone in being confused and frustrated by the constant contradictions in health reporting. But before jumping to conclusions – and heading to the nearest McDonald’s – it pays to do some diligent detective work. We’ve got the straight goods on four recent health headline controversies plus the resources you’ll need to launch your own investigations.

The research Another large-scale, long-term study published in the Feb. 8, 2006 issue of the Journal of the American Medical Association found no association between reduced fat intake and heart disease risk.

What it really means “Saying that eating a low-fat diet doesn’t make a difference is not a savvy evaluation of the data,” says nutrition researcher Mara Vitolins of Winston-Salem, N.C., who worked on the study. Its 48,835 participants were asked to reduce total fat in their diet instead of following current recommendations to eliminate “bad” fats and increase consumption of “good” ones, such as omega-3 fatty acid. Plus, their intake of fish, fibre, fruit and vegetables was lower than what experts now advise. Finally, the women – all aged 50 to 79 – started the low-fat diet later in life and stuck with it for only eight and a half years.

The verdict “Women still need to eat less saturated and trans fats in order to reduce their risk of heart disease,” says Vitolins. Health Canada recommends getting no more than 30 per cent of your daily calories from fat, including a maximum of 10 per cent from saturated fat.

The research A large-scale, long-term study published in the Feb. 16, 2006 issue of the New England Journal of Medicine found the difference in hip-fracture rates among women who did take calcium supplements and those who didn’t was not statistically significant. In other words, the placebo and the supplement were virtually on par when it came to preventing hip fractures.

What it really means The good news behind this study – that women aged 60 and older who took calcium had a 21 per cent reduction in hip fractures, a statistically significant number – didn’t make many headlines. Neither did the fact that women taking calcium supplements had a small but significant improvement in hip-bone density. “The media don’t have a lot of space in short news blurbs to look at all the nuances of the data,” says Jean Wactawski-Wende, Buffalo, N.Y.-based co-investigator of the study, which followed 36,282 women for seven years.

The verdict Don’t dismiss calcium for bone strength, and don’t judge a study by its headlines. Victoria-based Alan Cassels, who heads Media Doctor Canada – a website that monitors media coverage of medical news – says newspaper headlines don’t always accurately reflect what’s in the story; they’re often written by copy editors on tight deadlines who only give the article a hasty read before moving on to the next one. Then there’s the trickle-down effect: other news outlets pick up on the story and perpetuate the same incorrect message.

The research In the Feb. 21, 2006 edition of its journal Circulation, the American Heart Association (AHA) said it could not recommend soy for the prevention of heart disease after its nutrition committee examined 22 studies from the late 1990s and early 2000s and found that soy intake caused only a minuscule reduction of low-density lipoprotein (LDL) or “bad” cholesterol. The committee also found that soy doesn’t lessen hot flashes due to menopause and may not slow menopausal bone loss. As well, it said soy’s relationship with breast, endometrial and prostate cancers is “not established.”

What it really means Back in 2000, the AHA said including soy protein in a healthy diet was “prudent.” Researchers now say that while most of the studies they reviewed showed a decrease in LDL levels, only eight of the 22 showed statistically significant reductions of about three per cent. This amount was considered insignificant in comparison to the large quantity of soy you’d need to eat to achieve the reduction.

The verdict Scoffing down soy may not be a magic bullet against heart disease, menopause or cancer, but replacing foods high in animal fat with those containing soy protein is a smart move for curbing your saturated-fat intake.

The evidence In its Oct. 20, 2005 issue, the New England Journal of Medicine (NEJM) published two separate reports on three clinical trials that found trastuzumab (sold under the brand name Herceptin) improved survival rates for a specific type of breast cancer. An accompanying editorial lauded the findings as “simply stunning” and Herceptin as “maybe even a cure.” One month later, an editorial in the British medical journal The Lancet called the nejm study “profoundly misleading” and said it glossed over the fact that the cancer drug can cause life-threatening heart problems.

What it really means More research is needed to determine the extent and severity of Herceptin-related heart complications. The drug – when given in conjunction with certain types of chemotherapy – caused a slight increase in congestive heart failure, so your doctor will carefully monitor you for signs of heart disease throughout the course of your treatment. But, in some cases, the benefits of the drug may outweigh the risks.

The verdict A single study rarely provides a definitive answer but instead gets added to an existing body of research, cautions Philip Branton of the Canadian Institutes of Health Research in Ottawa. Ultimately, you and your doctor – not a file folder of contradictory newspaper clippings – should determine the best course of treatment for your specific situation.