Everything You Think You Know About MSG Is Wrong 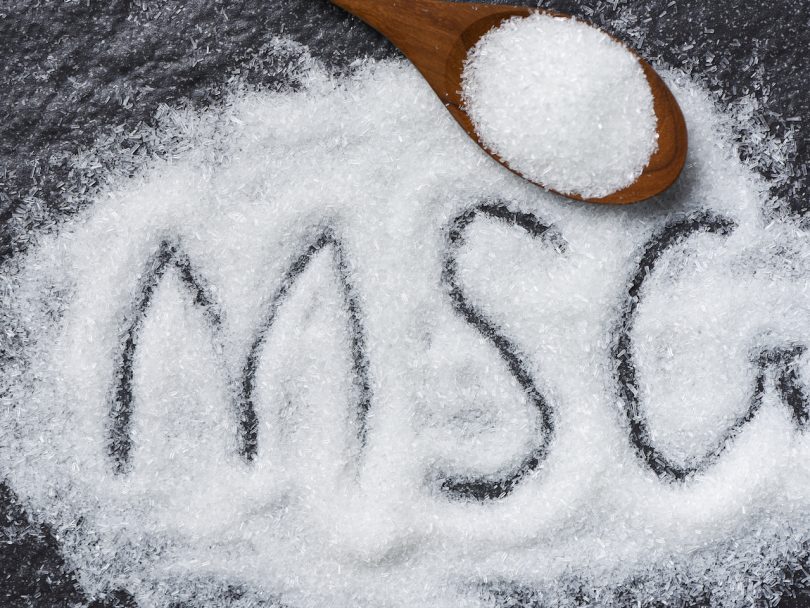 In the 1980s, like many other families, my parents and I had a standing Sunday night reservation at a local Chinese restaurant. “No MSG!” my mother would tell the waiter while we ordered our food, enunciating every word in a way that made me roll my eyes—though I didn’t doubt her reasoning. It was a given, at least in our minds: all Chinese restaurants used MSG and MSG was bad.

And we weren’t alone; for decades, MSG has been vilified for causing a whole host of issues in some people who consumed it, from nausea and headaches to non-specific “toxicity.”  But we were all wrong. MSG is harmless, and the decades of fear and loathing about it are based in racism and xenophobia.

The seasoning we call MSG, or monosodium glutamate, is a sodium salt of glutamic acid, which means a sodium ion has attached to a glutamic acid ion. (Glutamic acid is an amino acid and the most abundant neurotransmitter in our bodies. It helps with protein synthesis, detox pathways, immunity and heart function, and is important for healthy brain development.)

MSG as we know it was developed in 1908 as a flavour enhancer by a chemistry professor at the Tokyo Imperial University in Japan named Kikunae Ikeda. Ikeda discovered that kelp made his soup taste better, and eventually stumbled upon glutamic acid as the source. He identified the flavor as umami—what we now know as the fifth taste—and began to mass-produce it for use in food.

If you’ve ever used parmesan cheese, soy sauce, anchovy paste, nutritional yeast or dried shiitake mushrooms a recipe, you know how great that umami punch makes food taste. But you might not know this: all of the aforementioned ingredients, as well as many others, are natural sources of glutamate. Our bodies can’t distinguish between naturally occurring glutamate and commercially made MSG; they’re both metabolized the same way.

How is MSG made?

According to the FDA, MSG is produced by the fermentation of starch, sugar beets, sugar cane or molasses. This fermentation process is similar to that used to make yogurt, vinegar and wine. Although MSG contains sodium, it’s 66 percent lower in sodium than table salt.

How did it get such a bad reputation?

MSG didn’t even have a bad reputation until 1968, when a doctor named Robert Ho Man Kwok wrote a letter to the New England Journal of Medicine describing symptoms that he allegedly developed after several meals at Chinese restaurants. Kwok said he experienced numbness, weakness and heart palpitations, and speculated that they could have been the result of sodium or some other ingredient in the food he ate. He also said that his symptoms may have been from monosodium glutamate, which he believed had been used in his meals.


The journal published Kwok’s letter with the title “Chinese Restaurant Syndrome,” sparking a widespread fear of this seasoning. And 50 years later, it’s still widely believed that the consumption of MSG leads to sweating, nausea and headache. Some accusations go a step further, accusing MSG of being “toxic” and of “overexciting” the cells in our brains, causing brain damage. But there is no evidence that MSG “overexcites” any type of cells in any way. In fact, the study that’s used to “prove” this claim was conducted in 1969 on monkeys who had high doses of MSG injected into their brains. Since MSG doesn’t cross the blood-brain barrier, there’s no way this could happen in real life.

It’s not exactly a coincidence that anti-MSG sentiment and “Chinese Food Syndrome” began at a time in history when the U.S. viewed “the ‘exotic’ cuisine of Asia as dangerous or dirty.”

There was also a fair bit of paranoia about China’s Communist political system. Both of these things may well have influenced peoples’ negative opinions about MSG and Chinese food, even though MSG was developed in Japan. Chef David Chang of Momofuku is a huge fan of MSG, so much that he actively works to combat people’s irrational fear of the seasoning. He describes people’s reactions as “culinary racism.”

Is there any truth to the health claims about MSG?

No. A review published in the Journal of Nutrition in 2000 attempted to discredit Kwok’s allegations about MSG, finding that a reaction to histamines, which are present in soy sauce, black bean paste, shrimp and tofu, could have caused his symptoms. This is plausible, especially since no controlled studies have ever been able to replicate any of the issues that MSG is frequently blamed for, including sweating, nausea, lightheadedness or headaches.

The average person eats around 0.55mg of added glutamate per day, while the average intake of naturally occurring glutamate is around 13 grams. But even if you were to pour MSG on all of your food, you would still likely not experience any issues. A 2000 review of studies published in The Journal of Nutrition concluded that even in large doses, MSG doesn’t elicit adverse symptoms in most people. Time and time again, MSG has proven to be safe.

Instead, MSG contributes a savoury richness to food that brings it to the next level. It’s especially great for plant-based dishes that can get a bit bland; chef Andrew Zimmern says when his son’s friends used to come over for dinner, he’d entice them to eat vegetables by adding MSG.

I use MSG on popcorn, in stir-fries, in sushi rice and on any other dishes that need a bit of a flavour boost. I used it on a steak last night, and it was next-level delicious.

Do you need MSG to survive? Of course not. But fearing this seasoning isn’t necessary, either.

MSG’s story is a great lesson to always check the source of your information. Even if they’re longstanding, some bad reputations aren’t deserved.