The Olympics: How they inspire us all

There is no shortage of criticism of the Olympics, and a lot of it is financial. Some say Canadian health could be better promoted by spending those millions elsewhere, and others say it’s a waste of money all together. 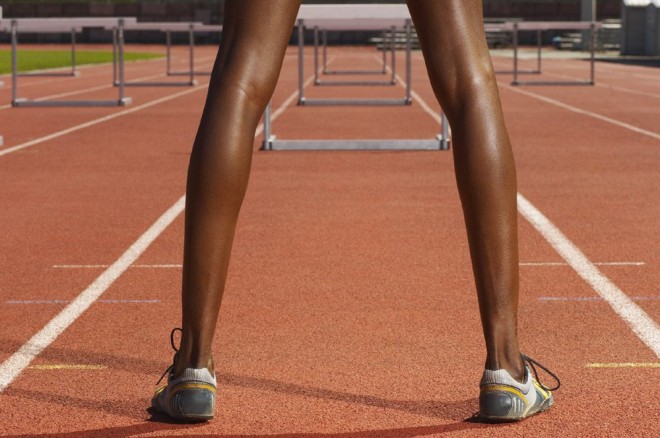 There is no shortage of criticism when it comes to the Olympics, and a lot of it is financial. Some say Canadian health could be better promoted by spending those millions elsewhere, and others say it’s a waste of money all together.

There have also been criticisms about the sponsorship by junk food companies, making the Olympics a platform for advertising of unhealthy food. And though I do get it (it’s expensive, there’s corruption and capitalism run amok, and a lot of the athletes are still on drugs) I still can’t help but get excited. It’s the Olympics!

If I never see another professional sports game/match/play as long as I live that’s fine with me. I couldn’t describe being “off side” to you if my life depended on it, but every two years I get Olympic-mania (fun fact: the 2014 Winter Olympics will be in Sochi, Russia).

It’s not the international cooperation, or the giant spectacle of the opening ceremony, it’s the true passion these athletes have for their sports that gets me so enthralled.

A hockey player making $40 million a year is harder for me to take seriously than someone who trains relentlessly while working a regular job to make ends meet. Sure pros love the game, but the mega paychecks can’t help but change my perspective.

Some Olympic athletes have a short period of time where they can cash in a bit (especially if they medal), but the majority end up sinking not just a tremendous amount of blood and sweat, but financial resources into their sport, never making it back. And they’re the real inspiration.

One thing I’ve touted since my first days as a fitness writer is that passion for exercise is everything, and Olympians embody this. Sure, they want to win, but they’re really in it for the love of their sport. I’ve interviewed plenty of Olympians in the past few years, most recently American swimmer Matt Grevers, who told me it was the passion for the sport that really drove him. I heard similar sentiments from Canadian cross-country skier Chandra Crawford, and kayaker Adam van Koeverden.

What kind of lesson can the average person take away from this? To have fun, that’s what. I’ve said it before and I’ll keep saying it: don’t fret about which physical activity is the best calorie burner or muscle builder or butt toner. Forget the gimmicks and find something physical that you like (or at least don’t hate) and work on getting good at it and incrementally push to achieve better. As soccer star Christine Sinclair recently told us: making it social, in a team environment, is what motivates her. In time you’ll be able to test other, more challenging activities furthering your joy in movement.

Along with getting moving, you can use your new-found resolve for fitness to work on making healthier food choices as well.

The reason I love the Olympics is because it’s all about the love of sport, and when it comes to fitness, all you need is love.