Douching is dangerous — and more common than you think 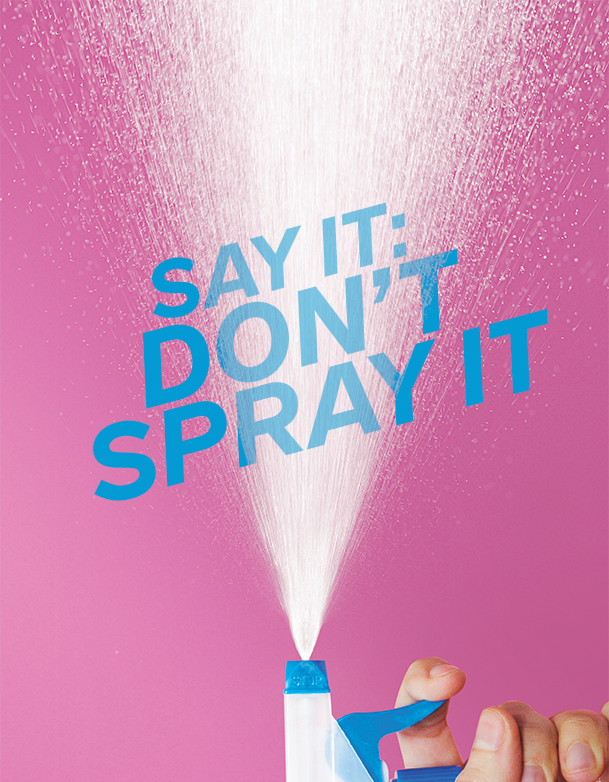 The practice of douching was marketed to housewives in the 1950s as if achieving “all-over cleanliness” and that elusive “fresh feeling” were just another household duty. If you think that’s an overstatement, consider that one of the first mainstream douching products on the market was made by Lysol — the same company these women depended on to help them disinfect their kitchen sinks or clean their ovens.

Decades of studies have since deemed douching — flushing the vagina either with water or with a solution smelling of a scent such as “ocean breeze” — an unnecessary and potentially dangerous practice that can leave the vagina prone to infection, interfere with hormones and even increase the likelihood of infertility. The medical community is almost uniform in its agreement that the best way for a woman to clean her genital area is to rinse the vulva with water. Health Canada has never recalled or issued warnings about douching products, but, when explicitly asked its position, a spokesperson directed us to a statement by the Society of Obstetricians and Gynaecologists that warns against the practice.

Yet, despite all this naysaying, douching products still sit in feminine hygiene aisles, retailing for roughly $3.50 a box. And the market for them, while decreasing, is still stronger than you might think. According to a 2013 report by the U.S. Centers for Disease Control and Prevention, nearly 20 percent of American women aged 15 to 44 douche. There are no comparable statistics for Canada, but Nielsen consumer data suggests the products raked in nearly $1.2 million here in 2015 (that figure is down by 7 percent from the year prior; U.S. sales during the same period total $51 million). And a new wave of products, such as feminine wipes and washes marketing “freshness” to a younger generation, is on the rise, the data shows.

Why, despite the pervasive messaging around its negative effects, is douching still a thing? Some research suggests it’s more culturally entrenched in some communities than in others. A recent article in the Atlantic suggests education levels may play a role. And some women who started douching when they were young may have also never quit.

But the idea that women’s genitalia are “unclean” knows no cultural or socio-economic bounds; it’s not easy to destabilize such a deeply rooted belief, especially when it’s passed down through generational wisdom and capitalized on, with great skill, by advertisers. The sexualized ideal of a hairless, “sanitized” pubic area perpetuated in pornography hasn’t helped.

Jennifer Katz, a sexual health promoter at the Scarborough Sexual Health Clinic in east Toronto, says women who come to the clinic are self-conscious of vaginal hygiene and have questions about what constitutes cleanliness. “People come in saying, ‘I don’t know what’s wrong, I have this infection, but I take such good care of my vagina, I douche it every week,’ ” Katz says. “It comes out that way, as sort of a proud thing: ‘I do all the right things and I still have these problems.’  ” Misinformation is also still common; educators at Planned Parenthood centres in Toronto and Ottawa say teenagers come with questions about the practice — namely, whether it can prevent pregnancy (it can’t), or whether it protects against sexually transmitted infections (it doesn’t).

Douching started in the mid-19th century, when the production of rubber led to innovations such as syringes that could be inserted into all manner of orifices. By the late 1800s, says Andrea Tone, who holds the Canada Research Chair in the Social History of Medicine and wrote the 2001 book Devices and Desires: A History of Contraceptives in America, many women owned re-usable rubber douches, which they filled with substances they hoped would prevent pregnancy. “By the late 1930s, it was the number one method of contraception for women,” Tone says.

But when mainstream companies started selling douches, they weren’t branded as birth control — that was illegal. Instead, they were declared a feminine hygiene product designed to cover up a “flaw” of womanhood. “They also pitched this to the multi-tasking mom who could use the same solution . . . to gargle with, clean the toilet bowl with and clean the kitchen sink with,” Tone says. The U.S. Food and Drug Administration got letter after letter complaining of acute pain, vaginal burning and bleeding, Tone says. The popularity of douching started to decline in the 1990s, after several studies that showed the risks cracked the public consciousness, says Dr. Mark Yudin, an obstetrician and gynecologist at St. Michael’s Hospital in Toronto.

SweetSpot Labs, a new line of scented washes and wipes chemically designed to be “gentle,” positions itself as an alternative for women who want to cleanse with more than just water. The products “aren’t about masking a woman’s odour — they’re about having a luxurious experience in the shower,” says Natasha Compton, senior director of public relations. “Will your vagina smell like grapefruit verbena? No.” The packaging says the products are gynecologist-tested and free of both glycerin (which the company says is an irritant) and alcohol.

But Yudin puts vaginal washes and wipes in the same category as douching products — and notes that their popularity is coinciding with a rise in Brazilian and bikini waxes, which can make the pubic area more prone to infection. He emphasizes that the vulvar area is sensitive and needs to be cleansed only with water. Ironically, his take-home message takes us back to the kitchen: A vagina is a “self-cleaning oven,” he says — just leave it alone.

This article was originally published in July, 2016, and has been updated to address two factual inaccuracies.

Related:
We answer your most personal health questions
Is Gwyneth Paltrow making you sick?
Why you should get to know your doctor