What makes an A-type, overachiever cheat when they have so much to lose? We get to the bottom of why powerful leaders get caught with their pants down. 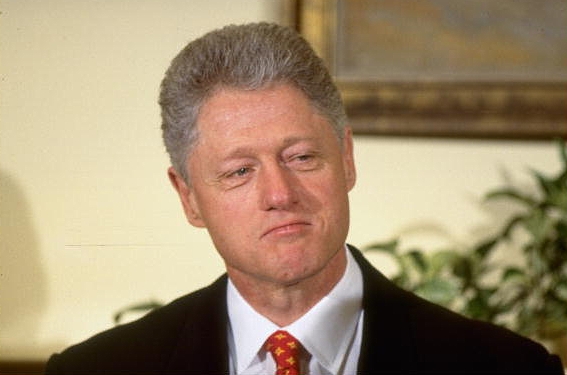 JFK, Bill Clinton, former U.S. General and CIA director David Petraeus — the list of powerful leaders who’ve been caught with their pants down and their high-minded rhetoric blowing in the wind seems to endlessly replenish itself.

But what makes an A-type, overachiever cheat when they have so much to lose? And is there any measurable difference between the crafty CEO who dips his Montblanc into the company inkwell and the smarmy middle manager that flicks his Bic in the direction of any willing woman over the age of consent?

Yes and no, says Rick Lash, practice director for leadership and talent at the Hay Group, a management consulting firm in Toronto.

Human beings are driven by similar motives — the desire for achievement, connection, and the need for power and influence — but successful men may possess one or more of these motives in excess. And more importantly, says Lash, male leaders who cheat may “get tripped up” in satisfying their need for ascendancy and prominence.

Here are three explanations for why powerful men cheat — and one tip for the ladies that love them.

1. It comes down to primal needs
“There are three primary underlying drivers of behaviour when it comes to leadership,” says Lash. Those drivers, which all human beings share in varying degrees, are the need for achievement, the need for affiliation with other people, and the need for power and influence, he says.

Unfortunately, it’s often high-profile philanderers that put a premium on number three. They pursue dominance and influence not as a means of enriching the community or helping others attain similar expressions of excellence, but simply to satisfy their desire for personal authority.

An affair with a younger woman, as in the case of David Petraeus, nourishes a leader’s sizable and voracious ego, says Lash, “it feeds a leader’s need for status.”

2. These men possess everything but self-knowledge
Bill Clinton held the highest office in the United States, if not the world, back in the early 90s. He sought to end the seemingly interminable conflict in the Middle East, and yet it appears that he couldn’t reconcile his desire for illicit sex with his role as husband, father and leader of the free world. For Lash, Clinton’s mistake, like Petraeus’s, comes down to a lack of self-knowledge.

People who possess self-knowledge are able to understand the basis of their desires, and as a result potentially control their responses. Had he spent a few minutes considering the consequences of operating on sexual auto-pilot, Clinton may have just satisfied his desire with a cigar rather than a cigar a la Lewinsky.

“This whole notion comes to the whole topic of emotional intelligence,” says Lash. “It’s not how smart people are; it’s can they recognize their own emotions and engage the thinking part of their brain to stop themselves from doing things that their motives would naturally drive them to do.”

Self-knowledge is “critical” to good leadership, says Lash and its absence can be considered an individual’s fatal flaw.

How does one cultivate self-knowledge? It may begin with a little reflection and a lot of self-interrogation. Says Lash: “People need to understand what drives their behaviour; to ask themselves the questions ‘why do I do what I do?’”

The answers may not come easily, but a little hard work shouldn’t discourage an overachiever, right?

3. It’s cultural — if you watch a lot of reality TV, anyway
The influence of the culture on human behaviour can never be discounted. Lash suggests that the market-driven consumer culture we dwell in now, where personal power is elevated above the more inclusive “socialized power,” which puts the emphasis on the community’s health rather than the individual, may take its toll.

“Most reality shows are built upon the foundations of personal power and its achievement,” says Lash.

That doesn’t mean that Petraeus was a fan of Jersey Shore. But a culture that celebrates Snooki’s ability to turn binge-drinking into a viable brand, or Kim Kardashian’s sex-tape empire, doesn’t always produce the highest-minded leaders.

4. Don’t be fooled by a charismatic suit wearing a wedding ring
Powerful men with wandering eyes may need to take personal stock of their motives and desires but the women who wind up involved in these illicit romances (that are doomed to fail) also need to take a long, hard look in the hotel mirror, says Lash.

“Women are also susceptible to the allure of personal power. The attention of these guys makes them feel good too. They should be more self aware about this element.”

Lash says both women and men need to “develop self-awareness around things that are triggering you to go down the wrong path.”

Do powerful women cheat as often as powerful men? Click here for the answer.