When affairs turn into ever-lasting love

From LeAnn and Eddie to Tori and Dean, can couples who've cheated ever make it? We take a look at the rising trend of infidelity and question whether once a cheater, you're always a cheater 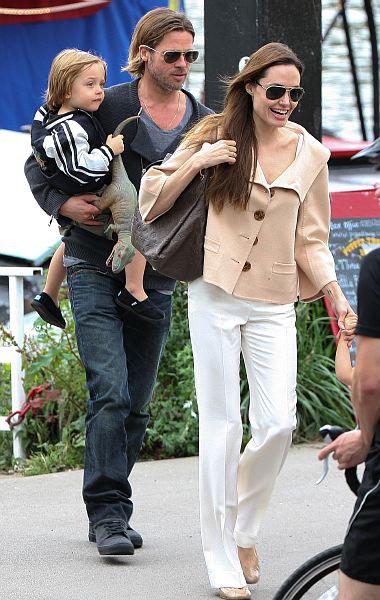 Everyone’s heard the phrase: Once a cheater always a cheater. Newspapers published it when Dean McDermott left his wife of 12 years for his lover of three weeks: Tori Spelling. Shape magazine readers wrote it in scathing letters-to-the-editor when LeAnn Rimes appeared on the publication’s cover after hooking up with co-star Eddie Cibrian—both were married to other people. And t-shirts displayed it—with alternating Team Aniston and Team Jolie camps—when Brad Pitt and Angelina Jolie’s movie Mr. & Mrs. Smith turned fiction into reality, kicking Jennifer Aniston’s marriage to Pitt to the curb.

And yet, these affairs have turned into ever-lasting love. Spelling can’t stop tweeting about her and husband Dean’s soon-to-be baby number three; Rimes and Cibrian marched down the aisle earlier this year; and Pitt and Jolie’s six children share the surname Jolie-Pitt. Perhaps there is some yin to infidelity’s yang.

Affairs are no longer exclusive to the boys
According to a 2003 report published in Men’s Health magazine, one in 20 men admitted to cheating, while in 2004, one in 22 women made the same claim in O: The Oprah Magazine. “Affairs can happen whenever there is a fear of or lack of intimacy,” explains Jena Ledson, a Toronto-based psychotherapist. “They can occur around events such as, cohabitation, marriage, children or when the relationship is going through a rough patch.”

Is honesty the best policy?
And yet, says Ledson, affairs can also turn into the real deal if the couple sticks together, is honest about their actions, and takes responsibility for the affair. Even if the glue that’s holding you together is public denial. It’s worked—seven years and counting for Pitt and Jolie. Although, Jolie did slip up in October 2009 when quoted in the New York Times saying, “Not a lot of people get to see a movie where their parents fell in love,” while referencing her and Pitt’s steamy onscreen chemistry in Mr. & Mrs. Smith.

The rules don’t change
Marriage is hard work, no matter who you’re married to…even if you’re Tori Spelling. “Given our history I often get worried that Dean is going to cheat on me,” Spelling confessed in an interview with People magazine in 2009. “If the phone rings and it’s a girl’s voice I have to ask if he’s having an affair.”

Affairs triangulate a relationship. Adding a third party to the equation sweeps salient issues with the first wife or first husband under the rug. So talk to your spouse about your insecurities, “If the couple is determined to be open and honest about the good and the bad, the marriage may have a higher chance of survival,” affirms Ledson.

Happily ever after?
Just ask Rimes. “Obviously, we made decisions that were not necessarily the right ones,” confessed Rimes about her undercover liaison with Cibrian in an interview on The Ellen Degeneres Show in September, “But, it brought us to the place where we are now, and we’re happy and we’re married.”

So while affairs are inherently destructive at the time, says Ledson. “They can also be a springboard for growth, self-examination and a reassessment of one’s relationships.”

Do you know any couples that started an affair that turned into a long-lasting relationship? Please share your stories here.

Top 12 myths about cheating
Bump watch: Tori Spelling (And sweet Twitter pics)
Is it still cheating if there’s no sex?
How much time should a couple spend together?