What divorce can teach us about how to make love last: Five tips

How a book on separation inspired this author to focus on making marriage work. 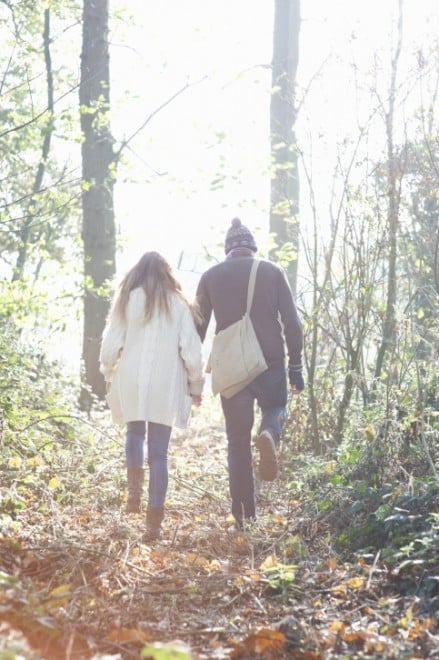 Author Dana Adam Shapiro undertook the writing of his new book You Can Be Right (or You Can Be Married), in which he catalogues the personal stories of divorced people, because the never-married, serial monogamist wanted some solid intel on what factors make relationships go kaboom. Through knowledge of those failures, he hoped to come away with some sense of what makes love endure.

“I set out to live vicariously through the romantic tragedies of others,” writes Shapiro in the introduction to You Can Be Right, “hoping to glean some wisdom from the wreckage and to ultimately become so fluent in such failure that I would be able to avoid it in my own love life.”

After interviewing hundreds of people, he realized he’d created something more than a catalogue of failures, however — paradoxically, he’d written a book about love.

Here are five tips on how to make love last from Shapiro and his work:

1. Be yourself
Save yourself the heartache and the lawyer bills: don’t pretend to be cooler, sexier and more casual then you really are with anyone you anticipate spending more than 20 minutes of your life with. In short, own your imperfections and don’t “airbrush yourself,” writes Shapiro, who says he interviewed many people who felt they’d compromised on who they were so much to keep a relationship going that they “woke up seven years later without an identity.”

“Be yourself as quickly as possible,” he says on the phone from his home in Venice, Calif. “Figure out your character and own it.”

“Your needs don’t make you needy,” says Shapiro. They just make you who you are.

2. A bad boyfriend will be a bad husband
There are always clues to how a relationship will play out ultimately — even from the first few weeks. “Whoever somebody shows themselves to be right at the beginning, that’s who they are,” confided Liz, 42, in Shapiro’s book.

So, if your new boyfriend shows a lack of concern for your time — if he’s careless with your heart and selfish about his time, and you think he might be a bit of a jerk, then it might be wise to consider walking away before you morph from a miserable girlfriend into a tormented wife.

3. Talk about sex
In the book, Shapiro calls it “discussing the dirty” and he devotes an entire third of the book to the importance of being open and honest with your partner about what turns you on and what, by god, does not turn you on.

“Be honest about what you like,” says Shapiro. For some, that may mean a fetish for white lace or a predilection for dirty talk. Others may secretly crave more simple non-pleather-clad kinks — for their partner to kiss them when they come home from work or to spontaneously sweep them in their arms — crazy stuff like that.

Whatever you like, make it known and foster open communication with your partner about their desires too. If you don’t, well, desires have a way of expressing themselves.

4. The elephant in the room is not invisible — you’re just pretending it is
Engage the elephants, writes Shapiro. By which he means attend to all of those conflicts that you choose to ignore or sidestep because you don’t want to get into it. The debate about whether or not to have kids, about what to do with his aging mother, and the mounting Visa debt will not be ignored for long.

“The things that we choose to avoid talking about — or that are hard to admit — they fester and multiply,” says Shapiro.

In five years time that ‘should we get married baby elephant’ might assume the shape of a herd. And when that happens, cue the stampede.

“[Conflicts] will never go away until you engage them,” says Shapiro. Talk about them with an eye toward fostering the health of the partnership. When conflict is approached with that ideal in mind, honesty brings clarity and resolution, not smashing plates and tears — well, most of the time.

5. Advice is great — but don’t forget to thank Lady Luck
If you’ve found love and you’re making it work most of the time, it may be because you’re doing a lot of things right and you’re taking all that great relationship advice and putting it into practice. But maybe you got pretty lucky with your partner too, who’s not such a jerk after all, so mouth a silent ‘Thank you, God’ 80s rom-com style.

“Any success that you have in life, whether it’s in work or relationships, there’s an element of luck,” says Shapiro. Even think about all of the factors that had to come into play for you to actually meet your partner, he says.