Eight ways to get through the heartbreak of divorce

While there’s no cure for a broken heart, there are methods, mantras and approaches to ease the pain that may serve you well in the long run. 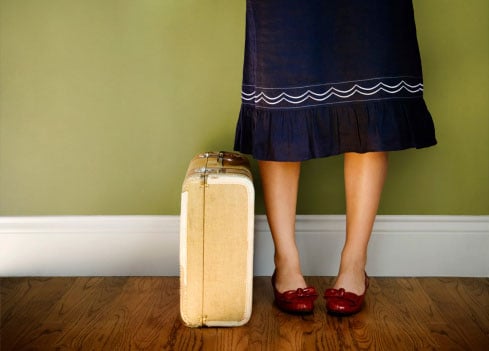 Find out how to cope with a divorce in the healthiest ways possible (Photo by Getty Images).

There’s no point in sugarcoating it: break ups, separation and divorce hurt like hell. There are few life events more painful, draining and traumatic than the process by which one becomes two again.

Here are eight tips to help you cope with what may be the greatest emotional and psychological challenge of your life:

1. Mourn, baby, mourn
The end of a relationship is often likened to a death. The analogy is fitting, says Barbara Dydyk, an Aurora-based clinical psychologist, family therapist, and the author of And They Lived Happily Never After? A Brief Survival Guide for Women Facing Separation and Divorce.

“It’s the death of your marriage and the death of all the fantasies you had about the future together,” says Dydyk.

As a result, during separation and divorce you’ll experience the same kinds of feelings you would as if you were mourning the death of a close relative or friend, she explains, emotions that include denial, sadness and anger for starters.

Let the tears flow. It may not feel good, but it’s necessary and natural. And one day you may even be able to look at the wedding photos and say R.I.P.

“If you’re still fighting five or 10 years later, what I’ll frequently say to people is ‘you’re still married!’ You talk about being separated but you’re married to each other through your anger.” offers Dydyk.

Next time you feel tempted to have the last word when he makes a crack about support, take a deep breath and enjoy the fact that you’re not married anymore and therefore don’t need to get into it with him.

3. Let it all hang out — among friends
You’re heartbroken, hurt and angry, and if infidelity has played a role in the demise of your union, you’re feeling an epic sense of betrayal too. You need someone to talk to, but that person shouldn’t be your ex’s voicemail, your 12-year-old daughter, a patient colleague or confused barista at your favourite coffee haunt.

Talk to a trusted friend, a family member (‘Hi, Mom; it’s me again’) or a therapist, says Dydyk. If that doesn’t suit you then keep a no-holds-barred private journal detailing your ups and downs. The point is to find the most healing and productive way to process your emotion rather than keep it inside.

4. Reframe your anger
Cope with angry feelings and bitterness by recognizing that it’s a symptom of profound hurt. Dydyk advises people “reframe” anger by focusing on the real hurt that underlies the rage. Once you acknowledge how you’ve been hurt you can begin to deal with it on your own rather than expect the offender to fix it, says Dydyk.

5. Keep the kids out of it
Oh, it’s tempting to tell little Tammy why her father left and how he did it and how he’s arguing over child support. But it’s not a good move, says Dydyk.

For one, criticize the father of your children and in a way you’re taking aim at them too and almost at the cellular level — they do share DNA after all.

Secondly, you put the kids in the middle.

“It’s a bad idea to do it because there are two sides to the story and if you say it and the kids tell Dad, Dad is going to want to give his side and the kids are caught being the therapist or the parent to the two fighting children [when what they need] is the security of two parents who are being grownups and providing a safe crucible or family vehicle for them to thrive in and it’s just the opposite when you’re maligning each other.”

It may be difficult now, but console yourself with the fact that in 10 or 20 years your son or daughter will be able to thank you for your quiet strength, your determination to do the right thing, and your infinite capacity for keeping quiet about their dad.

6. Take care of yourself
Rent a movie. Get a pedicure. Take a hot bath with some ridiculously expensive organic bubble bath — whatever you do when you’re at “the end of your rope” it’s important to indulge in self-care, says Dydyk.

If you have kids, use the time that the kids are with their dad or their grandparents to do it. “It doesn’t need to be major — going to the spa for the weekend — it’s just that you’re in touch with what’s going on for you and taking care of it,” says Dydyk.

Taking care of yourself can be as simple as making sure you get a decent sleep and eat three healthy meals a day, she adds.

7. Don’t beat yourself up
If you were the love rat whose betrayal tore the household apart, or if you initiated the divorce, it’s likely you’ll be feeling pretty down on yourself. That’s natural. But deal with your guilt with a minimum of self-hatred.

8. Aim for indifference
Now that it’s all said and done: the house is sold, the assets divvied up, and the papers signed, sealed and delivered, ask yourself what it is you want for your life and future now. One goal that may prove helpful is to aim for indifference when it comes to your ex, his choices and his new potential partners, says Dydyk.

The goal of divorce is not to win, she says, “the goal is indifference. To be able to feel indifferent and to have your kids feel that the parenting team is solid.”

Not letting your ex get to you is a long-term goal, says Dydyk, but unlike your secret hope he’ll simply disappear into thin air, it’s an achievable one.

Have you ever experienced a divorce or had a long-term relationship fail? Tell us how you coped in the comment section below.