Broken up and still living with your Ex? Advice on handling the nightmare

Sharing a home with an ex is obviously a very bad idea, but sometimes it's a necessity. Here's some expert advice on how to cope 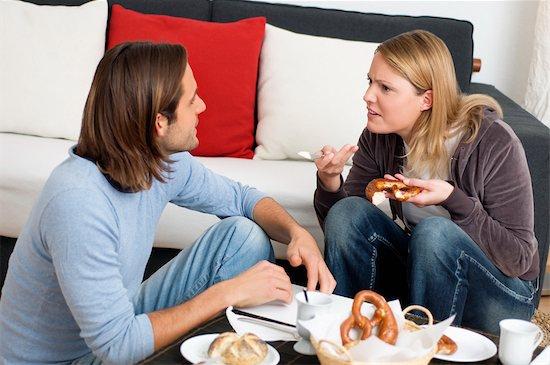 The other day, I was listening to a radio call-in show about sex and relationships, and one of the stories really struck me. A young woman had recently broken up with her boyfriend of two years, but they continue to share an apartment. They were trying to transition into roommates and friends, switching off nights sleeping on the couch and bed. She recognized that the situation was pretty awful, but wasn’t sure she had a lot of other options. “Together, we live quite comfortably,” she said. “But on my own I would be poor.”

Awkward moments in the kitchen

What a nightmare. If you’re anything like me, once you break up with someone you don’t even want to run into them on Facebook, let alone standing at your kitchen sink. But, with just the wrong set of circumstances – money problems, stubbornness or a lack of friends and family with pullout couches – it can happen. Anyone who has recently tried to find an apartment, especially in a big city, knows that finding a clean, safe, decently located place that fits your price range isn’t easy. And if your family and most of your friends live elsewhere, your post-breakup options can be pretty limited.

Dr. Kimberly Moffit, a psychotherapist based in Toronto, says that in her practice she sees exes who try to live together – and that it usually isn’t pretty. Any number of problems can arise. It can be tough to know where to draw boundaries, especially when it comes to physical contact. Are you going to keep sharing a bed? Is it okay if he walks in while you’re in the shower? Will the cornflakes continue to be communal property? Once you break up, it’s no longer “our milk,” but a heartbreakingly pragmatic arrangement. “A lot of the joyous activities wouldn’t be joyous anymore,” says Dr. Moffit. “And, of course, it would be much more of a roommate-style relationship where what’s yours is yours and what’s mine is mine.”

Plus, instead of the nurturing, loving environment you were once able to provide for each other, you’re now faced with either simmering resentment, outright hostility or something. And to make matters worse, you probably still love the jerk. Continuing to have sex, of course, is the most complicating factor, as you’re simultaneously comforted and suffer an emotional setback.

Space –both physical and emotional – is essential to recovering from a broken heart. “It’s very difficult to deal with a breakup if you have the same group of friends as your former partner or if you work in the same environment – especially when they begin to date,” says Dr. Moffit.

Where to draw boundaries

And so that’s why any couple that lives together after a breakup – whether it’s for one awkward week or six terrible months – needs to draw some boundaries. Figure out where you’re each going to sleep and what your new comfort zone is with nudity and physical contact. If you’re both planning on dating again, it might be appropriate to enforce a no-sleepovers rule so you’re not confronted with how easy it appears for your ex to get over you.

Dr. Moffit also advises discussing all of the household responsibilities again – who’s going to be doing the cleaning, whether you’re doing separate grocery shopping now – to make sure you’re on the same page and that things are equitable now that you have to step out of the roles you played in the relationship and into a more pragmatic arrangement as roommates. It’s not realistic to expect to be friends right away, so you might want to try to minimize the amount of time you spend together and instead turn to other parts of your support system.

With some compromise, compassion and maturity, you can make the best of any less-than-ideal situation. But Dr. Moffit’s ultimate advice? “If there’s any chance you can get the hell out of there, do it.”