My concussion triggered a deep depression that I never saw coming

Carla Ciccone was told rest would heal her head injury. Instead, her symptoms — headaches, dizziness and suicidal thoughts — got worse. 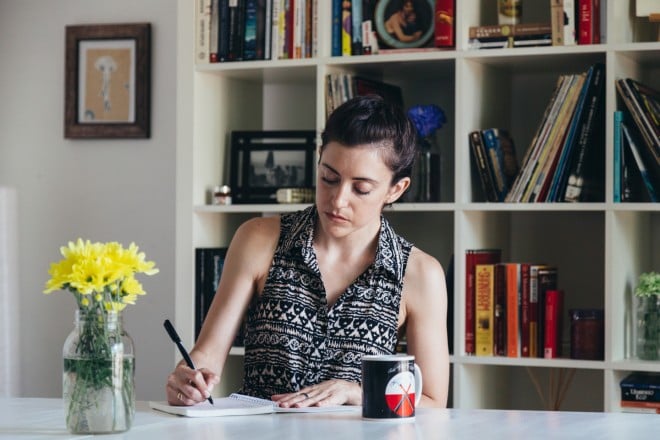 Carla Ciccone has been dealing with the after-effects of her concussion for four years. Photo, Reynard Li.

I used to have the ability to recall the birthday of any one of my friends and family. That was then. My memory isn’t quite so sparkling now.

In the fall of 2012, I got a concussion. I didn’t fall off a bike and hit my head on a rock, or go down valiantly trying to catch a ball. I got a concussion in the saddest, most sedentary way possible: while eating dinner in a Toronto restaurant.

A busboy wasn’t paying attention, the space behind my chair was slim, and in an instant, the stack of heavy plates he was holding slammed into the back of my head. I blinked in and out of consciousness, confused and in pain. A woman offered me Advil. A man sitting across from me asked if I thought I should go to the hospital. He had seen — and heard — the conk. “I don’t know? No?” I said. Surely, the pain would go away. “Maybe I’ll have a small bump on my head tomorrow,” I thought.

Related: 5 signs you may have a concussion

I woke up the next day with a headache that felt like the crippling cluster migraines I used to get as a teenager. The pain started at the back of my head and radiated out through my eyes and ears, down my neck and into my back. Light from the dim lamp beside my bed intensified the throbbing. Once I got up and shakily felt my way along the wall to the bathroom, the sound of water coming out of the faucet was like thundering rapids to my sensitive ears. Every sound and every source of light were absorbed into my body as pain.

I attempted to write but the sentences that came out were garbled and nonsensical. I realized I needed medical attention only when I posted a selfie on Instagram and a friend pointed out that my left pupil was fully dilated, while my right was normal. After I was diagnosed in the ER with a concussion, the doctor told me to rest and do nothing. Don’t read, don’t write, don’t exercise, don’t watch TV and don’t do anything stimulating. Sounds easy enough, I thought.

For many, that advice is the road to healing. For me, it was a recipe for disaster. The longer I stayed in, trying to rest, the more anxious and agitated I became. It didn’t take long — two weeks at most — for depression to sink in, like an inky nightmare that stuck around after I woke up, saying, “I live here now.” Prior to this, I had inadvertently kept my mental health in check by doing yoga, dancing, taking long walks, writing, reading, socializing, dating and doing normal things that are part of a normal life. With all of that taken away, I was left alone with my panicked thoughts. My head hurt too much to think about bettering my situation. My head hurt too much to think about much at all. 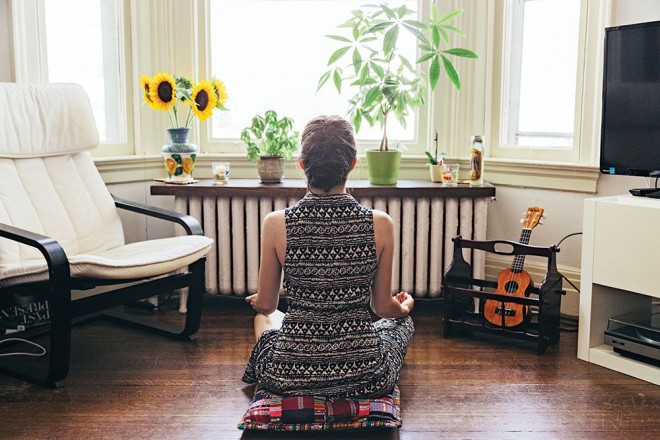 One morning, a few weeks after the accident, I woke up and stared at my block of kitchen knives for 20 minutes, imagining killing myself with them or rather that they might just float up into the air, land on me in formation and save me the trouble. Suicidal ideation wasn’t on the list of symptoms I’d been told to watch out for, but it scared me enough to see my family doctor. After I broke down and told her I was contemplating suicide, she referred me to a neurologist, ran tests, diagnosed me with clinical depression and prescribed a low-dose antidepressant. Turns out I was one of the approximately 10 percent of concussion sufferers who experience persistent, troublesome symptoms that last beyond the normal three weeks. Post-concussion syndrome can cause anxiety, depression, irritability, anger, fatigue, insomnia and memory problems, in addition to more common concussion symptoms, like headaches and dizziness.

My doctor also signed me up for weekly cognitive behavioural therapy. Over the next few months, my group, composed largely of people suffering from clinical depression, used workbooks, round table chats and other exercises to learn how to heal and retrain our minds to think more positively and productively.

Once I was cleared to introduce stimulating tasks, I started to paint because it didn’t hurt my head or eyes to do so. I made long, genuine gratitude lists. I listened to music, read for short periods of time and went for walks. As my body healed and the headaches lessened, I was able to work out, which helped my mood immensely. Eventually, I could write again, too, although I still struggle with word recall and memory.

Four years after the concussion, working on my mental health has become routine. I’m no longer clinically depressed, but muddled thoughts, anxiety and memory problems still come and go. Sometimes these things upset me, but I’ve learned to be patient and kind with myself, and gratitude always outweighs my frustration.

More:
What it feels like to live with chronic cancer
I spent 20 years hiding my depression — now I’m ready to talk
4 major cell phone health risks and how to avoid them