What’s Going On With Paid Sick Days In Canada?

'Even before COVID happened, workers were going to work sick because they had no other choice.' 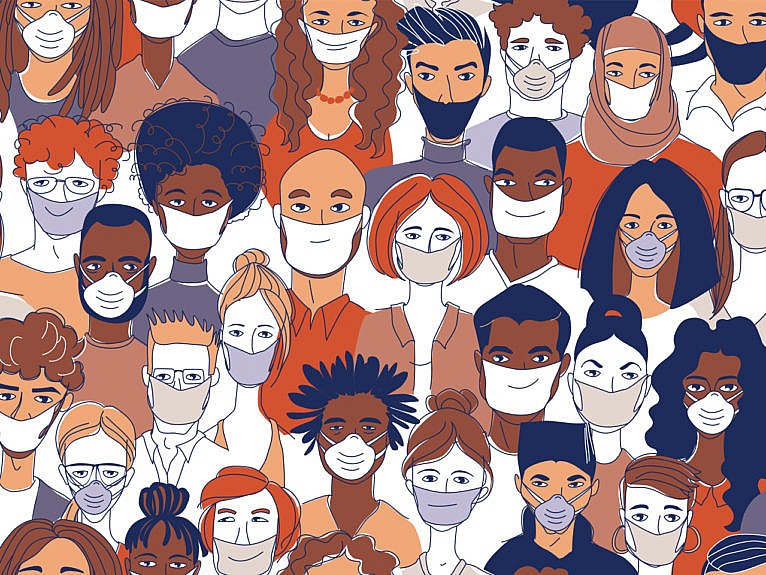 As many provinces struggle through a second wave of COVID-19, the economic disparity among Canadian workers is becoming more evident than ever. A report by the Decent Work and Health Network (DWHN), an Ontario-based group of healthcare workers and advocates calling for better health through improved working conditions, found that 58 percent of workers in Canada don’t have access to paid sick leave, and this number jumps to 70 percent for low-wage workers. With the pandemic forcing more people to take time off work for health reasons, the topic of paid sick leave has become increasingly urgent. Recently, mayors from big cities all over Ontario called on the provincial and federal governments to implement paid sick leave, but Ontario premier Doug Ford has responded to these calls by saying that there is “no reason” the province should do so. The call for paid sick leave has also been echoed by Theresa Tam, Canada’s Chief Public Health Officer, who released a report in October calling for paid days as a way to reduce health inequities and protect workers. Here’s what you need to know about paid sick leave in Canada.

What are you legally entitled to across Canada?

Canada ranks in the bottom quarter globally when it comes to providing paid sick-leave for workers on the first day of illness, according to the DWHN report. Other economically strong countries that are, like Canada, members of the Organization for Economic Co-operation and Development (OECD) typically mandate employer-provided paid sick days for short-term illnesses—and have social insurance programs that fund longer-term sick leave.

In Canada, yearly paid sick days are only legally required in Quebec (where workers are permitted two days per year, after three months of employment) and Prince Edward Island (one day after five years of employment). People working in federally controlled industries, like banking and telecommunications, are also permitted three paid sick days per year. Outside these exceptions, workers in Canada have to rely on their employer to provide them with paid sick leave. The province of Ontario previously required two paid sick days per year, but this was repealed in 2018 by the Ford government. For years, worker advocacy networks have been calling for governments to mandate paid sick leave for all workers, and these calls to action have been amplified with the pandemic.

“Even before COVID happened, workers were going to work sick because they had no other choice,” says Debora De Angelis, Ontario’s Regional Director for Canada’s United Food and Commercial Workers Union, a union that represents workers in a wide variety of industries, including retail, healthcare, and food services. “Now more than ever, it’s so obvious that what we need are real legislated, paid sick days for every worker across Canada, regardless of where you work.”

What changes have been made since the pandemic?

In 2020, the federal government introduced the Canada Recovery Sickness Benefit (CRSB), which provides $500 per week ($450 after tax deductions) to workers who need to isolate due to COVID-19, or have an underlying health condition that puts them at greater risk of getting the virus. Individuals can apply to receive the benefit in one-week intervals, for a maximum of two weeks.

However, the CRSB doesn’t provide immediate accessible paid sick leave, and it pays less than a full-time minimum-wage job does in most provinces. The benefit’s policy also excludes some essential workers, such as migrant workers, who may not have the social insurance number required to access it. Carolina Jimenez, a coordinator with the DWHM and a nurse working in Toronto, points out that the CRSB is also not accessible to people who already have a paid sick day policy in place at their job. “Let’s say my employer gives me two days, and I’ve already used them up for something else, I wouldn’t be eligible for the federal sickness benefit,” says Jimenez.

In order to prevent the spread of the virus, it’s important for people to stay home as soon as they have symptoms, because that’s when they’re most infectious, says Jimenez. But because the benefit can take up to four weeks to arrive, it might not be enough of an incentive for low-income workers to stay home, even if they’re feeling sick. “You don’t even know if you’re going to get [the benefit] when you apply for it,” says Pamela Charron, a coordinator with the Worker Solidarity Network, a British Columbia-based organization of labour activists advocating for workers in retail sectors. “Workers are still going to work with a bit of a sniffle, because they don’t want to lose a day’s pay.”

What effect does a lack of paid sick leave have during a pandemic?

“Women, racialized workers and workers in the precarious sector [are] not making [enough] money [where] they can choose to stay home,” says De Angelis. Lack of paid sick days in a pandemic amplifies the existing wage gap in Canada, she says—a wage gap that disproportionately affects those groups.

“It’s extremely frustrating for me to not feel supported by the provincial government at this time during a crisis,” says Jimenez, who doesn’t have paid sick leave as a nurse working for a private clinic. This is also a current reality for nurses employed by hospitals in some areas of Ontario—who no longer get paid if they test negative for COVID but still need to self-isolate for 14 days, as per the Ontario government’s policy. “The pressure to work sick is intensified for my patients, who are in precarious work and low-wage work, who literally cannot take time off because their finances would greatly suffer.”

“As a nurse, if I tell my patient to stay home when they’re sick, and they can’t afford it, it means nothing,” says Jimenez. “So right now, when we’re seeing the hospitals filled up, the ICU is filled up, we need to do everything we can to protect workers on the job, so that they have the agency and the confidence to take time off when public health is asking them to.”

What are people calling for?

For years, worker advocacy networks and organizations around the country have been calling for government-mandated paid sick leave for all workers. Specifically, the DWHN is calling for workers in Canada to be guaranteed at least seven paid sick days yearly, with an additional 14 paid sick days during public health emergencies—like the current pandemic.

“We’re [almost] a year into [this pandemic], and workers are still not getting paid sick days. It’s been too long,” says Charron. Guaranteed paid sick leave would not only help to slow down the rise of COVID-19 cases, but it would ensure that workers’ economic security is not severely impacted every time they get sick. Despite a fear that employer-provided paid sick would be an added cost for small businesses, studies have shown that the majority of small business owners support paid sick leave and are not heavily impacted by the added cost. In order to help small businesses during this time, the DWHN says governments could provide supports like rent relief and wage subsidies, but not withhold paid sick leave which is necessary to workers’ wellbeing.

“We need to make sure that the government is doing everything they can to support these workers,” says Jimenez. “If it’s not in a crisis, like we’re in right now, then when is it going to be?”