Should you be worried about mumps? Here's what you need to know

With multiple cases reported across Canada, now is a good time to check whether you've been immunized. 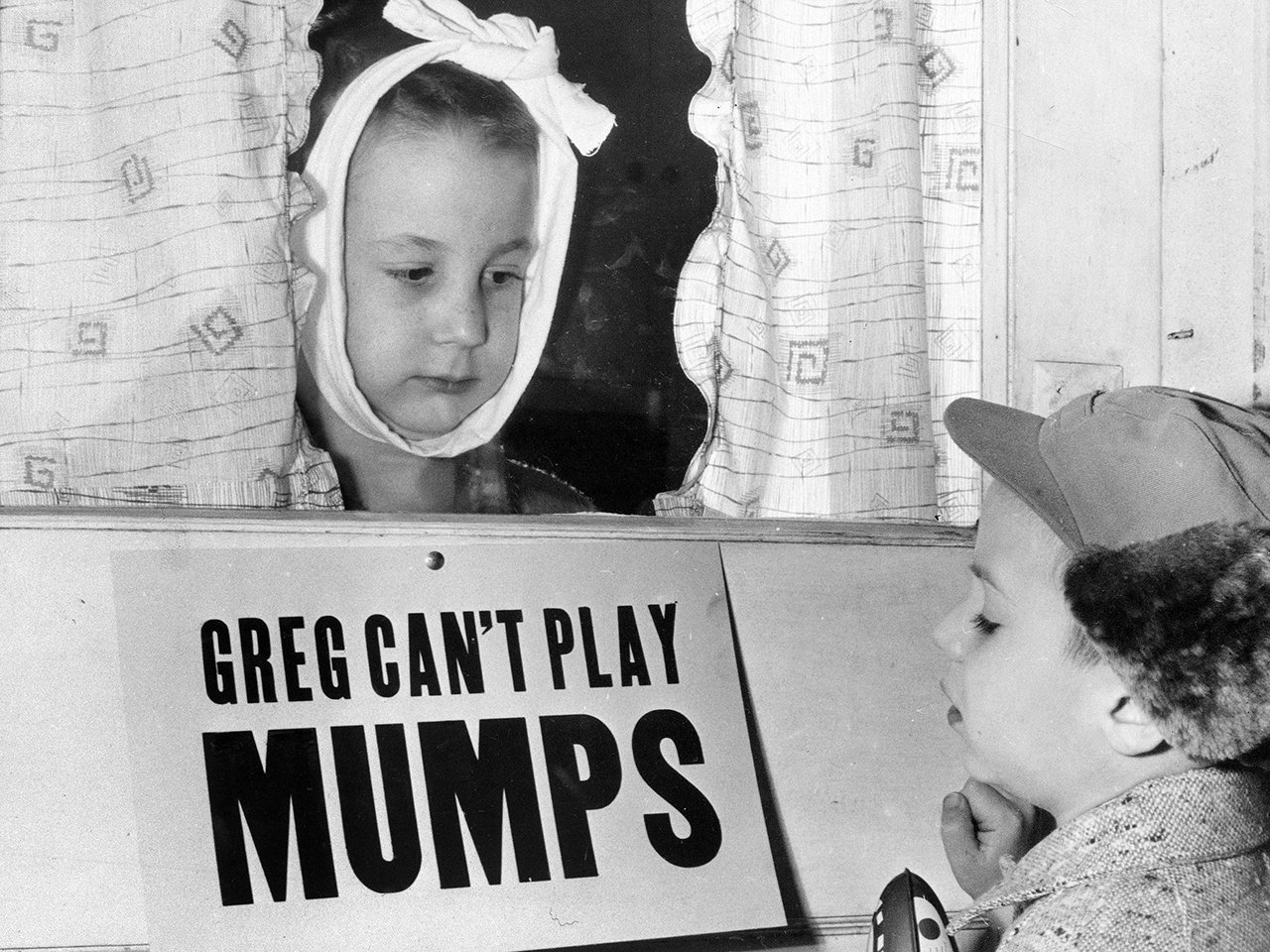 Most people born before the 1970s had mumps as a child, like poor Greg, in this picture from 1957. Photo, Associated Press

Mumps is known as a highly contagious virus that typically affects children, but in the past few months, it’s spread among Canadian adults. Five Vancouver Canucks players were sidelined in late February after several of them showed signs and symptoms of mumps (one was officially diagnosed); 27 cases have been reported to date in 2017 in Alberta; Manitoba has confirmed at least 184 within the past six months; and three new cases in three different high schools this month brought the official count to 28 in Toronto. All cases that have been confirmed in Toronto are in adults aged 18 to 35.

Should you be worried? We talked to Toronto Public Health’s Associate Medical Officer of Health, Dr. Vinita Dubey, to understand who is at risk for mumps and what to do if you think have it.

Isn’t everybody vaccinated for mumps?
Before the 1970s, there was no effective vaccination for mumps. People born between 1970 and the early 1990s typically received the MMR (measles-mumps-rubella) vaccine, which significantly reduced the incidence of all three diseases.

It wasn’t until the early-to-mid 1990s that doctors realized two doses were required to better protect against mumps and second doses were routinely given. But people born between 1970 and the early 1990s (in Ontario, it’s 1992) likely only ever had one dose — or none at all. “You could have easily missed that second shot, unless you got your immunizations updated for travel, for example,” says Dubey.

“A lot of the people in this age group may be parents themselves and have gone to get their children vaccinated numerous times but never think about themselves or their partner,” says Dubey. “Mumps used to be a childhood disease but now we’re seeing it in this young adult group because they’re the ones who are not protected.” 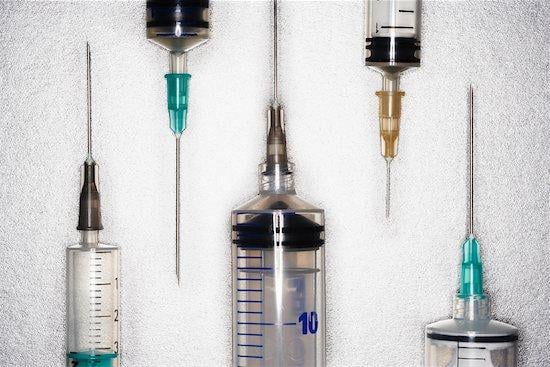 What you need to know about the flu shot - Chatelaine

How do I know if I have mumps?
“The telltale sign is the swelling at the side of the neck,” says Dubey. This is caused by the inflammation of the salivary glands around the jaw and cheeks. Other symptoms are similar to those of a cold: fever, headache, muscle aches, fatigue and loss of appetite. About 10 percent of men can get orchitis, an inflammation in the testicles that causes pain and swelling and may lead to sterility. Women can also experience swelling in their ovaries, which causes abdominal pain but rarely leads to infertility.

It’s rare, but mumps can also lead to permanent hearing loss, meningitis or encephalitis (infection of the brain). These complications affect less than one percent of people who contract mumps says Dubey. “If you’re vaccinated, you tend to have milder symptoms — you may just have a mild cold.”

What should I do if I think I have mumps?
Get in touch with your family doctor to check whether you’ve had both doses of the vaccine. The infection can be incubated in the body anywhere from 12 to 25 days. Cold-like symptoms last for three to five days and any swelling in the jaw should subside within seven to 10 days.

Can you get mumps more than once?
No. “Typically if you’ve had it once, you have immunity for the rest of your life and you won’t get it again,” says Dubey.

Why are educated parents refusing to immunize their kids? - Chatelaine

Do I need a second shot if I’ve already had the shot once before?
Yes, two doses provide better protection than one. “It’s the exact same vaccine, just a second dose,” says Dubey. “The first dose gives about 75 percent protection. Two doses give between 85–88 percent protection against mumps.”

What if I don’t have my immunization records?
“For people who don’t have their immunization card or weren’t born in Canada, it’s safe to assume you’re not vaccinated and you should go get immunized,” says Dubey. Remember to tell your family doctor or the local public health unit where you grew up.

Why are these outbreaks happening?
“Canada has always had ‘low-level mumps,’ but for some reason, it magnifies and spreads every few years,” says Dubey. “We call what’s happening right now a ‘susceptible pool.’ Essentially it’s a large group of people who have only had one dose or no dose, so if the virus is circulating more broadly, it will find individuals who are susceptible and they will come down with it.

“You need high herd immunity in order to prevent these outbreaks. But if you have pockets of individuals who are unvaccinated, that’s how the outbreaks happen.”

Are there other ways to prevent the spreading of mumps?
Mumps spreads through saliva or mucus from the nose and throat, so avoid sharing drinks, foods and utensils. “Kissing, coughing, sneezing and talking in crowds in close environments may spread it,” says Dubey.

More:
3 surgeries, fiery pain, dismissive docs: My life with endometriosis
People deserve to die with dignity — here’s how I help them
Why 338 inspiring young women are taking over the House of Commons