Feel more energetic in a flash with our resident naturopath Natasha Turner’s five simple ways to supercharge your serotonin. 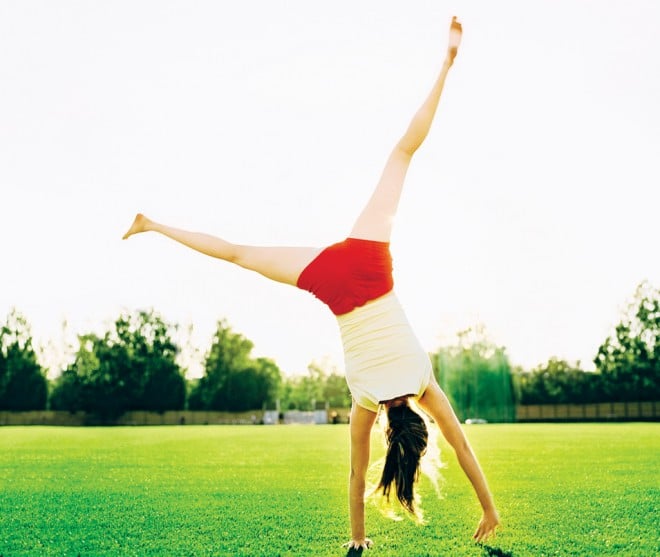 Sure, it’s called the “happy hormone” because it has such a big impact on mood, but the brain chemical serotonin also affects memory, appetite and cravings (especially for carbs), pain tolerance, sleep quality and digestion. If you notice you’re more hungry or sleepy or just less sunny than your usual self, you may be suffering from low levels of this important neurotransmitter.

When it comes to serotonin, a healthy diet is key. If you don’t get sufficient nutrients, you’re at a much greater risk for serotonin deficiency (a problem common in serial dieters). You may also experience a dip if you’re under a lot of stress, since high levels of the stress hormone cortisol deplete serotonin levels. A recent study in Biological Psychiatry found low serotonin makes people more prone to anger and aggression, and there have been many studies on the link between serotonin deficiency and depression. (It could even be the reason you find yourself sideswiped by a migraine.) Fortunately, there are some simple, natural things you can do to get your serotonin levels back up where they belong.

1. Spend time in the sun
Heading into the sunshine, even on a cool day, is a surefire way to increase serotonin and boost your mood. A recent study from researchers at Zayed University in the United Arab Emirates revealed a few weeks of spending more time outdoors significantly decreased symptoms of depression. The Mayo Clinic also recommends open- ing blinds, trimming tree branches that block sunlight and sitting closer to bright windows to catch a few extra rays.

2. Improve the quality of your sleep
Do you feel desperate for a nap by noon? Studies show the chemical 5-hydroxytryptophan (5-HTP), which is a derivative of the amino acid tryptophan, may help raise serotonin levels and relieve sleeplessness. It’s also used to treat mild to moderate depression, as well as anxiety and pain disorders, such as fibromyalgia. As an added bonus, it may also help you regulate your weight by making you feel fuller after eating. Try 50 to 400 mg per day in divided doses or before bed, allowing four to six weeks for it to reach full effectiveness.

3. Pop some vitamin B
If you’re feeling a little low, break open the B vitamins — both B6 and B12 ease symptoms of depression, reports a study in the American Journal of Clinical Nutrition. Vitamin B6 in particular supports both the production and function of feel-good hormones in your brain, including serotonin and melatonin.

4. Snack on nuts and seeds
The chemical inositol is part of the outer covering of your body’s cells. In addition to contributing to the function of muscles and nerves, it also increases serotonin activity. Studies show people with depression often have low levels of inositol in their spinal fluid, and one study found a daily dose relieved moderate symptoms of depression after four weeks. You can add it to a daily smoothie in its powdered form, or help your body release more inositol by eating nuts, seeds, beans, cantaloupe and citrus fruit.

5. Book a massage
Research in the International Journal of Neuroscience shows a little time on the massage table not only reduces levels of the stress hormone cortisol but also boosts levels of your feel-good hormones serotonin and dopamine. Bliss!

Natasha Turner, N.D., is a naturopathic doctor and author of the bestselling books The Hormone Diet, The Supercharged Hormone Diet and The Carb Sensitivity Program. She’s also the founder of the Toronto-based Clear Medicine Wellness Boutique and a regular guest on The Dr. Oz Show and The Marilyn Denis Show. For more wellness advice from Natasha Turner, click here.