How much is too much radiation?

Between X-rays, mammograms and CT scans, we are exposed to radiation all the time. Are the risks associated with radiation exposure worth the benefits of these tests? 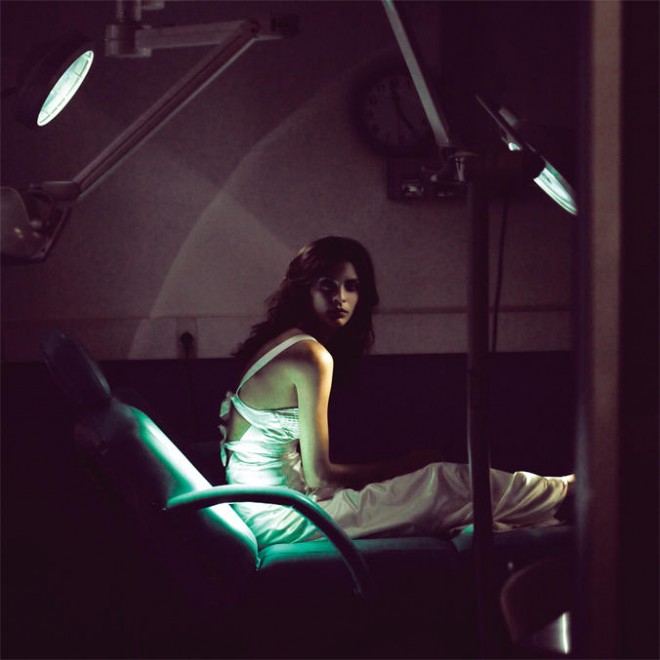 There’s an impostor in my body. Ultrasounds have revealed an inky lump of cells with irregular borders lurking among the healthy tissue in my right breast — and I’m about to have a mammogram to gauge the seriousness of the situation.

It’s March, and the morning of the appointment during which I will be exposed to a small dose of radiation happens to coincide with frightening news about radiation in Japan. On a TV screen in the waiting room at Toronto’s Sunnybrook Health Sciences Centre, I watch as workers at the Fukushima Daiichi power plant attempt to cool overheating nuclear reactors that were damaged after a devastating earthquake and tsunami. Experts discuss the effects of radiation on long- and short-term health — and then my name is called.

The technician proceeds to squash my breasts between two clear-plastic panes. I can’t help but feel like the world’s least sexy (and most uncomfortable) pin-up model — the reluctant Marilyn Monroe of M Wing. Over the next five minutes, my 30-year-old body is exposed to almost as much radiation as I would normally receive in a full year.

Common medical-imaging tests — such as mammograms, CT (computed tomography) scans, X-rays and nuclear-medicine tests (studies that involve the injection of radioactive tracers, such as in a cisternogram) — use radiation to take super-sharp pictures of what’s happening inside the body. Doctors then use that visual data to diagnose cancer and other serious health concerns. These tests often save lives. But with the potentially harmful long-term effects of radiation exposure front and centre on the international stage, concerns about health risks — such as an increased incidence of cancer — are now top of mind across the globe. How can we be sure that diagnostic imaging isn’t doing us more harm than good?

“Any time you use radioactivity or ionizing radiation, such as with X-rays or CT scans, there is the potential to cause some harm,” says Edward A. Lyons, former president of the Canadian Association of Radiologists. “But in most cases, diagnostic radiation levels are so low that the risk to the patient is infinitesimally small.”

Health Canada reports that a single chest X-ray exposes the body to a mere 0.02 millisieverts of ionizing radiation. A millisievert is a thousandth of a sievert, a unit of measuring radiation as it interacts with the human body. According to the U.S. Food and Drug Administration, this is the equivalent of 2.4 days of background radiation — the tiny amounts of radiation we are exposed to every day from gamma rays in rocks, cosmic rays from outer space and even carbon and potassium from within our own bodies.

“Radiation is around us all the time,” says Lyons. “There’s more the higher you go in the atmosphere. So, for example, if you live in Winnipeg, which is almost at sea level, radiation levels are low. But if you are an airline pilot flying at 35,000 feet, or live in Denver, which is a mile-high city, you’re exposed to a fair amount of radiation every year. And yet it’s well within a normal acceptable range.”

The trouble is that radiation adds up in the body. “If you’re a young person with a chronic illness and you’re having CT scans every six months, the risk is cumulative,” explains Lyons. “And that’s not insignificant.”

According to a 2005 report from the National Academy of Science, a single dose of 10 millisieverts (the approximate dose of a full-body CT scan) produces a one-in-1,000 lifetime risk of developing cancer. Multiple CT scans increase this risk. Lyons says it’s up to the doctor in such situations to understand the risks, think about the appropriateness of safer imaging alternatives and decide what is best for the specific patient’s needs.

“Doctors must ask themselves if they have to use a CT scan every six months in a patient with chronic bowel disease, or if can they use it every two years and in the interim use something like an ultrasound or MRI that has no radiation. They have to be aware that there is a potential risk with radiation, particularly when you’re exposing people to higher doses, such as CT scans, and you have to be aware that there may be other ways of doing things that pose no risk of radiation.”

The risks are real.

Lindsay Whitfield wasn’t overly concerned when her doctor found a small growth on her thyroid during a routine physical. “I had just had a baby,” she says. “Thyroid problems after pregnancy are very common.” But a few months and a battery of tests later, the 31-year-old Toronto woman was diagnosed with thyroid cancer. The slow-growing cancer, which is diagnosed more than any other type of cancer in women aged 15 to 29, has been linked to excessive exposure to radiation. The link between cause and effect is so strong that a thyroidectomy scar is sometimes referred to by the macabre nickname “Chernobyl necklace.”

Says Whitfield, “The first questions my surgeon asked when I met him last December were, ‘Are there any thyroid problems in your family?’ and ‘Have you had an exceptionally high exposure to radiation in your childhood?’ Both answers for me were ‘No.’”

Like any other active kid, Whitfield had broken a few bones and had had a few X-rays during her childhood, but she figured it was no more than average. “I don’t think I was exposed to any more radiation than anybody else,” she says. “But when I heard that there’s a link between radiation and thyroid cancer, I couldn’t help but wonder if maybe I should have been more careful about the X-rays that I had.”

After her surgery, Whitfield may still need radioactiveiodine injections. She’s already had a CT scan of her head, neck and chest to determine whether the thyroid cancer has spread. After her thyroidectomy, she’ll also need a full-body CT scan (whole-body scan, or WBS), which has a very high dose of radiation for a medical-imaging procedure. Exposure is estimated at 10 or more millisieverts. (The average radiation exposure of survivors of the Hiroshima nuclear blast was about 40 millisieverts.) While it sounds like a lot, Lyons says the benefits likely outweigh the risk for her.

Whitfield worries about the radiation her body must endure in the aftermath of her cancer. “It seems counterintuitive,”she says. “But I don’t know of any other options. . . . It’s the lesser of two evils.”

When it comes to dental- and medical-imaging procedures for her baby daughter, though, Whitfield plans to be more cautious. Before her own cancer diagnosis, her child, then eight months old, swallowed a small rubber object. Their family doctor assured Whitfield that her baby had likely passed it without anyone noticing, but offered to fill out an X-ray requisition if it would give the family peace of mind.

“I thought, ‘Why not? Babies and children have X-rays all the time — there wouldn’t be any harm in it,’” says Whitfield. “So I brought the form home, and I thought about it for a few days and weighed the pros and cons. She seemed completely fine and her normal self. And then it was Christmas, and things got busy and we just never had the X-ray done. Now, I’m really happy that we didn’t, because, in my mind, that would have been a very unnecessary X-ray.”

So how can you tell the difference between an X-ray that is unnecessary and one that is vital? Patients have the freedom to refuse any type of medical test they don’t want to have done, but refusing important tests may put your health at higher risk. In fact, medical imaging can sometimes mean the difference between life and death.

When it comes to non-vital tests, dental X-rays likely rate near the top as a test that’s fine to have less frequently, especially if you’re an adult with a healthy mouth and no history of tooth decay. But, regardless of the circumstance, it’s important to talk with your doctor or dentist about the necessity of any imaging test so they can help you weigh the pros and cons.

What is necessary, according to Health Canada, is that women in their 50s and beyond get annual mammograms. “Many scientists have addressed the concerns about radiation,” says Constance Lehman, director of medical imaging at the Seattle Cancer Care Alliance. “In my opinion, the benefits of having regular mammograms far outweigh any potential or hypothetical risk.”

In my case, a mammogram did little to ease my mind; the images weren’t enough for a conclusive diagnosis, so I was scheduled for a core sample biopsy. When given the results, I exhaled for what felt like the first time in weeks. The lump was a fibroadenoma. Benign, extremely common and nothing to worry about — I was free to go. But in other cases, a mammogram could give doctors the diagnostic information they need to save a life.

“This is a relatively young disease, and we really want women to understand that part of staying healthy is to get an annual mammogram. There are areas where I have concerns about the amount of radiation with imaging tests, but mammography for women over 50 is not one of them,” says Lehman. So what about CT scans and other types of medical-imaging tests that involve radiation?

“Everything in medicine is risk-benefit,” says Lyons. “The physician has to say, ‘I need to have some additional information if I’m going to make a diagnosis. An X-ray or CT scan is going to give me that extra information that I can then use to help the patient. I know there is a risk, but I feel that the benefit outweighs that risk.’”

Did you know? The radiation in cellphones, microwaves and the new full-body airport scanners comes from radio-frequency waves, which have a hundred million times less energy than X-rays. In other words, no cause for major concern!

Radiation 101: A quick look at the approximate levels of radiation in common imaging tests and typical daily activities.