How ambition and planning can motivate you for fitness

The New Year is almost here. Put down the beer and lend an ear. Don’t fear, I can — and that’s just about enough of that. 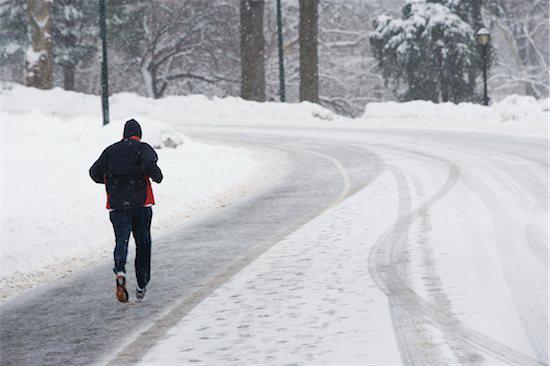 The New Year is almost here. Put down the beer and lend an ear. Don’t fear, I can — and that’s just about enough of that.

I like planning for the future because it gives me something to work towards. Last spring I wrote an article for the LA Times about how signing up for a race can help push your fitness level because it pretty much forces you to train. Yesterday I realized just how right that advice was.

I’ve decided it’s time for me to run a marathon. I write about running a lot and I’ve always had it on the “to do” list, but I’ve been so busy I just haven’t been able to dedicate myself to the longer runs to make it happen. I finally just said this was the year to make it happen, and plan on running one in mid March.

And, amazingly enough, the time to train just appeared out of nowhere.

What I mean is, when I made that decision to run a marathon I started figuring out how I was going to fit in longer runs. Not only that, but it pushes me to be faster, partially because I want to finish the marathon with a decent time, but also because time still is kind of tight, so the faster I do my training runs the more time I have available in my day.

Yesterday I went out for a run and had a GPS app on my phone to check the distance. I thought I should probably try for at least one half marathon this month, and I was feeling pretty good, so I decided to just start running and see how far I would want to go before turning around.

Knowing that full marathon was in the future pushed me. I raced through the 10.55km in 49 minutes, then turned around and headed back. At that point I realized I’d benefited from a tremendous tailwind for the first half, which was now a headwind.

Still, I finished my first GPS-ed half marathon all by myself (I sort of guessed-ran this distance once about five years ago) in 1:41:36. Not bad for a middle-aged guy with short legs. I wasn’t even that tired or sore afterwards.

And I’m feeling great about the three months of training ahead of me. I am looking forward to getting into longer and longer distances and running them as fast as I can.

Of course, that was just a half marathon: 21.1K. I’ve heard “the wall” kicks in some time after 35K. I guess I’ll see what happens.

It doesn’t have to be a marathon, but if your motivation is lagging, sign up for a race. It will move you.