Five Things No One Tells You About Menopause 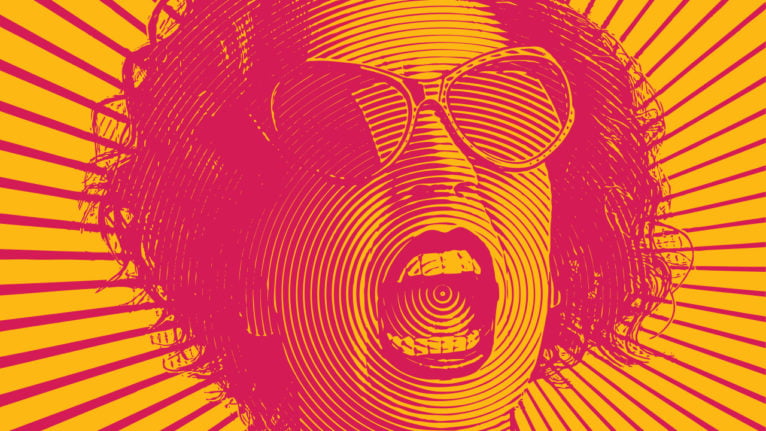 It was straight out of an episode of Grace and Frankie. Fifty-three-year old Sandra Brunner found herself in the floral section of a large supermarket, but as she meandered around the blooms, no one came to assist her. “I waited. Staff walked by. I waited a bit more,” she recounts. Finally, Brunner walked around to the employee side of the service desk, wrapped the flowers herself and walked out. “No one stopped me. No one noticed.”

The way that aging women are rendered invisible is laughable on one hand and enraging on the other. And experiencing menopause only amplifies things. You may feel next-level rage at being ignored in a store, or realize your alcohol tolerance has suddenly changed, or wonder why you’ve started questioning life decisions you were once so sure of. Are these normal parts of the menopause process?

Read on to hear the perspectives of four women who have faced aspects of menopause they didn’t expect—and the advice that health experts have to help them cope.

Think back to your teen years and those seemingly unexplainable mood swings that would take you from happiness to tears to rage at a moment’s notice. During menopause, you might feel that same roller coaster of emotions—and may be drawn to the peaks of fury more often.

“One of my top five menopause symptoms was feeling all the rage,” says Brunner, a Pilates instructor and end-of-life doula. As she began going through menopause, Brunner realized she could relate to women who were looking for a place to put the furious energy raging within them—a fire often stoked by feelings of invisibility. “I started to understand why so many women in their mid-50s take up running, get divorced or become champions for a cause.”

Just like during puberty, hormonal changes are the main cause of severe mood swings during menopause. Finding ways to cope is crucial, and may involve anything from hormone replacement therapy (HRT) to counselling or other medication, particularly if you find yourself dipping into depression.

“I previously had managed my mild depression with exercise and self-care,” says Brunner. “But I increasingly felt less bright and shiny. After discussing it with my doctor, antidepressants have been so helpful.” The North American Menopause Society notes that some antidepressants may offer relief from hot flashes as well, and that they are most effective at easing depression symptoms when partnered with counselling or psychotherapy. If you’re feeling more down than normal, or like your mood swings are out of control, speak to your doctor.

Getting stuck in self-reflection mode

Menopause also forced Brunner to reflect on the life decisions she had made up to that point. “I had no children, by choice, and no current partner. So I was questioning who I was, what I wanted and how I wanted to contribute to society. I thought I had already done a lot of self-reflection work, but this was more of a reckoning.”

Denah Smith, a nurse practitioner at Scarborough, Ont.’s TAIBU Community Health Centre, advises that societal expectation and stigma play a role in self-reflection during menopause. “Society can be a positive influence on one’s life or it can be unduly critical. At times, the stigma that is attached to the various situations can be quite debilitating.”

“Recognizing that I could no longer be a biological mother led to questioning my role in society,” adds Brunner. “Even though I never wanted to give birth, there was still a sense of loss that came with the changes I was going through. I was grieving something I never wanted.”

Smith suggests flipping that reflective lens around: Instead of figuring out how you fit into society, think about what you can contribute to society. “Women become aware that at this stage in life they are able to focus on themselves and also give back.”

Deesha Philyaw is a 49-year-old author who realized her relationship with alcohol changed during perimenopause. “I lost my tolerance and started having migraines. The dehydration of even a few drinks would leave me with a two- or three-day ocular migraine that would affect my vision,” she explains.

“Alcohol is known to be a diuretic, which depletes water from one’s body and may subsequently lead to dehydration,” explains Smith. “The effects of dehydration are less tolerable for individuals in their 50s, as opposed to someone in their 20s who may be able to compensate better with this fluid/electrolyte imbalance. Dehydration can lead to not only migraine headaches, but also dizziness, dry mouth and fatigue.”

Regardless of alcohol intake, migraine activity is a common issue during menopause. “For some women, migraines that were linked to menstrual cycles can finally resolve. For others, they might develop migraines for the first time, or migraines can get worse,” says Dr. Aisha Lofters, a family physician at Women’s College Hospital in Toronto.

Going it alone in early menopause

Shondriette D. Kelley is a 42-year-old appellate attorney who experienced early menopause due to a health crisis. “My breast cancer was hormone receptive. I was on ovarian suppressants for a while, and I started having mild menopause symptoms. I had my ovaries removed in February 2019, at 41.”

Undergoing an oophorectomy (the surgical removal of one or both ovaries) can often lead to early menopause, and as Kelley discovered, when you arrive early to the party, your support network is often limited. “None of my friends have hit menopause yet; some of them are still having babies. My go-to people for questions have been my mama and my oncologist. It probably would have been harder to deal with if I’d gone into early menopause naturally. However, I’m fine with it if it’s the price I pay to keep the cancer from recurring.”

Sixty-three-year-old sales and marketing professional Renee Lalonde is shocked that menopause is still not a topic that women speak about openly. “When I bring it up, I get reactions of wincing, shivers or laughs, with a few women asking questions upon questions. I know several women in their mid- to late 40s who are in denial or shudder at the thought that they’re in perimenopause—as if it’s a death sentence. I actually never felt that way. I was in a hurry to get over the inconvenient stage, but I just couldn’t wait to never ever have to deal with a bloody mess between my legs again!”

“There are many issues that are such normal parts of women’s health that we treat as taboo, from menstruation to symptoms of pregnancy to menopause,” says Lofters. “As a society, we need to stop acting like these issues are anything to be ashamed of, or that talking about them is distasteful.”

“Menopause is certainly a life-changing event in a woman’s life,” adds Smith. “It’s important to embrace these changes with a positive outlook and still be involved in making life as fruitful as possible—getting involved in hobbies, participating in recreational activities, socializing.” As for the best way to combat the taboo of menopause? Keep talking about it.