Is it safe to run a marathon when you're pregnant? 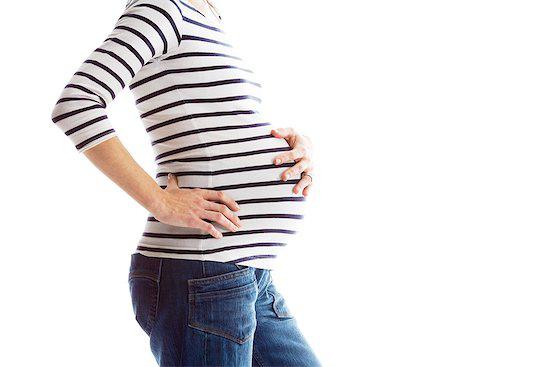 I just had to write about this one.

On Sunday evening, Amber Miller gave birth after running the Bank of America Chicago Marathon. Well, she didn’t actually run it, as her time was a fairly sedate 6:25:50, but really: she finished a marathon at 39 weeks pregnant, and then gave birth that evening! I think that’s cool.

I’ll note that my wife, a family physician, asserts that she wouldn’t recommend a woman run a marathon while pregnant, but she’s okay with shorter races.

There has been an evolution in thought, throughout time, about exercise. It used to be that doctors didn’t recommend exercise for anyone, pregnant or not, but Jack LaLanne helped change that line of thinking.

But it took quite a while for them to come around on the exercising-while-pregnant issue. First, it didn’t matter if you were already in great shape and exercised prior to getting pregnant. Once that bun was in the oven, the medical establishment wanted you to take it easy. Then this evolved to thinking that it was okay to exercise when pregnant, but only if you were already a regular exerciser. They didn’t want you starting an exercise regimen while pregnant.

Now doctors actually encourage pregnant women to start exercising if they don’t already, as it’s been shown to improve the mother’s health and alleviate some pregnancy-related symptoms, as well as lower blood pressure. I’m not surprised that women can handle this. For most of human history females were doing lots of physical labour right up until their water broke.

This doesn’t mean that you should start training for a marathon while pregnant, and you should definitely discuss this with your doctor, but think on this: many women have a tough time losing that pregnancy weight, and getting a jump start on an exercise program while pregnant can improve the chances of getting back into action soon after the baby is born. There are lots of strollers and child-carrying devices out there that make exercising with baby a lot more feasible, and if you’ve already built up some endurance then you’re going to feel more energized and willing to quickly return to your exercise regimen.