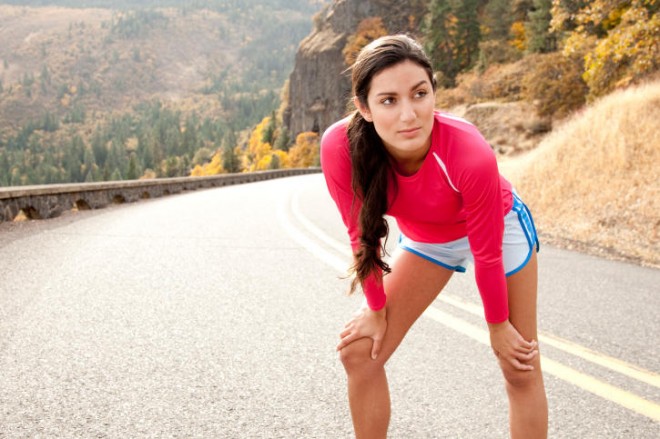 Some people think that they are a ticking time bomb when it comes to cancer, but it turns out that genetics only play a small role in contracting the disease — a 2008 review determined that only five to ten percent of all cancers, including breast cancer, are related to genetics. For those who do have the genetic tendency towards breast cancer, those genes translate in up to an 80 percent risk of contracting the disease during their lifetimes.

But going beyond genetics, the study also reported that “evidence indicates that of all cancer-related deaths, almost 25–30 percent are due to tobacco, as many as 30–35 percent are linked to diet, about 15–20 percent are due to infections, and the remaining percentage are due to other factors like radiation, stress, physical activity, environmental pollutants, etc.”

This shows that there are some things we can do to lower our chances of getting cancer, breast or otherwise: don’t smoke, eat healthy, relax, stay away from toxic chemicals and exercise. But also, get enough sleep.

The connection between exercise, sleep, and breast cancer

An interesting study presented at the 2008 Annual International Conference on Frontiers in Cancer Prevention Research suggested that regular exercise can decrease a woman’s risk of cancer — if she gets enough sleep, that is.

According to Dr. James McClain, “Greater participation in physical activity has consistently been associated with reduced risk of cancer incidence at several sites, including breast and colon cancers.” However, “short duration sleep appears to have opposing effects of physical activity on several key hormonal and metabolic parameters, which is why we looked at how it affected the exercise/cancer risk relationship.”

Exactly how exercise helps prevent cancer isn’t known, but it is surmised to be due to a number of factors, including helping to maintain a healthy body weight, boosting your immune function, and stabilizing hormone levels.

In this study, almost six thousand adult women of varying ages with no history of cancer were followed for nearly a decade. Those in the top half of physical activity energy expenditure (PAEE, which essentially means number of calories burned) showed a significantly lower risk of overall cancer and breast cancer. However, a link was found between amount of sleep and cancer risk as well.

Even for those who were in the top half of PAEE, if they averaged less than seven hours of sleep a night then much of the protective effects of regular exercise were wiped out.

What could exercise mean for breast cancer prevention?

As for breast cancer specifically, a study of several thousand women from 2007 showed that women who did six or more hours per week of strenuous exercise reduced their risk of invasive breast cancer by about 23 percent compared to inactive women.

And it’s never too late to start. The breast cancer study reported, “A woman’s hormone levels naturally fluctuate throughout her life, and we have found that exercise likely offers protection against breast cancer regardless of a woman’s stage in life.”

These studies just looked at the direct relationships of exercise and cancer prevention, but there are other, indirect relationships. For example, exercise is a proven gateway behaviour to other positive health changes, such as quitting smoking, improving diet and yes, even better sleep habits.

Beyond cancer prevention, there are many reasons to become a regular exerciser. Yes, you can achieve certain vanity goals, but there are myriad other health benefits such as reduced stress, improved cognitive function, and even having fun.

Helping to prevent breast cancer is one more of those awesome things exercise can do for you. It’s not too late to embrace the awesome.

James S. Fell, MBA, is a certified strength and conditioning specialist in Calgary, AB. He writes the column “In-Your-Face Fitness” for the Los Angeles Times and consults with clients on strategic planning for fitness and health. Get a free metabolism report at Body For Wife.