Does running really hurt your knees?

If you do it correctly, running is actually good for your joints and could help you live longer 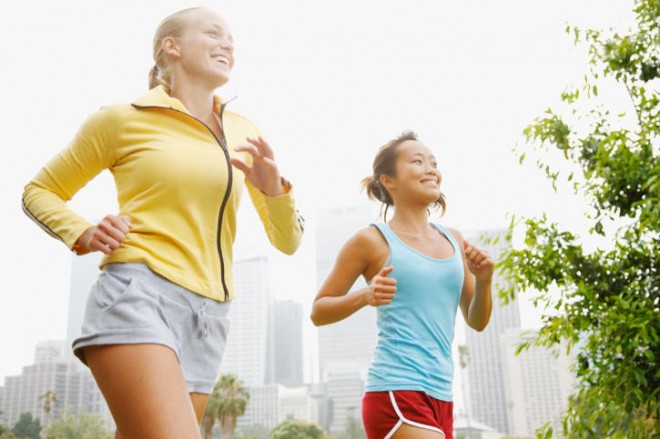 I’m a bit of a klutz. So far I’ve broken a total of nine bones, two of which were my ankles during my rapidly growing teenage years. Both of these ankles were broken through the “growth plates,” and both required a non-invasive procedure called a closed reduction so I didn’t wind up all lop-sided as an adult.

My ankles bothered me a fair bit during my 20s and early 30s, and then I started running.

And I failed miserably.

See, I’d built up some cardiovascular capabilities through years of weightlifting. For my first run I was able to manage 5K at a decent pace, and for the next few days I hurt from the eyebrows on down, especially in the ankles. I didn’t have shin splints; I had shin-fire-pain-blades-of-death splints.

So, yeah, the running didn’t take.

After making the same stupid mistake a couple more times (you’re now starting to get an idea about how I’ve broken nine different bones, aren’t you?), I finally wised up. I decided I was going to become a runner, dammit, and so I ran a kilometre. Just one, then I stopped.

I did that twice a week, adding half a kilometre to the distance each week. The result was no pain and not too much in the way of blisters. Seven years later I average at least 50K a week and my ankles are just peachy. Seriously, running fixed my ankles.

Oh, and my knees are good too. In fact, everything is good. I’ve got bulging discs in my lower lumbar and every time my back gets stiff a good run loosens things up so that my back rarely bothers me. My cholesterol, heart function and blood pressure are all awesome, the running slimmed me down a bunch more (in a good way — I kept all the muscle gained from weightlifting), and it’s just made me healthier all around.

I see myself as a prime example of how running can do great things for a body, but that’s just one anecdotal example.

Running often gets a bad rap. I hear lots of people tell me they can’t run because of their knees or ankles (another anecdote: I know a guy who had major reconstructive surgery on his knee — and he’s a nationally ranked tennis player and is training for his first Ironman Triathlon).

Another reason why I’m writing this article is because of an email I received a little while ago. The author wrote: “I have a friend that runs everyday…but I worry that it’s hard on his knees because I think he is overdoing it…I just worry about his joints becoming a long-term problem later.”

Is he overdoing it? That’s a good question that only he can answer. If he’s experience lots of regular pain, yet still running anyway, then he is overtraining. If everything feels peachy, then if it isn’t broke it doesn’t need fixing, right?

The human body can take a lot, as long as progression is gradual (like I did starting with just 1K). If you get enough rest and don’t consistently push to the limit, then your body adapts and you get stronger, not weaker.

Now let’s look at what the research says about lots of running and its effect on the body.

Stanford University researchers did a 21-year longitudinal study published in the 2008 Archives of Internal Medicine that looked at running and its effect on quality of life and mobility. They asserted that, “Vigorous exercise (running) at middle and older ages is associated with reduced disability in later life and a notable survival advantage.”

So, the folks that run lots have reduced disability. Sounds to me like their knees and other joints were holding up pretty well compared to non-runners. Also, note the use of the word “vigorous.” These were runners, not just joggers.

The above study agrees with a six-year study published in 1996 in Arthritis and Rheumatism that found, “Vigorous running activity over many years is not associated with an increase in musculoskeletal pain with age, and there may be a moderate decrease in pain, particularly in women. Vigorous physical activity is associated with greatly decreased levels of disability and with decreased mortality rates.”

To get a general assessment of running and how it affects the body, I spoke with Dr. Reed Ferber, an assistant professor of biomechanics at the University of Calgary and director of the school’s Running Injury Clinic. “There is strong evidence,” Dr. Ferber told me, “that chronic, lifetime running is safe and effective at prolonging your life and reducing your risk of developing osteoarthritis.”

Osteoarthritis is a degenerative joint disease. Dr. Ferber asserts that running reduces your risk of getting this, not increases.

Maybe running isn’t so bad for your joints after all.

James S. Fell, MBA, is a certified strength and conditioning specialist in Calgary, AB. He writes the column “In-Your-Face Fitness” for the Los Angeles Times and consults with clients on strategic planning for fitness and health. Visit www.bodyforwife.com or email him at james@bodyforwife.com.