Do You Really Need An Air Purifier? We Tried The New $450 Dyson Device To Find Out

Here’s everything you need to know about the latest launch from Dyson—and the science behind it. 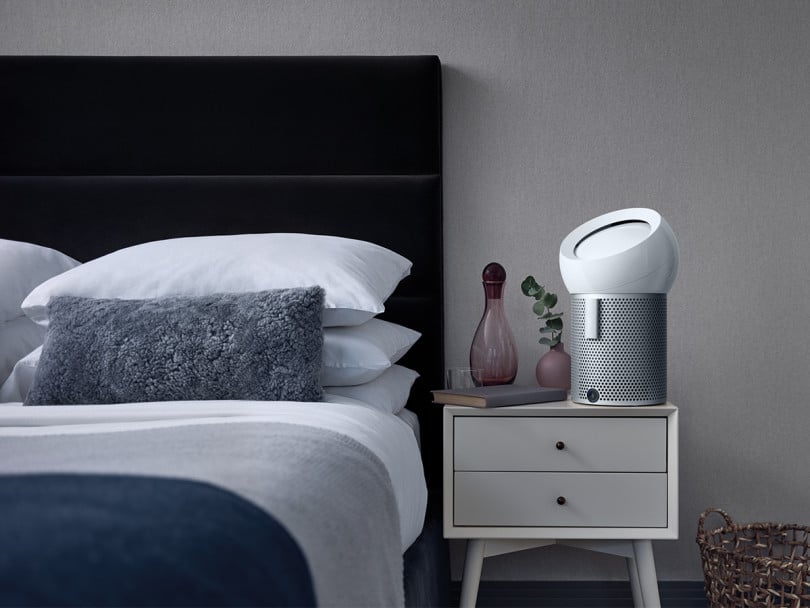 The damaging effects that air pollution can have on our health are well-documented, but chances are you haven’t given much thought to what lurks in the air you breathe at home and at the office. You might think you’re safe from pollution behind closed doors, but research shows that air quality is often worse indoors than out due to the accumulation of pollutants that breeze in through open doors and windows, as well as the byproducts of daily life such as cooking, cleaning, smoking and pet dander.

As a result, companies have been launching a host of devices that promise to improve indoor air quality, including, most recently, Dyson’s new personal purifying fan. For two weeks, I tested the Dyson Pure Cool Me, a sleek air purifier and fan combo that retails for $450, to see if it could cool and refresh the air in my office cubicle. Here’s everything you need to know about the latest launch from Dyson—and the science behind it.

How is the Dyson Pure Cool Me different from an ordinary fan?

Dyson is known for its futuristic bladeless fans, but the Pure Cool Me device offers more than just a cool breeze thanks to its air treatment function. Dyson calls this double-duty appliance a personal purifying fan—in other words, it’s a fan that delivers clean air in a focused stream just big enough for one person.

The Dyson Pure Cool Me uses a high-efficiency HEPA filter and an activated carbon filter in the base of the appliance to, the company says, collect and trap pollutants, particles and odours before circulating the purified air back to you. Unlike other air purifiers, the Dyson Pure Cool Me is designed to deliver clean air straight to you, rather than the whole room. The dome—from which the clean air comes out—can be adjusted up and down to direct the airflow wherever you need it the most and also rotates from side to side. The design-forward air purifier is available in either white and silver or black and nickel. And, while Dyson’s personal purifying fan doesn’t connect to your smartphone, it comes with a handy magnetized remote control that sticks to the front of the device so you always know where to find it, a sleep timer and an LCD display that shows the airflow speed (there are ten variations) and lets you know when the filter needs to be replaced.

How do air purifiers work?

An air purifier strains air through one or more filters to remove potentially harmful particles and irritants. According to Jeffrey Siegel, indoor air expert and professor of Civil Engineering at the University of Toronto, the pollutants that these air cleaners are designed to filter out—including small particles from cooking, dust, pollen, bacteria, mould, smoke and odours—can be damaging to our health.

What should I look for in an air purifier?

When it comes to finding a good air purifier, there are two parameters to consider above all: efficiency and airflow. Efficiency refers to how well an air purifier can filter out certain particles. “Particles come in many different sizes,” explains Siegel. “A good air purifier will remove particles smaller than a micron with a high efficiency.” Look for an air purifier with a HEPA (High-Efficiency Particulate Air) filter, a designation that indicates that the filter satisfies high efficiency standards and can capture 99.97% of particles as small as 0.3 microns. Generally, an air cleaner that doesn’t require filter replacements should be investigated closely, as it can mean that the device uses ionizers, the byproduct of which sometimes generate ozone, a harmful respiratory irritant.

Just as important as efficiency is airflow rate. “How much air is going through the device matters a lot. High efficiency air cleaners with low airflow rates don’t do a very good job cleaning the air because even though they remove most of the particles that pass through them, not very much of the air in a room passes through,” notes Siegel. A high airflow rate ensures that more air is cleaned efficiently, resulting in overall better air quality. You should also look for an air purifier that’s appropriate for the size of the room it will be used in, unless you opt for a personal air purifier like the Dyson Pure Cool Me.

Are air purifiers really worth using?

“You’re never going to cause a problem by using it. Err on the side of using these air purifiers and the worst that can happen is that you don’t get quite as much benefit as you hoped,” says Siegel. But while we can all benefit from breathing in cleaner air, people who suffer from respiratory conditions such as asthma or allergies are more sensitive to particles and irritants. Medical professionals will often recommend the use of an air purifier to help alleviate symptoms in patients who suffer from respiratory conditions, especially when they experience seasonal flare-ups.

Where should I use an air purifier?

In most cases, an air purifier should be used in the bedroom because many of us spend a huge chunk of our time there. A small air purifier on your desk at work is also a good idea. I chose to test the Dyson Pure Cool Me at the office, where I spend most of my waking hours, so that I could keep track of how well it worked. Though the device is small, it took up precious real estate on my small desk and the precise airflow felt just a little too focused as I was sitting so close to the mouth of the fan.

Another thing to consider is how noisy an air purifier can be—especially considering that, for best performance, a purifier should be run at its highest setting. “People should be conscious of the fact that if they’re not hearing much, they’re probably not getting much benefit. You need a lot of air flow rate and there’s a problem here because moving air makes noise,” says Siegel. At its highest setting, the Dyson was too loud to either sleep or work. Even at a medium setting, my co-workers could hear the whirring of the fan over the shared walls of our cubicles.

How often should an air purifier filter be changed?

When you need to change the air filter varies according to usage. You should always follow the manufacturer’s guidelines, which can vary from brand to brand. “If you’re not doing it, there’s no point having an air purifier at all. You’re removing things from the air that you don’t want to breathe in and then you’re passing all the air that you’re breathing across this dirty filter and contaminating it,” explains Siegel. There’s generally no danger to running an air purifier with an old filter, though it can cause odours and won’t provide any extra benefits.

In the case of the Dyson Pure Cool Me, a notification pops up on the device’s LCD screen to let you know that it’s time to change your filter. According to Dyson, a filter should be good for about a year when used daily for twelve hours a day and the cost of a replacement filter is around $100.

Are there other ways to improve air quality at home?

Air purifiers can help keep the air in your home cleaner, but shouldn’t be used in place of quality appliances and healthy habits. “Your first line of defence is what’s called source control,” says Siegel. “When someone is doing a kitchen renovation, the last thing they pay attention to is the range hood fan that goes over their stove, but that’s where you should focus your attention. A good range hood is ten times better than any air purifier.” If you’re trying to keep indoor air pollution to a minimum, you should also avoid combustion of any kind, including smoking, candles and aromatherapy products. If you’re not ready to throw away your scented candles just yet, keeping your windows closed and taking off your shoes when you enter the house can help minimize the spread of pollutants and allergens from the outside. 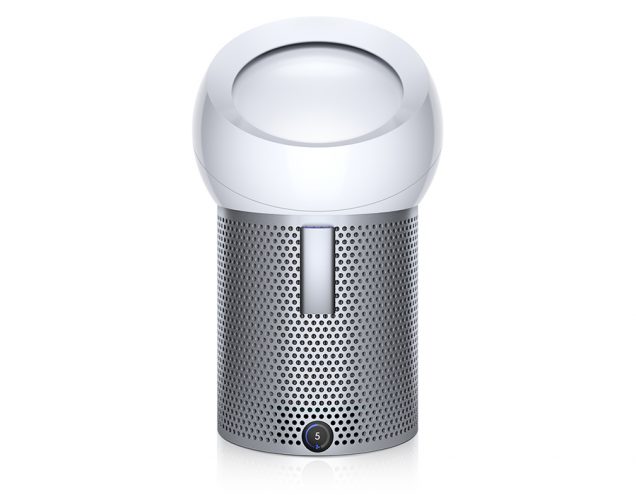 Are there any benefits to using a personal air purifier and fan combo?

The jury is still out. In the case of the Dyson Pure Cool Me, it’s especially complicated due to its small size. “If the device is delivering enough clean air, I would like it to go directly to the person rather than the room first. Whether that’s an actual benefit depends on the details and it hasn’t been totally verified yet,” says Siegel.

Though I’m sure there are benefits to having your own personal air purifier blow clean air straight at your face if you suffer from asthma or chronic allergies, I found the Dyson Pure Cool Me underwhelming for the price tag. The airflow was a touch too focused, IMO, with no way of adjusting it to a comfortable level on a small desk. Plus, at higher speeds (the most effective way to use an air purifier), the machine was way too noisy. I didn’t see any difference in the quality of the air in my cubicle, but the cool breeze was a welcome addition to my workspace on hot days.